September 8, 2020  By Ontario Food Terminal Board 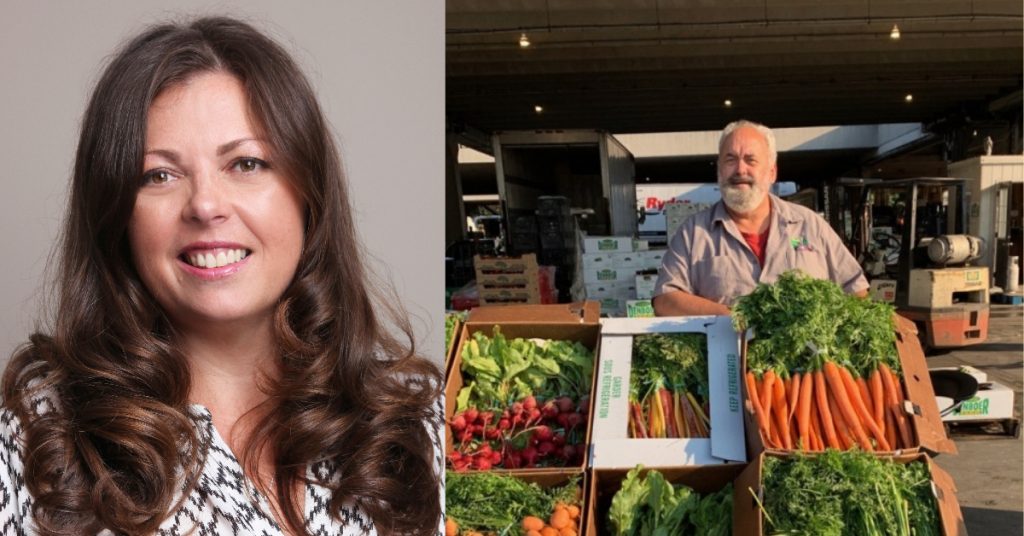 The Ontario Food Terminal welcomes Christy McMullen as vice-chair and John Den Boer as a director to the Board.

The Ontario Food Terminal Board (OFTB) has a new Vice Chair and a new director effective August 31. Christy McMullen of Summerhill Market in Toronto is serving as Vice Chair of the organization, and John Den Boer of Den Boer Family Farms near Tillsonburg has assumed a director position. Both have been appointed by the Ontario government to three-year terms.

“We are pleased to welcome Christy and John to our talented board team, and we look forward to working with them in their new roles,” says OFTB Chair Ken Knox. “This is a challenging time for the produce industry and the skills and perspectives they bring to the table will be a welcome asset as we continue to work hard to ensure a safe, reliable food supply for the people of Ontario.”

McMullen worked as a chartered accountant in Canada and abroad before returning to the family business in the heart of old Toronto, which she co-manages with her brother. She’s past Chair of the Canadian Federation of Independent Grocers and is a board member of the Vineland Research and Innovation Centre.

She takes over the Vice Chair role from Mark Pearlman, Chief Operating Officer CannAssist Group Inc. who first joined the OFTB in 2006. During his tenure on the board, Pearlman encouraged OFTB support for local food banks and this year alone, over 180,000 pounds of food have been donated from the Terminal.

Den Boer grew up on a vegetable farm in the Netherlands and worked in the produce and grocery industries there before moving to Canada with his family in 1992. The family farm near Tillsonburg, now managed by his son and daughter-in-law, produces a wide range of vegetables that are primarily sold at the Terminal. He’s President of the Toronto Farmers’ Association and is currently a member of the OFTB COVID-19 Crisis Response Team.

Den Boer replaces outgoing board member Margaret Appleby, a part-time professor in the Food and Farming Program at Durham College and owner of Northumberland Hills Farm. Under Appleby’s leadership as chair of the Farmers’ Market Crisis Committee, the farmers’ market at the Terminal has been able to keep operating throughout the pandemic.

“Mark and Margaret have both made tremendous contributions to this organization that have had far-reaching benefit into both the horticulture sector and the broader community, and we thank them for their dedication and service to the Ontario Food Terminal Board,” adds Knox.

The Ontario Food Terminal is Canada’s largest wholesale fruit and produce terminal. Approximately 2.1 billion pounds of produce are distributed annually from the 40-acre site in Toronto as far west as British Columbia, as far north as Fort Albany and as far east as Newfoundland. The Terminal supports approximately 100,000 direct and indirect jobs and is entirely self-funded.