Features
OGVG fertilizer partnership could be first step in bio-economy 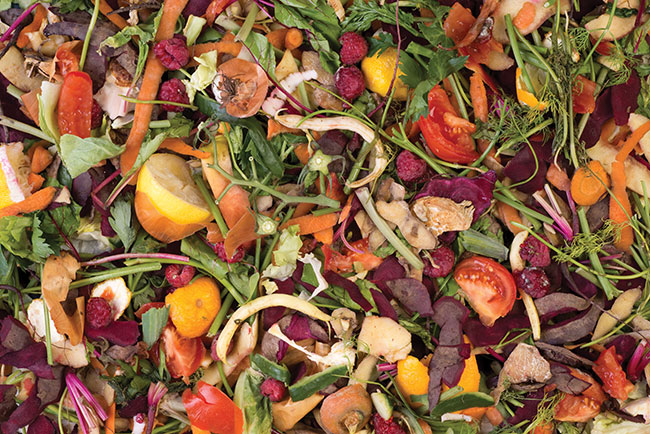 OGVG partnering with Highline Mushrooms to use raw materials from greenhouses

The Ontario Greenhouse Vegetable Growers (OGVG) have established a partnership with Highline Mushrooms to use raw materials from greenhouses as an alternate fertilizer material. Representatives say that the partnership could be the first step in a regional bio-economy and could be a significant relief as fertilizer and manure costs have increased over the course of the COVID-19 pandemic.

“We saw an opportunity to divert organic waste from the local landfills as they were approaching their prescribed capacity limits as per their environmental compliance agreements with the Ministry of Environment, faster than anticipated” says Aaron Coristine, manager of science, regulatory affairs and government relations for the OGVG. “One of OGVG’s key pillars right now is sustainability, so we thought there was an opportunity in utilizing our organic waste material as an alternative fertilizer that could be utilized by other segments of agriculture.”

The project centers around the OGVG’s members’ waste plant materials, such as trimmings, leaves and fruits. They had the materials sent for analysis to determine exactly what the composition makeup was, particularly as it related to nitrogen, potassium, and phosphorus among other nutrients that would be important for growing food. Coristine says that they found the plant materials to be comparable to traditional fertilizer products, which validated their concept. They found Highline Mushrooms to be an ideal partner and started sending them about 40 tonnes of organic waste per day as a trial. They have since determined it feasible to scale that up to 120 tonnes per day. 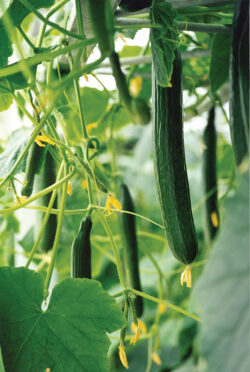 Three farms are participating in the pilot project partnership with Highline Mushrooms, but those farms may just be the first, according to OGVG’s Aaron Coristine.

“We see an opportunity to scale up as Highline grows and as we become a little more robust in this project,” says Coristine. “This could be what we are viewing as the initial phase of the development of a circular bio-economy, where we are using our by-products or unmarketable commodities and plant material to generate a novel system.”

The OGVG represents approximately 180 growers, of which currently three farms are participating in the pilot project partnership with Highline Mushrooms. But those three farms might just be the first – Coristine says that the OGVG are open to further partnerships with other producers, and other sectors entirely.

“We are well on our way in exploring other avenues where we could utilize the waste, such as through pyrolysis to create biochar, as well as potentially working with Enbridge and landfills to generate renewable natural gas from the decomposition of the organic materials. We’re also looking at some unique projects to extract the nutrient content out of the commodity and the plant material itself to repurpose.”

With a few initial hiccups regarding scheduling out of the way, Coristine says that things have progressed smoothly ever since. However, there will be logistics that have to be considered as they expand the project. Their products should be used within 24 hours – not a major concern at the current scale they are operating at, but if the number of OGVG members contributing materials and the locations where the materials are sent continue to expand, the logistics of establishing a delivery network could become more challenging. But Coristine is confident they can handle it and that the benefits will be worth the effort.

“There’ll be hurdles to jump over, but it’s certainly nothing that we wouldn’t be able to get done. We’re reducing our reliance on landfills, we’re reducing our greenhouse gas footprint, we’re reusing waste product to grow food. We are creating a regionalized bio-economy where we are minimizing waste and maximizing output.”

While Coristine hasn’t connected with any other national associations of greenhouse growers about it, he hopes that as the OGVG continues to scale up and demonstrate positive benefits, that they would be interested in assisting the undertaking of similar efforts in other areas to share what they have learned.

“In Ontario, and nationally, we pride ourselves in always looking to move the needle, to be disrupters in the agriculture space and to be innovative and creative – to really lead the way to new opportunities for agriculture.”