It was indeed a special year in 2007 for industry veteran Allen Monsma.
He celebrated nearly 50 years of involvement in various capacities of
the greenhouse and nursery trade. 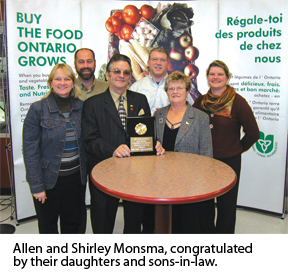 It was indeed a special year in 2007 for industry veteran Allen Monsma. He celebrated nearly 50 years of involvement in various capacities of the greenhouse and nursery trade. A.M.A. Plastics, the company he co-founded with his wife, Shirley, celebrated its silver anniversary.
The Monsmas also celebrated their golden wedding anniversary.

And to top it off, Allen was saluted as an industry pioneer by his peers with Grower Of The Year recognition by the Essex County Growers Association.

As an industry supplier, Allen Mons 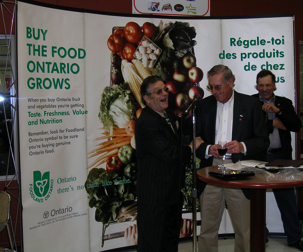 ma contributed a great deal to the success of his many customers, in addition to working towards technology
improvements. He and Shirley emigrated to Leamington from the Netherlands in 1956 with a few personal possessions and about $56. This quiet man of few words, with the “patience of Job,” had – and still has – a drive and determination that built a comfortable life for his family, a successful and thriving business, and an example to others in compassion, patience, charity, kindness, faith and loyalty. A.M.A.  Plastics is now a multi-faceted industry supplier with customers across North America and throughout the world.

During his acceptance speech, he thanked his family for their support, and expressed heartfelt appreciation for the tireless work of his employees, the dedication of his suppliers, and the loyalty of his many longtime customers who have all contributed to A.M.A.’s success. 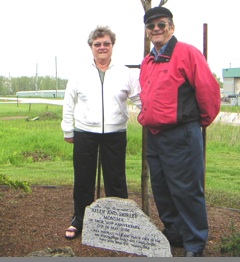