Features Business Trends
Gauging the State of the Industry

In our second annual report, we asked experts across Canada to assess current challenges and future opportunities. The consensus: cautious optimism. 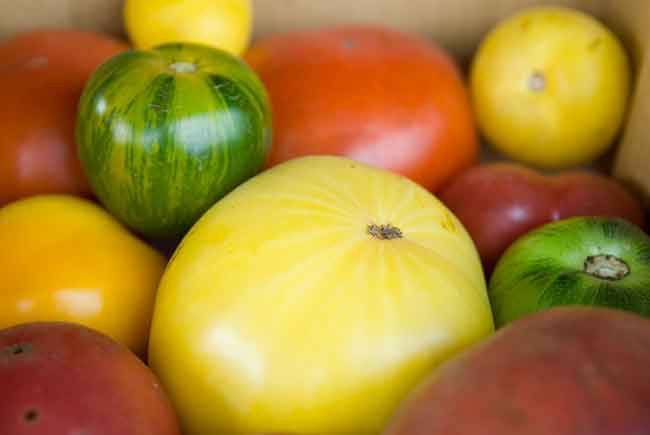 January 2016 — Last year at this time, we looked at the factors impacting Canada’s greenhouse industry from coast to coast, and what’s to come – all part of our first state-of-the-industry report.

Reader response was positive, and so we now present a new taking-of-the-pulse feature that includes new voices and views.

Here is a cross-section of prominent industry experts, with their thoughts on current trends and issues that will affect the industry in the years and decades ahead.

Some of the issues raised last year remain, as reflected in this report, but there were a few new concerns raised.

“Going forward, growers will need to be more focused on renewable fuel options as a means of reducing carbon,” Taylor says.

Taylor points to the price of electricity in Ontario as a key area of concern for those wanting to expand. She notes that many Ontario growers are keen to move towards increased lighting for year-round production, but they’ll need to be able to access reasonably priced electricity on par with that offered in competing jurisdictions.

Linda Delli Santi, executive director of the B.C. Greenhouse Growers’ Association, believes both electricity and natural gas costs will rise in that province.

“In the short-term, I believe they will be steady. However, especially with liquefied natural gas (LNG) being developed in B.C., we may see higher demand and less supply for the local market. Australia has a strong LNG export market and the local price of natural gas has risen substantially since that has come onboard.”

THE NEED FOR IMPROVED HYDRO DISTRIBUTION INFRASTRUCTURE
Delli Santi believes that if BC Hydro made electricity more economical and more available with better infrastructure, there would be more lighting, and “with that would definitely come an increased use of LEDs, as it would lead to greater margins for producers.”

In 2013, Quebec began offering a special electricity rate for artificial lighting in the greenhouse sector for year-round production. Provincial greenhouse specialist Liette Lambert says “introduction of the new LED lighting combined with sodium lighting is slow because these lamps are still costly,” but that “development of less-expensive biomass burning technologies (including gas recovery for CO2) as well as year-round vegetable production with supplemental lighting is likely to continue.”

Lambert is the greenhouse and horticulture fruit/vegetable agronomist at Quebec’s Ministry of Agriculture (MAPAQ), and her comments include input from Michel Senécal, MAPAQ ornamental plant specialist. In addition, the Syndicat des Producteurs en serre du Quebec (the provincial greenhouse growers’ association) was in touch with Lambert and is satisfied that her responses reflect the province’s entire greenhouse sector.

As is the case elsewhere, energy remains a major issue in the province.

“In the past year, many companies invested in energy efficiency technologies (thermal screens, hot water tanks), but especially in biomass heating,” Lambert notes.

While cogen projects have also emerged, access to natural gas remains somewhat of a barrier. However, new energy efficiency initiatives are now available, such as Ecoperformance and Technoclimat.

“Also, the Quebec government is currently preparing its new Energy Policy,” Lambert notes, “[which] should encourage the development of an economy that is less dependent on fossil fuels and increases leadership efforts regarding innovation, renewables and energy efficiency.”

Marketing and production trends: Bob Pringle, CEO of United Flower Growers (the B.C. flower auction) believes that growers in that province will continue to be competitive against imports with certain crops.

“For example, we have a lot of gerbera production and little is imported, and our gerberas are exported as well,” he notes. “It helps that our dollar is weak.

“Over the last year, we’ve seen production of spray mums go down because a single larger grower stopped growing them, and so their prices are high. Overall, good quality and new items are always important.”

Pringle also notes the increase in buyer size. “This is a long-term trend,” he says. “These bigger buyers such as Walmart and Costco sometimes go directly to growers, and growers who can handle that may have an advantage. Spontaneous purchases of plants and flowers are done at large retailers now, not at small flower shops who deal with wholesalers.”

GREATER DIVERSIFICATION EFFORTS BY GROWERS
While tomatoes are still the main greenhouse veggie crop in Quebec (almost 60 per cent of all sales), Lambert says greenhouse owners are diversifying into more specialized lines of cherry, grape, heirloom and organic tomato varieties, among others, to meet consumer demand.

Lebanese cucumbers, bell peppers, strawberries, lettuces, herbs and sprouts are being grown now, along with exotic ethnic vegetables such as mache, eggplant and napa cabbage.

Since about 2008, sales in the ornamental sector have slowed because consumers – especially younger ones – have less time for gardening and use more landscaping services.

“They look for ready-to-use products,” she says. “They have no interest in annual plants and planters that need more maintenance. They prefer vegetable gardens, in accordance to the growing interest for urban farming.”

Because of the time factor for consumers as well as their concern for the environment, Quebec flower producers are therefore focusing on low-maintenance plants that are drought- and pest-tolerant.

Labour concerns: Rick Seguin says that labour costs are always a concern, as they are a significant contributor to overall costs. “This industry is a heavy user of the Seasonal Agricultural Workers’ Program (SAWP) and we fully support it,” says the new general manager at OGVG. “We see this program as benefiting the visiting workers, the greenhouse growers and local communities.”

Delli Santi agrees. “It is difficult to get Canadians to work in the greenhouse. We face stiff competition from Mexico. Their labour costs are substantially lower and it is difficult for us to pass on that difference to our customers. We will continue to rely heavily on SAWP and the Temporary Foreign Workers (TFW) program to remain a viable industry.”

Lambert reflects the same sentiments. “Access to labour is essential for growers to take their place in new markets and ensure their sustainability,” she says. “Constraints linked to the TFW Program limit the sector’s economic development … Programs and regulatory standards are not always adapted to seasonal activity, nor to the reality of summer peaks, various intensity and irregularity of short-term jobs.”

Gerard Schouwenaar, owner at Orchard Park Growers (St. Catharines) and chair of Flowers Canada Growers, feels the same way. “We will have to continue to use offshore workers,” he says, adding that the increased minimum wage in Ontario is forcing growers to further automate.

Moving forward: So what will be the biggest challenges and trends facing greenhouse owners over the next 10 to 20 years? We asked our industry experts to bring out their crystal balls and offer some predictions!

Taylor believes the move to 12-month production will become increasingly important over the next few years as consumers become more selective.

Seguin foresees that in the medium-term, environmental pressures, both imposed by governments and demanded by consumers, will add challenges to local production. “Water use and local water quality are likely to continue to be closely monitored,” he says.

Delli Santi notes that “climate change is putting pressure on our water supply, and if we continue to see drought-like conditions, it could lead to future water restrictions.”

Also, in order to increase the sales of products grown and processed in Quebec, the government supports “Aliments du Quebec” – an organization that delivers proof-of-origin certification.

“There is also a MAPAQ initiative to help increase sales in the institutional sector (hospitals, schools, nurseries) of products grown and processed in Quebec,” Lambert notes. “To secure market share, aiming at year-long production is inescapable.”

Delli Santi believes overall sales of greenhouse veggies will only increase. “People are becoming more aware of food safety issues. If our industry can capitalize on this trend, we can gain more market share.”

INNOVATIVE MANAGERS
Schouwenaar stresses, however, that those who will continue to succeed in Canada’s greenhouse industry know they must be more than just growers.

“You have to be very innovative when it comes to not only growing but truly managing a business in regard to HR, sales, financing, etc.,” he says.

He thinks any grower who is moving ahead is using LEAN manufacturing principles.

“In floral, as with vegetables, the margins are tight,” Schouwenaar notes, “but there are still opportunities for progressive growers. Some small floral growers are doing OK with interest rates and gas prices being low and family members being involved, but other utilities such as electricity are going up, and the efficiencies of scale are not available to them. So they are hanging on but are not able to reinvest.”

Most importantly, he believes greenhouse growers have to “keep reminding government we are agriculture, because if we don’t, all the regulations relating to labour, the environment and so on will continue to pile up on us. We have to tell the good story that we are producing quality farm products, generating many dollars and taxes for the people and government, and caring about the environment.

“The more we can tell the good story of our agriculture sector to government and the public, the more it benefits us.”


Related
‘Grow it yourself’ garden trend for 2009
Survey: older demographics biggest users of green products
What are you doing for the environment?
Deck the halls with European trends