Oct. 21, 2010, Encinitas, CA – As most of you know, Jack Williams passed
away unexpectedly on Monday, Oct. 18, 2010, while travelling on
business in Australia. The news of his passing came as a complete shock
to everyone.

“I am on the longest, craziest journey of my life and loving every minute of it! Who would have known a few plants would take you around the world!”
– Jack Williams 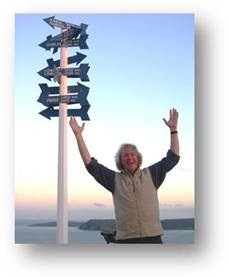 Oct. 21, 2010, Encinitas, CA – As most of you know, Jack Williams passed away unexpectedly on Monday, Oct. 18, 2010, while travelling on business in Australia. The news of his passing came as a complete shock to everyone. Our entire company is in mourning. Jack touched so many lives in so many ways. Our love, thoughts and prayers go out to Jack’s wife, Cheryl, his son, Steven, and his daughter, Bethany, during this difficult time.

Jack was involved in the evaluation, selection and introduction of new products distributed by Ecke Ranch and its International crops divisions, Ecke Europe and PLA. His focus included not only the poinsettias this company is world famous for, but all the annual bedding plants, geraniums, kalanchoe and other vegetative annual crops produced and sold by the Ecke companies.

In addition to working with product development, production and the sales and marketing groups for new plant introductions, Jack supported these crops through technical support in the form of production documents, magazine articles, crop production books and grower seminars. Jack was also a regularly featured author in consumer press and was a frequent guest on various radio and television programs targeted to home gardeners.

“Jack was my classmate at Colorado State University (CSU), and he was always a much better student than I was! It was a great feeling to see Jack at the Ranch when I returned in 1987. He has contributed here ever since, first as a grower, and later in many ways, including travelling the world helping growers grow and market their crops, as well as being part of our creative team and of our product development effort. He was truly blessed – he loved his family, and he loved his work. No one exhibited more enthusiasm on a daily basis than Jack. He is literally known the world over, and I have always called him a “rock star” in our industry. Jack got results internally, as well as externally – he would help anyone with almost any kind of problem. He will be missed terribly, but I know he would want us to keep moving forward – I can almost hear him say that. We will try to honour him by doing just that.”
– Paul Ecke III, CEO and owner

“Jack was doing what he liked doing the most. He was travelling the world discussing and advising on poinsettias, creating continued interest and fascination for the crop. Jack will be missed for his passion and involvement in our industry, his knowledge on poinsettias and his ability to interact with all people creating friendships wherever he visited throughout the world. Jack’s positive personality and his laugh was an inspiration for everyone he met and will be deeply missed. Jack has been supporting growers in all kind of conditions from the most sophisticated greenhouses in Europe to the most basic facility in remote parts of the world.”
– Lars Henriksen, managing director, PLA/Ecke Europe 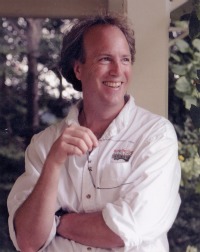 “I am devastated and deeply saddened by the loss of my very dear friend, creative partner and mentor, Jack. One of his greatest gifts was making everyone around him better. He has made me a better person and for that I will be eternally grateful. He inspired me and challenged me to be the best that I could be. He truly was a “Jack” of all trades, master of all! There wasn’t anything that Jack couldn’t do or wouldn’t try. He lived an authentic and passionate life. He loved his life, his family and friends and his work. His heart was bigger than anyone’s that I have ever known. He lived his life to the fullest and was a loyal and generous friend. I can’t begin to imagine my life without Jack being in it, but he will live on in my heart always. I loved him so much, and I thank the Creator for bringing Jack into my life!”
– Snow Maestas, marketing creative consultant

“Jack touched an industry and touched individuals. Our special relationship began 25 years ago when Jack arrived 30 days before me on the Ranch. We were educated together and experienced Ranch life together. In essence, Jack was my Ranch brother. He loved what the Ranch stood for as an industry leader and he wanted to very much be a part of this leadership. I know I join a whole host of people who will miss Jack dearly.”
– Steve Rinehart, chief operating officer

“People always talk about out of the box thinking when it comes to creativity. To Jack, it wasn’t about being in or out of the box, there simply was no box. His creativity and passion for our products, our company and our industry were truly far reaching. The only limits were those of his creative mind. He was able to convey these ideas in ways that we could understand and execute. He connected all of the dots for growers and marketers alike.”
-Andy Higgins, president

“Jack had an unparalleled talent for pairing his vast technical knowledge with ingenious creativity. He made understanding how to grow poinsettias exciting like only Jack could. The floriculture industry and all the people in it are better because Jack was here. It’s hard for me to believe that his time with us has passed and we won’t get more of the laughter and joy that he brought just by walking into a room. I will miss the walks through the greenhouses with him learning and sharing ideas, and I will miss the crazy and sometimes esoteric discussions we had on how to make poinsettias better. From this point forward, I will wonder what would Jack say or do in this or that situation and use his guidance. Jack blazed an amazing trail – we’ll miss him.”
– Ruth Kobayashi, head breeder

A memorial fund being established in Jack’s name at his family’s request. Ecke Ranch will share that information as soon as they have it.

Inquiries may be made to: Gina Mendoza at the Ecke Ranch. Her direct dial number is 760-944-4010 and her e-mail is gmendoza@eckeranch.com.

Please visit the following memorial web pages to leave messages for Jack, his wife, Cheryl, and his children, Bethany and Steven: