July 10, 2014, Charlotte, NC — Mauricio Manotas, the new president of the Americas operations of Ludvig Svensson, has deep roots in the Canadian horticulture industry.

"I've experienced first-hand his proven commitment to the industry and the company along with his dedication to our customers.” 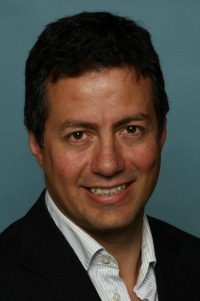 An industry veteran with a strong engineering background gained by studies at the Tec of Monterrey (Mexico), University of British Columbia and Simon Fraser University, Manotas brings a solid business vision to Ludvig Svensson's American subsidiary.

Manotas has been with the company for over 10 years, initially serving the Ontario and Quebec markets before moving to Mexico to open the company's Mexican office eight years ago.

He has spent the past four years as sales manager tending to key accounts on the North American West Coast and will now be joining the Charlotte office.

"I've spent the past 17 years in the greenhouse industry and love that 10 of those years have been with Svensson,” said Manotas.

“I'm thrilled for the opportunity to continue working more closely with our customers and suppliers leading the Americas team, it's truly an honour."