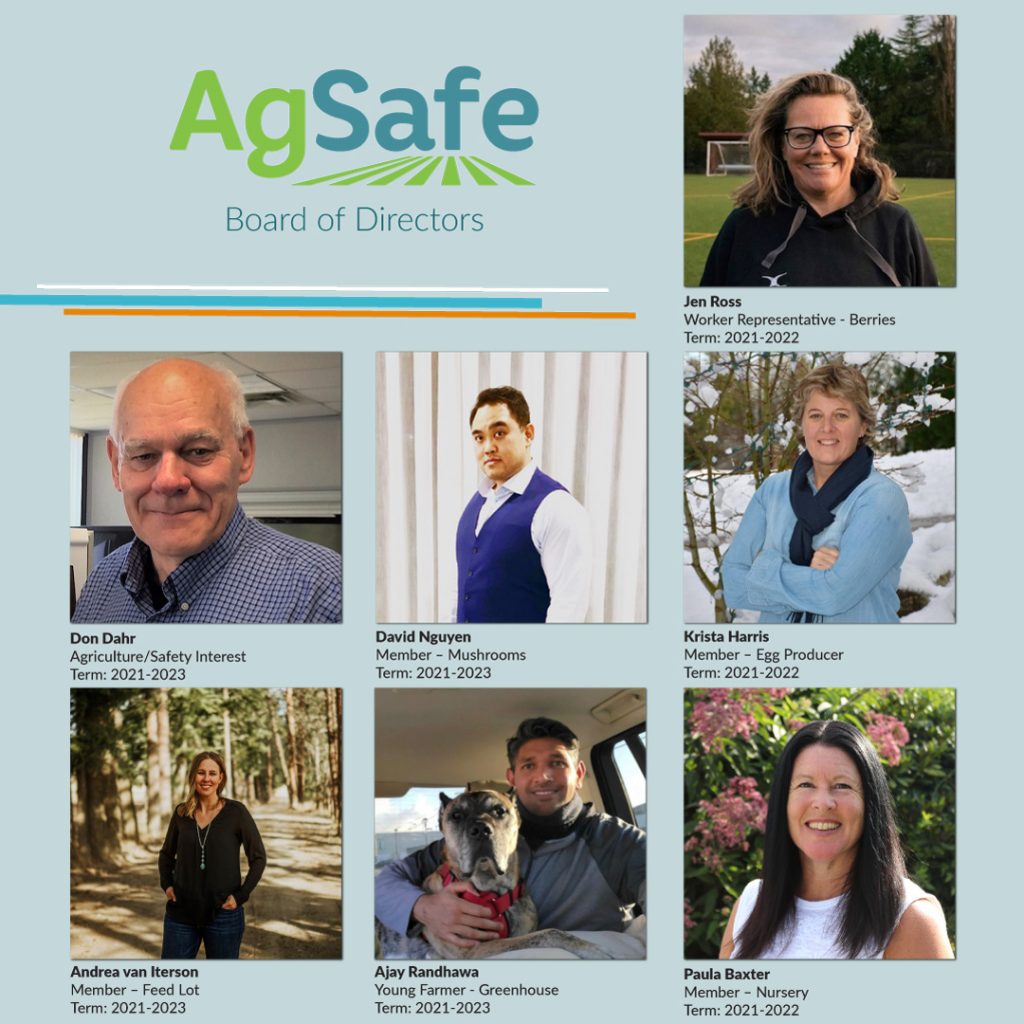 AgSafe, British Columbia’s agricultural health and safety association, has announced their first-ever elected board of directors.

Elections were held at the annual general meeting on April 8.

“As an organization that works with all B.C. agricultural producers, we want a Board that represents and understands our membership and the community that our safety consultants and advisors work with every day,” says Bennett.

The new board members are:

“Our goal is a board that includes a mix of men and women of all ages, cultural diversity, small and large operations and representation from all regions of B.C,” says Dahr.

In 2020, AgSafe adopted a new set of bylaws and officially changed its name to AgSafe Agriculture Association. Also in 2020, an elected transitional board developed new policies and procedures, including a process for electing directors to the board that would position the organization to move in a new direction.

Previous boards had been volunteer-run.

AgSafe had other good news to share as well.

With more than 24,000 workers in the agriculture subsectors in 2019, a reduction in the number of time loss claims is something agricultural employers and workers can be proud of.

Related
Maintaining mental health through tough times
How safe is your pesticide program?
Bullying and harassment? You need a policy for that.