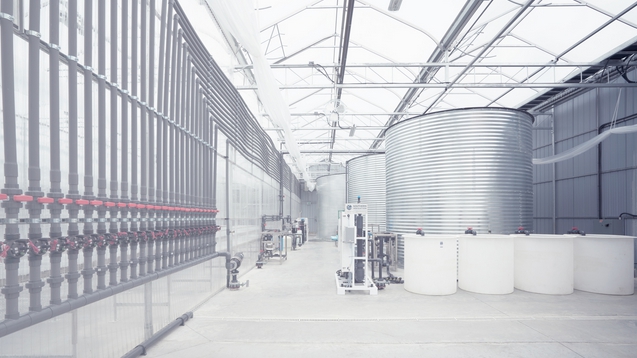 Tantalus Labs utilizes specialized sungrown cultivation technology, natural odour filtration, and an innovative rainwater collection and filtration system. The team is working to establish its facility, SunLab, as an industry leader in reducing the environmental impact of cannabis production.

SunLab was developed to provide plants with the purest natural inputs of water, nutrients, air, and sunlight at the lowest environmental impact.

The facility replaces traditional indoor cannabis cultivation with purpose-built greenhouses, reducing electricity needs by up to 90 per cent.

The odour filtration system utilizes a bio-active medium, allowing airflow to be naturally filtered and exhausted odour-free. Irrigation water is primarily captured from rainwater, allowing for an unprecedented level of water use efficiency.

SunLab takes advantage of the province’s abundant precipitation. The facility’s roofing doubles as a rainwater catchment surface, collecting millions of litres of water annually. The rainwater is stored and passed through three stages of filtration for irrigation use through the year. As well, irrigation runoff itself is recaptured and recycled within the facility.

SunLab is located on the Agricultural Land Reserve of B.C., without access to municipal water lines. As a redundancy to its innovative rainwater recapture system, SunLab maintains access to an artesian well as a possible supplement for its domestic and irrigation water.

This sealed well has now been licensed under the Province of British Columbia’s new Water Sustainability Act.

In an independent hydrological engineering report, David Kneale, P.Eng., of Active Earth Engineering states: “We anticipate no impacts on surrounding wells or the aquifer itself.”

Tantalus Labs is committed to sungrown cultivation of world-class cannabis products. It is currently in the ACMPR licensing process. Wholly owned and operated in British Columbia, its scientists, engineers and designers are committed to the advancement of agricultural science.

More information on SunLab, including images and video, can be found at tantaluslabs.com/sunlab.