Features Business Retail
Women plan to save more in 2009 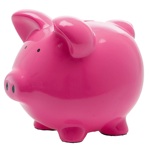 Women plan to save more
in 2009
As the current economic situation continues to take its toll on everyone's pocketbook, Canadian women have more incentive this year to take charge of their financial future.

As the current economic situation continues to take its toll on everyone's pocketbook, Canadian women have more incentive this year to take charge of their financial future. While the recent Rethink Retirement survey by Desjardins Financial Security reveals that half of Canadian women are considering postponing retirement by an average of six years due to market conditions, it also shows that women aren't simply accepting these setbacks. In fact, women are adopting a more take-charge, can-do attitude towards their finances while making the most of what they have.

Debunking the myths about women and money

"Women may be getting over what you could call the Sex and the City money mentality, where the main characters did not give much thought to saving for a rainy day," said Karrina Dusablon, Director, Education Centre and Global Management at Desjardins Financial Security. "Budgeting and putting money
aside for retirement are hardly sexy plot themes, but many smart and successful women are becoming more financially-savvy, and that's good."

Thirty-six per cent of women admit to feeling guilty that they are not saving enough for retirement and 38 per cent believe they will never be able to accumulate enough retirement savings. These two results are likely contributing to why money is still the most often cited source of stress among men and women. However, many Canadian women have said they are prepared to make the following changes to save more for retirement:

The only compromise that six out of ten women seemed reluctant to make in the name of financial improvement was reducing spending on children's activities, compared to 68 per cent of men.

"Every new year, women tend to make resolutions about improving their health and wellness," said Ms. Dusablon. "We'd suggest that women pay special attention to their financial health by making one simple financial improvement in 2009. For example, always pay for food, including restaurant meals, in cash. Also, if you are already contributing the maximum amount to your RRSP, consider opening a Tax-Free Savings Account (TFSA) with what you have saved as the result of your cost-cutting measures. The best thing about financial fitness is that you get immediate gain with very little pain."