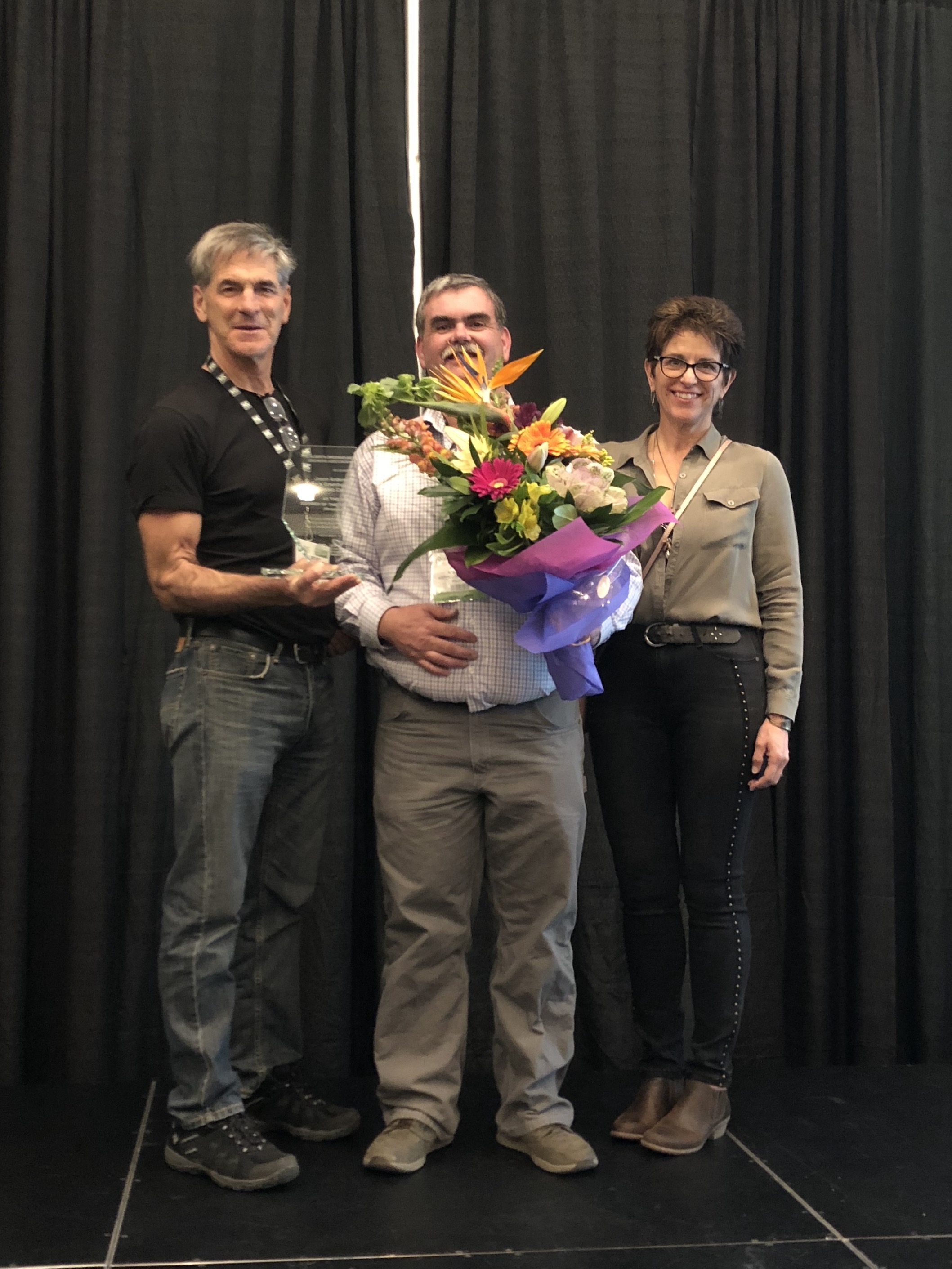 Three big awards were handed out by the Alberta Greenhouse Growers’ Association (AGGA) at their annual meeting and social event held during the 2018 Green Industry Show and Conference in Edmonton.

The Grower of the Year Award
Chosen by peers in recognition of their innovation, enterprise, hard work and accomplishments in greenhouse production and retail, the award went to Jason Anderson, owner and operator of Kathy’s Greenhouses near Kiscoty. The second generation in his family to run the 22,000 square-foot operation, he produces ornamentals for the retail and wholesale markets while operating 10 vegetable acres in the summer.

Since purchasing Kathy’s, he’s moved and rebuilt existing greenhouse structures, expanded by 6,500 square feet, and added a Christmas seasonal store and market garden. Now in his ninth year as a greenhouse grower, his management has transformed the business, reaching the size and level of success seen today.

“He is highly passionate about the horticulture industry,” says Nadine Stielow, owner of Thiels Greenhouses, upon introducing Anderson as the recipient of the award. Deeply involved in the sector, Stielow also describes Anderson’s many hats, including his role on the Local Food Council, vice-president of the AGGA, president of Alberta Farm Fresh and an avid member of Lloydminster’s farmers’ market. 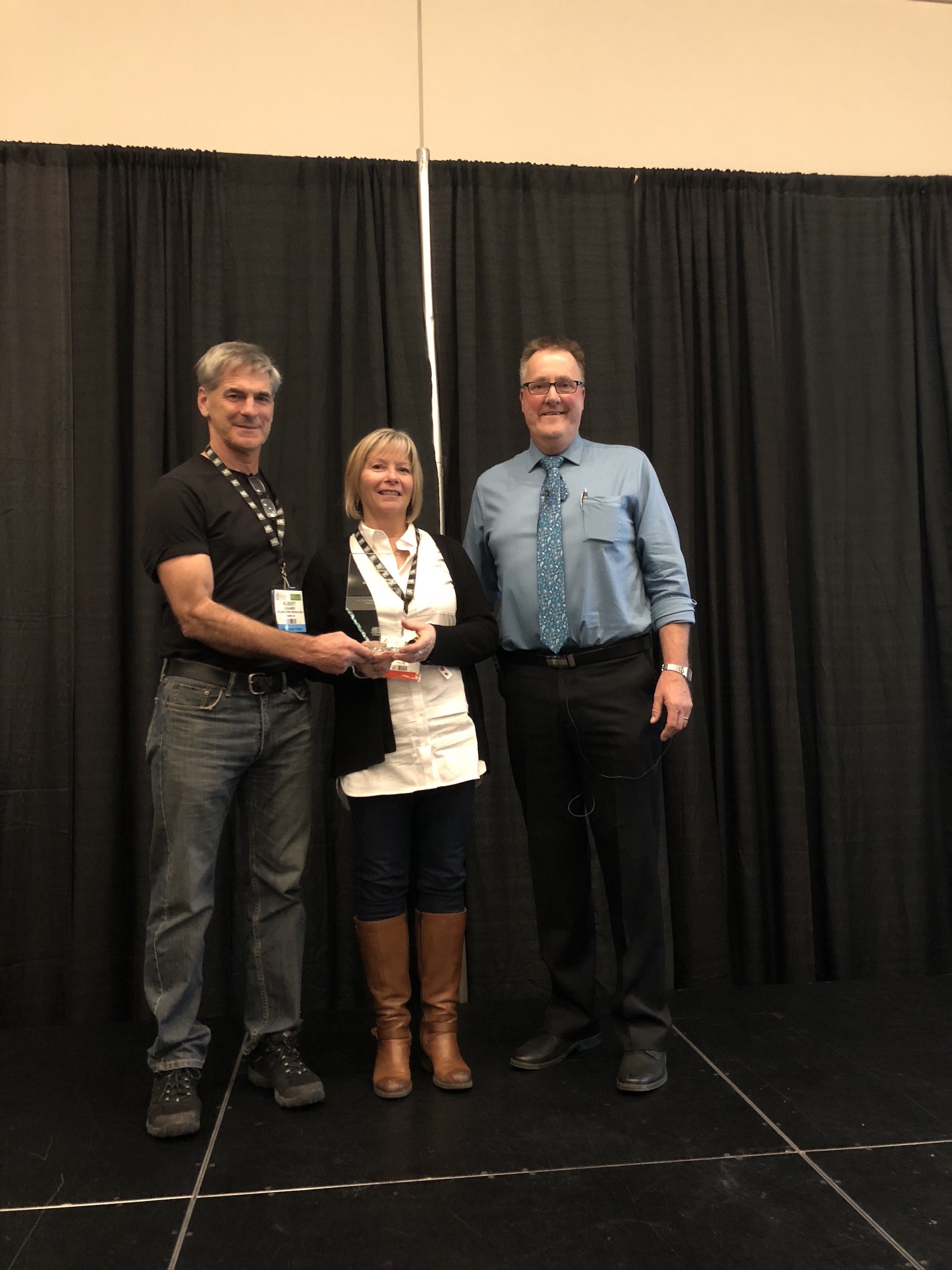 In recognition of their contribution, service and dedication to the Alberta greenhouse industry, this award is typically presented to individuals who are not growers, but have contributed to the industry, primarily in the areas of research.

This year, the award went to Kim Wickwire of Olds College. Having worked within the Horticulture department for the past 30 years, Wickwire has continually inspired future generations with her teachings in landscape and floral design, propagation, as well as greenhouse and field production.

With the award recipient’s thoughts vocalized through Michiel Verheul, owner of High Q Greenhouses, Wickwire says she’s had the privilege of working with many talented individuals from the industry who have mentored and guided her in learning the many facets of horticulture. She’s worked with a number of industry groups over the years and currently serves on the AGGA board of directors.

“She feels very fortunate to be a part of such a dynamic, progressive board that has made many improvements for their members in the last few years,” says Verheul, upon introducing the award recipient. In continuing the cycle of mentorship, “she continues to involve her students in greenhouse trials of anything odd and unusual for bedding plant opportunities.” 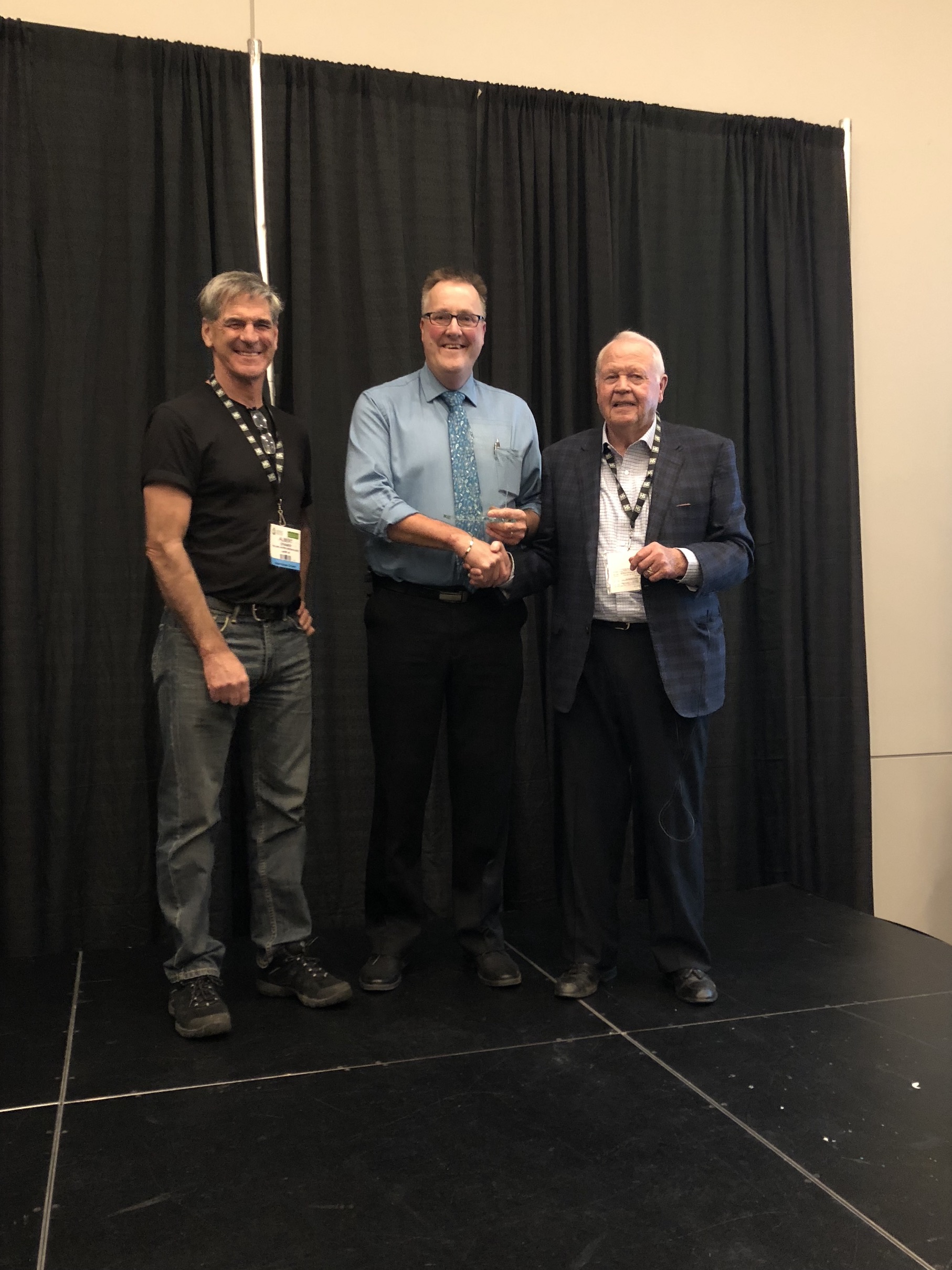 The Herb Knodel Award
Named after a grower in the Medicine Hat area who began lobbying for greenhouse issues in the 1940s, the Herb Knodel Award is given out to a grower for their contributions the industry.
This year, the award went to Michiel Verheul, owner of High Q Greenhouses in Sturgeon County.

“I first met Michiel many years ago when we first served as AGGA board members,” says Dietrich Kuhlmann, owner of Kuhlmann’s Greenhouse Garden Market in Edmonton. “I knew right there that this guy was going to go far.”

Not only has he built a greenhouse operation that specializes in starter plants for the spring annuals market, continues Kuhlmann, but Verheul has developed a special touch that helps engage his customers. “Just listen to his telephone answering spiel and you know you are dealing with a special guy.”

Always ready to help, Veheul is known to volunteer for many industry roles and functions. “If you need help, call Michiel,” says Kuhlmann.

From initiating plant donations for fire-ravaged Slave Lake and Fort MacMurry, to bringing forth industry concerns on carbon levy and employee benefits, Verheul’s many contributions to the AGGA, as well as the Alberta greenhouse industry as a whole, has led to this well-deserved award.

Thanks to Nadine Stielow, Michiel Verheul, Christie Pollack, and Dietrich Kuhlmann for sharing their introductory speeches.


Related
Growing lettuce in the deep
Bruderheim grower goes hydroponic
Looking back towards the future: State of the industry
2019 GISC wraps up in Calgary