Some 50 of the world’s leading top tomato growers, selected by leading horticultural suppliers, attended the event. Windset took the top spot winning the award for “Best Tomato Grower in the World.” 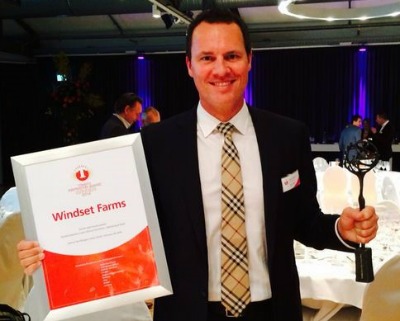 CEO Steven Newell accepted the awarded on behalf of the company.

“We couldn’t be more proud,” said his brother, John Newell, COO. “This is a huge honour for Windset given the other growers in the running.

"It takes a lot of people to make this happen and we would like to thank all of the people on the Windset Team for making this a reality.”

Headquartered at their Delta, B.C. facility and with greenhouses in Abbotsford, B.C., Santa Maria, California and Las Vegas, Nevada, Windset Farms is a family-run business that has become one of the largest growers and marketers of greenhouse produce in North America.