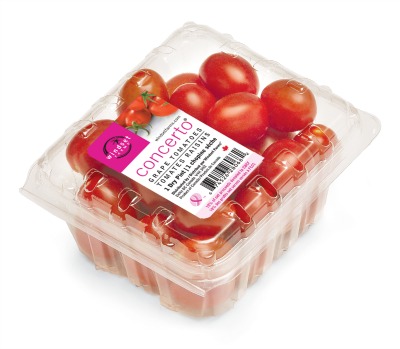 At this year’s Run for the Cure, being held Sunday, Oct. 5, Windset Farms will be actively participate with a company team, in addition to donating cases of Concerto® Grape Tomatoes and Fresco® Mini Cucumbers for participants and supporters at every Run for the Cure site in British Columbia.

Donations will go beyond the event, with 10 per cent of net proceeds from select Concerto® Grape Tomato packages going to the CBCF for the entire month of October.

“We support healthy living and enjoy giving back to our community,” says John Newell, COO of Windset Farms.

“It’s always great to see the thousands of participants coming out to support this great cause, helping to raise money to find solutions to build a future without breast cancer.”

Specially marked packages of Concerto Grape tomatoes can be found in retail stores throughout Western Canada for the month of October.

ABOUT THE CANADIAN BREAST CANCER FOUNDATION/CIBC RUN FOR THE CURE

On Oct. 5, thousands of men and women across Canada will come together for the Canadian Breast Cancer Foundation CIBC Run for the Cure. This event is dedicated to raising funds for breast cancer research, education and awareness programs.

The Foundation itself was founded by a group of women who had a vision to bring a voice to those affected by breast cancer. Today, it has stayed true to that vision and has continued to be at the forefront of a movement to raise awareness and mobilize action on breast cancer.

Learn more about the Canadian Breast Cancer Foundation at www.cbcf.org and the Run for the Cure at www.runforthecure.com.

Headquartered at their Delta, B.C. facility and with greenhouses in Abbotsford, Santa Maria, California and Las Vegas, Windset Farms is a family-run business that has become one of the largest growers and marketers of greenhouse produce in North America.

It is a recent recipient of the World’s Best Tomato Grower and BC’s We Heart Local awards.