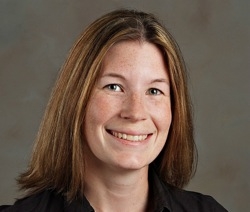 The International Energy Agency (IEA) released a report on Nov. 12, outlining some significant changes that they expect to see in global energy production over the next 10 to 20 years.

According to the report, the United States, which is currently importing about 20 per cent of its total daily energy needs, will be all but self-sufficient by the year 2035. This would be a dramatic turn around, and a complete reversal from the direction of most energy importing countries, which are on the path of needing more, not less, imported energy.

For Canada, this on-going search for energy self sufficiency by the U.S., would mean a serious alteration to our current energy exports. Canada as a nation currently exports 2.45 million barrels of oil per day to the U.S., not to mention what we export natural gas and other natural resources. This would indicate a shift in where Canada’s energy exports are focused (more than likely they would move to Asia) and a drastic shift in pricing as well.

Canada would also start competing with the U.S. on the export front, as the U.S. is expected to become the largest oil producing nation in the world by 2020, even exceeding Saudi Arabia, which is currently the largest oil producer in the world. That being said, there would still be the issue that pricing for oil and oil products would remain a global market. The current situation in the U.S. – where refineries are aging, are running at full capacity and cannot refine light sweet crude (which is where the increase in oil is coming from) – remains an issue. So even if the amount of oil coming out of the ground in the U.S. is enough to supply the U.S. market, it still needs to be sent out of country to be refined and then brought back into the country in the form of gasoline and distillates. Political instability overseas would have less impact on the U.S. market than it does now, but would still impact global pricing, which is where U.S. producers will be looking for their revenue, as they will continue to have to export their oil to be refined.

Looking out 20 years, the IEA is suggesting that despite the global discourse to push low carbon energy sources, subsidies for fossil fuels will be “dominant in the global energy mix.” Energy requirements around the world are expected to grow steadily over this time frame, increasing by a third by 2035, with the majority of that increase stemming from China, India and the Middle East. Oil, while considered dirty and environmentally unfriendly, will still be here and the need even greater than it is now.