Webinars
WEBINAR: Rugose at the border

Webinar description:
With cases of the tomato brown rugose fruit virus (ToBRFV) appearing in different countries across the globe, regulatory agencies are trying to limit its spread. Hear about the impacts of ToBRFV on US and Canadian growers, with particular emphasis on the US Federal Order introduced last November.

1. If ToBRFV is seed-borne, how soon would a grower see the first symptoms? Similarly, if via other vectors, when would that infection be seen?

MB: This is still being researched, but the symptoms show up at different times on different varieties.  I have also heard that as the weather gets warmer you may begin to see more symptoms.  No data to support this, just what I have been told.

2. Does any disinfection occur at the border on the tomato trucks?

MB: Customs and Border Patrol (CBP) only inspects shipments and initially take action on visual conditions, but then CBP either will have the sample tested by ImmunoStrip by USDA locally, or depending on the port, they may have to send off to a USDA location for testing.  Often there is  not enough space for the truck to remain at the Port, so it is returned to Canada or Mexico until results come back.  No sanitation at border.

3. If they are bringing tomatoes from Mexico up to Canada, then shipping them back into the US with some Canadian produce, how does it get past US inspection the first time? 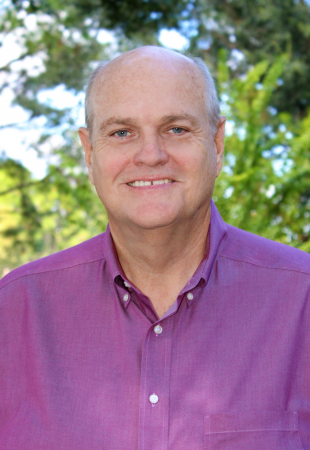 As vice-president of food safety and regulatory affairs at Village Farms, Michael Bledsoe is responsible for regulatory compliance with federal, state, and provincial regulatory agencies, currently in the USA, Canada and Mexico. His department takes a proactive role in working with regulatory agencies often involved in permitting, regulatory compliance, and new and existing pesticide registrations. Additionally, he advises on integrated pest management (IPM), represents the US and Canadian greenhouse industry, acts as a resource to Village Farms Growers, and coordinates pest scouting summaries and protocols.

Don’t miss the first webinar in this series:
Keeping out the rugose with Cara McCreary of the Ontario Ministry of Agriculture, Food and Rural Affairs. Watch the recording!