Features Efficiency Energy
Water demand for energy to double by 2035 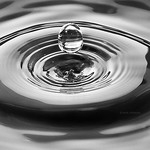 In the years ahead, increasing energy production will strain water resources, according to the IEA. (Courtesy bcfoto70/Flickr.)

The amount of fresh water consumed for world energy production is on track to double within the next 25 years, putting a strain on future water resources, the International Energy Agency (IEA) projects.

According to a report in National Geographic:

“By far, the largest strain on future water resources from the energy system, according to IEA’s forecast, would be due to two lesser noted, but profound trends in the energy world: soaring coal-fired electricity, and the ramping up of biofuel production.”