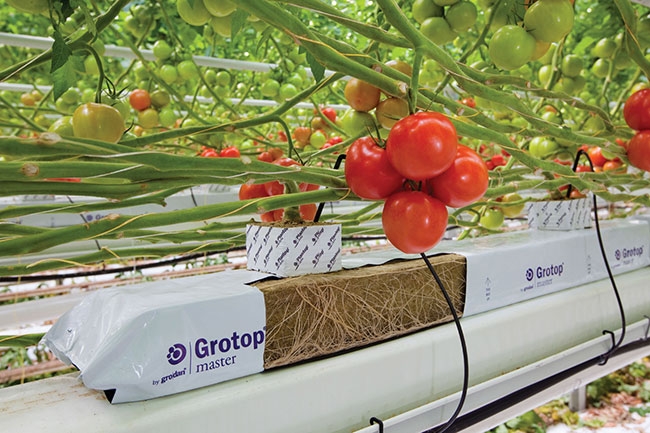 The nutritional needs of a plant will change with growth, so nutritional recipes should be adjusted.

For plants to grow optimally, adequate nutrients and water uptake are necessary to maintain plant growth and development. There are two general methods in which water and nutrients move in and out of plants cells: passive and active.

Passive uptake is driven by diffusion, and the uptake is dependent on transpiration. Water and nutrients, especially calcium (Ca2+), move from an area of high concentration (growing substrate) to an area of low concentration (the roots) without energy needed from the plant. Think of it as walking downhill – it’s easy and relatively effortless. The root hair cells are hypertonic (lower water molecule concentration) to the surrounding substrate water. Therefore, water moves along a concentration gradient from the epidermis cells to the xylem cells. These xylem vessels are limited in fruit, and can limit nutrient delivery, leading to physiological disorders such as blossom end rot (BER). It is important to obtain transpiration before irrigation to stimulate a working rootzone. 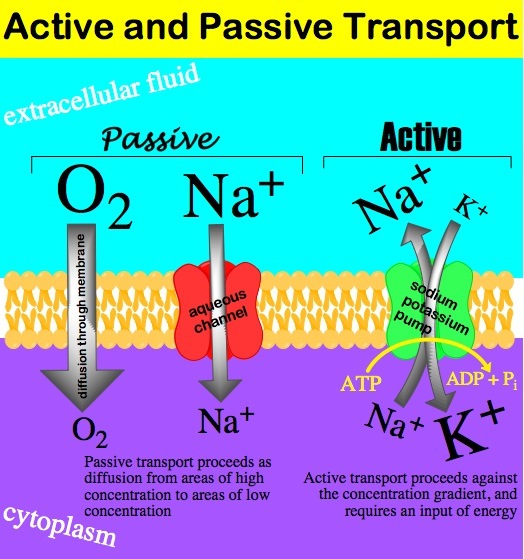 Water movement through plants
The amount of water uptake is governed by transpiration. The process begins when water is evaporated through the stomata, which are small pores that allow for carbon dioxide and oxygen exchange during photosynthesis. The water lost is replaced from adjacent cells behind them, and water moves into these cells via xylem vessels in the leaves. As water moves into the leaf, a pulling force is exerted on the water column in the root xylem. This creates a negative pressure, as the xylem walls are pulled inwards resulting in water moving from the substrate into the roots and towards the leaves – similar to drinking through a straw.

Up to 90 per cent of the water is transpired while only 10 per cent is utilized for growth. A transpiring crop can evaporate as much as 4.5 L of water/m2 on a sunny day (2000 J/cm2), cooling the greenhouse. That’s why transpiring leaves can be 2 to 6 °C cooler than non-transpiring leaves.

Increased root pressure
When irrigation commences during low plant activity or before transpiration occurs, a phenomenon known as “active root uptake” will increase water uptake. Most growers refer to this as “root pressure”. Carrier proteins are necessary to move ions such as K+ and Ca2+ from the surrounding substrate into the roots through a single layer of cells. Energy formed during photosynthesis, helps to move those ions into the root, and is converted into a concentrated ion solution within the root cell. The water follows the ions as it moves into the root cell, through a passive process called osmosis, resulting in increased pressure. Therefore, growers should not have a pronounced irrigation EC reduction based on light intensity (W/m2), and should stop irrigation before sunset. This action will ensure that electrical conductivity (EC) is not at its lowest when transpiration stops, and enables the grower to achieve a higher substrate EC going into the night, decreasing the potential for cracking and splitting of tomatoes.

Nutrients and EC
Water uptake is influenced by EC, which is used to indicate the salt content in a solution. It’s expressed in milliSiemens or microSiemens per linear centimeter (mS/cm or μS/cm). A higher ion concentration will increase the EC of nutrient solutions. (Note:1 mS/cm = 1000 μS/cm).

A low EC substrate enables easy water uptake. As EC increases, water uptake becomes more difficult after a certain EC level is reached. This level is determined by a specific higher EC concentration and is crop specific. There are differences between the individual concentrations of each ion in a nutrient solution, the substrate EC, as well as the rootzone concentration and the nutrients absorbed. Rootzone concentration can differ from substrate concentration because of the differences between monovalent (K+) and bivalent (Ca2+) cations, monovalent (HCO3–) and bivalent (SO42-) anions, and the ratios between them. Monovalent cations and anions have a higher uptake potential than bivalent cations and anions, so those ions will be depleted more quickly around the rootzone.

Antagonistic reactions also occur between ammonium (NH4+) and potassium (K+). In tomatoes, during the formation of the first 2 to 3 flowering trusses, the K:N uptake ratio is about 1.2:1, and will increase to approximately 2:1 with an increased fruit load. To compensate for this higher K+ uptake, it is necessary to increase K+ concentration.

Synergistic uptake is also possible. Nitrate (NO3–) improves the uptake of cations such as K+, Ca2+ and Mg2+.

Interpreting WC and EC graphs
By measuring water content (WC), EC and water temperature within the rootzone, growers can formulate an irrigation strategy considering the crop type and developmental stage, solar radiation levels, overnight substrate dry back, etc. Irrigation is necessary to replenish the decreasing substrate WC and EC during transpiration. Each irrigation cycle stimulates a vegetative impulse in the plant, and small but frequent irrigation volumes will increase the WC. This action is beneficial especially during high transpiration periods. Large irrigation volumes with long waiting times between irrigation cycles can decrease the WC and have a generative effect on the plant.

Irrigation start and stop times have a major influence on substrate WC. Early start and late stop times (less than ±2 hrs after dawn/before dusk) will equate to a small overnight dry back, resulting in vegetative plant steering. The opposite is true when large overnight dry backs are prevalent, stimulating generative plant steering, and is due to late start and early stop times. Therefore, plant growth can be steered in a vegetative or generative direction using a specific irrigation strategy. The golden rule to remember is transpiration before irrigation! Following this strategy will reduce the potential increase in active root uptake, and reduce the risks of certain physiological problems such as Mycosphaerella melonis (gummy stem blight), BER, etc.

An effective irrigation strategy is necessary to generate the lowest EC during the highest solar radiation period (Figure 1). This is realized when the first four to six irrigation cycles used, varies between four to six per cent of the substrate volume. Drain is due to start around 400 J/cm2 or in the region of 600 W/m2, and it is more critical to achieve effective drain at the right time than to focus on the 24-hour drain percentage. False drain is achieved when the drain water has no effect anymore on refreshing the nutrient solution or decreasing the EC. Once drain is achieved, the cycle size can be decreased to three per cent of the substrate volume. This will ensure a stable WC in the substrate, and the dry back percentage between irrigation cycles must be in the region of one per cent. When a smaller dry back percentage between irrigation cycles in phase 2 is generated, dissolved oxygen levels in the substrate water will decrease, thus increasing the potential for root diseases such as Pythium. This problem can increase with a high drip water temperature (24°C), as dissolved oxygen levels decrease when water temperatures rise. 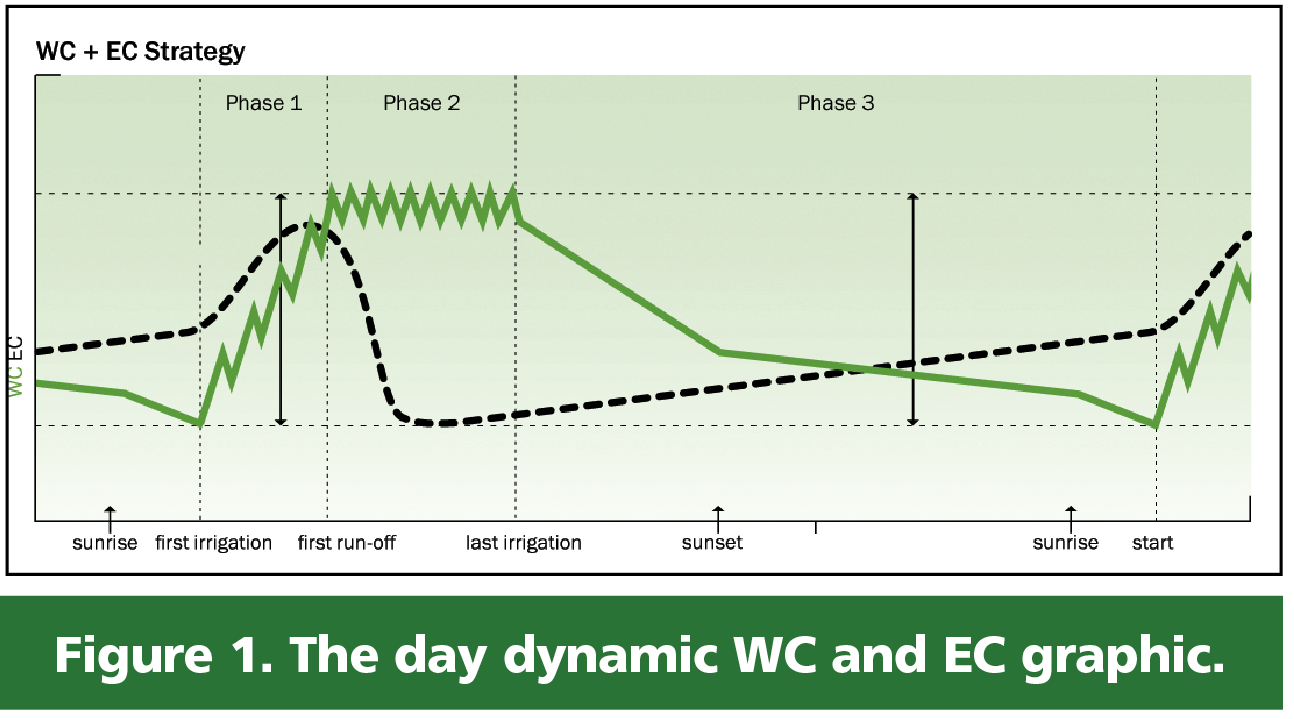 Willem Gericke is a technical advisor at the Grodan Group. He recently submitted his MSc. thesis at Stellenbosch University, South Africa. Email him at willem.gericke@grodan.com

Related
Managing the rootzone: Irrigation volumes and EC, WC graphs
Empower plants through well-balanced irrigation
To water or not to water, ask the computer
The right way to water young plants