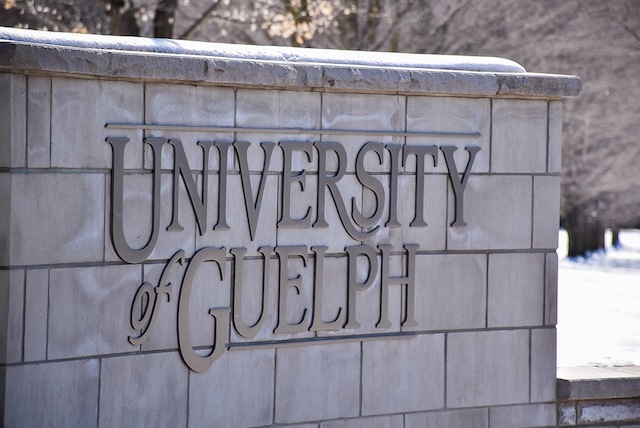 March 29, 2017, Guelph, Ont. – The University of Guelph has received its single largest-ever gift, a $20-million donation from the Arrell Family Foundation to transform the global food economy and further strengthen U of G and Canada as agri-food leaders.

“This landmark gift will allow our University to address the defining challenge of our time: food security, safety and sustainability,” said U of G president Franco Vaccarino.

U of G is the No. 1 agri-food school in Canada, with a 150-year history in agriculture and a global reputation for excellence, Vaccarino said. “We are uniquely positioned to make a difference.

“The Arrell family has shown incredible generosity and foresight in making this gift, and we are grateful to them for their faith in our agri-food prowess.”

The donation will create the Arrell Food Institute at U of G. The University will provide matching funds of $20 million, for a total commitment of $40 million.

Along with recent government and private funding – including a $77-million award from the Canada First Research Excellence Fund for the Food From Thought project – this new gift brings the total investment in agri-food at U of G to more than $150 million in the past 12 months.

“The Arrell Food Institute will influence research, policy, practice and behaviour. It’s a bold initiative, and its impacts extend nationally and globally,” said Tony Arrell, a U of G alumnus, and chairman and CEO of Burgundy Asset Management in Toronto.

STRONG FAMILY TIES TO U OF GUELPH

Tony Arrell and his wife, Anne, who is also a U of G graduate, created the Arrell Family Foundation in 1999. They took part in the gift announcement today, along with daughters Laura, Ashleigh and Nicole, all of whom are directors of the Foundation.

According to Laura Arrell, managing director, the Foundation is dedicated to improving health and quality of life, which meshes with the University’s goal to improve life through research, teaching and innovation.

Vaccarino said the institute will turn knowledge and discoveries into applications and insights, and further strengthen the reputation of U of G and Canada in the global food economy.

The University receives substantial provincial funding under its longstanding partnership with the Ontario Ministry of Agriculture, Food and Rural Affairs.

“This gift will help U of G and Canada to lead the agri-food revolution,” said Prof. Evan Fraser, director of the Arrell Food Institute and holder of the Canada Research Chair in Global Food Security.

That revolution is based on widening uses of technology in agri-food, he said. “The same technologies that created the Internet and are transforming medicine are now being applied to farmers’ fields and to food processing factories – we can produce more food on less land using fewer inputs.”

Fraser said the Institute will “harness and direct the energy and knowledge to help Canada develop the technology to feed tomorrow.”

Vaccarino added: “U of G is known as Canada’s food university, based on our expertise and accomplishments in agri-food.

“We also have a reputation for collaborating to help solve complex global problems. Those strengths are both reflected in our new Arrell Food Institute.”