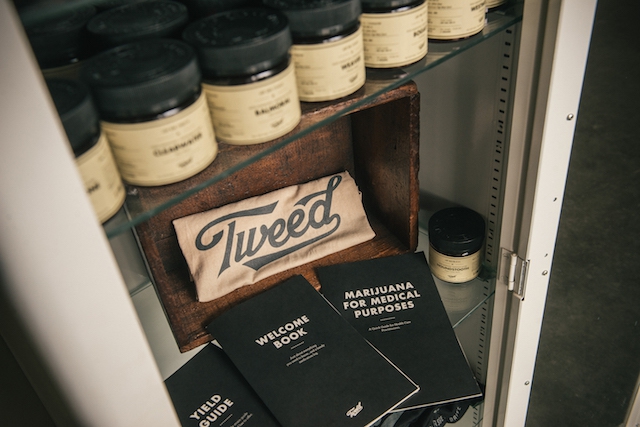 Feb. 24, 2016, Smiths Falls, Ont. — Yesterday, the Federal Court released its decision in the case of Allard et al v. Canada, and it prompted the following responses from a pair of major medical marijuana suppliers.

The plaintiffs in the Allard case argued that the MMPR violates their Charter rights and the court, in a lengthy and detailed judgment, agreed with the plaintiffs and gave the government six months to amend the MMPR.

The following Q&A provides guidance on Tweed and Bedrocan Canada’s position on the ruling.

What is the initial reaction to the decision?

At Tweed and Bedrocan Canada, as is the case for all companies operating in regulated industries, we don’t write the rules. This ruling will compel the government to act and we will wait to see what the government’s response is going to be. That response could range from introducing rules allowing patients to grow at home, to ensuring easier access to the MMPR, to providing insurance coverage for medical cannabis.

Canadian courts have recognized again and again that people have a right to medical marijuana and this was reaffirmed again yesterday. This is good news.

However, the court was clear that this is not an attack on the substance of the MMPR. Rather, the MMPR in its current form does not provide sufficient access to cannabis for those who need it. Increased ease of access to medical cannabis for those that need it is welcome.

In the broader context of the cannabis policy discussion already underway, this only reaffirms the need for the government to move quickly to establish a framework for both medical and non-medical cannabis that serves all Canadians.

For Tweed and Bedrocan Canada it means business as usual.

The MMPR continues while the government determines how best to address the concerns of the court and amend the rules to ensure that patients have the access to cannabis that they need.

LPs like Tweed and Bedrocan Canada offer people a convenient option and a product of unrivalled quality at exceptionally affordable pricing compared to the illicit market. Even under the injunction, many people that grew their own cannabis under the MMAR have chosen Tweed, Bedrocan Canada and other LPs because it is simple, affordable and safe.

Six months to decide, what does that mean?

It’s hard to say. The government could choose to appeal the decision of the Federal Court. If it doesn’t appeal, it could mean that the response is legislative and the government introduces more fulsome legislation addressing legalization, increased access, and even creating a home-grow provision under a legal medical and non-medical framework. Insurance coverage or assistance for those who can’t afford their medical cannabis may also be solutions.

Tweed and Bedrocan Canada have been working very hard to improve affordability for patients and will continue to do so over the coming months and years.

Do you support home growers?

Tweed and Bedrocan Canada support all legal means of producing medication. However, illegal sales of uncontrolled, unregulated cannabis are a serious concern. The decision today does not change the fact that access to cannabis must be done in a manner consistent with public health and safety objectives.

Are you still registering patients?

Of course. Yesterday’s ruling in no way changes the ability of medical professionals to continue to prescribe medical cannabis to patients in need. Tweed and Bedrocan Canada have been welcoming hundreds of new customers each week and will continue to do so, offering a wide variety of affordable, high quality products for Canadians from coast to coast.