Features Grower Profiles People
Top 4 Under 40: On the path to success

Innovative, entrepreneurial and forward-thinking, this year’s Top 4 Under 40 winners represent some of the best among the next generation of horticulture. 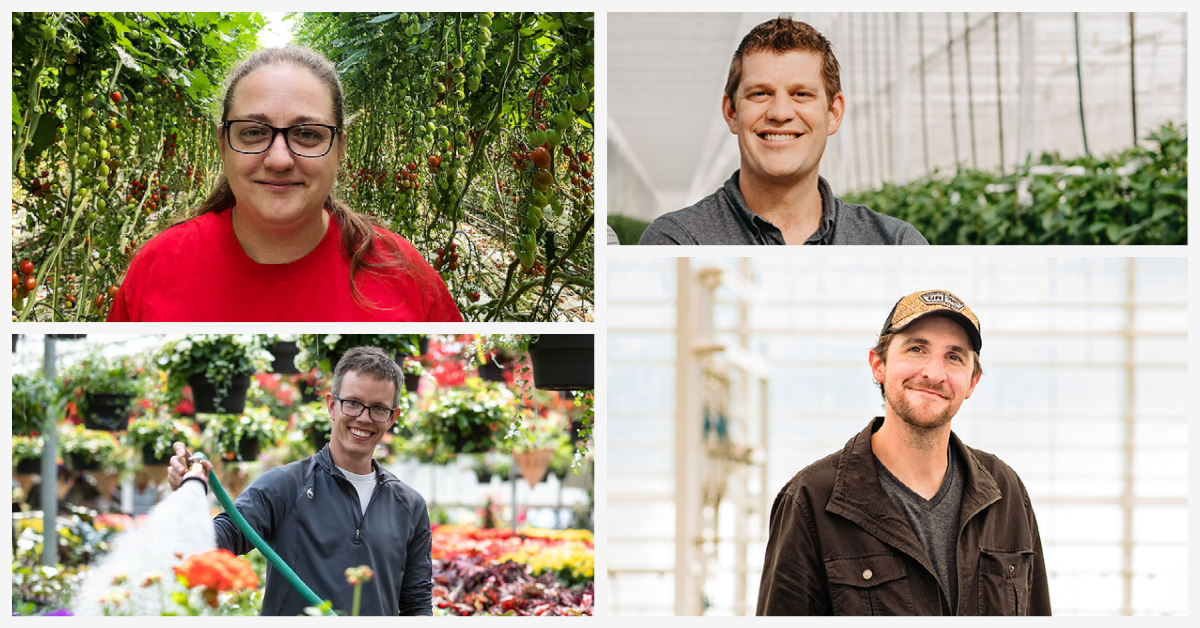 For this year’s Top 4 Under 40 winners, their inquisitive minds, strong wills and unbeatable determination were just some of the common traits displayed by this engaging group of rising young greenhouse stars.

Whether they grew up in horticulture or uncovered their passions later in life, all paths have led them to a flourishing career in the greenhouse. Here are this year’s winners. 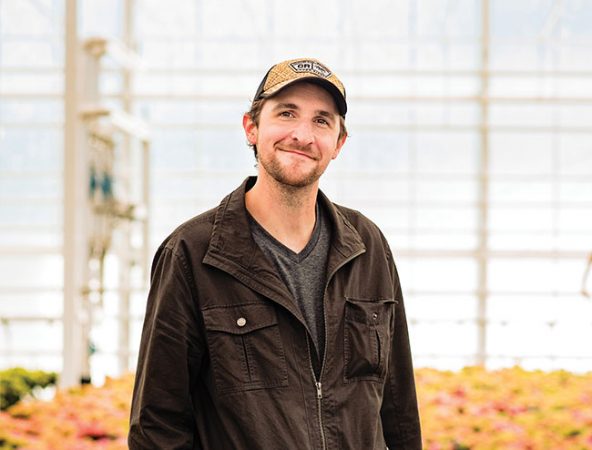 “I didn’t just want a job, but a fulfilling career to be proud of,” says Chris Knezetic, greenhouse grower at Qualitree Propagators in Rosedale, B.C.

Trying on various jobs in his 20s, including a nine-year role as a painting contractor and eventually partner, Knezetic had a hard time pinning down the right career.

“As much as I enjoyed the money as a contractor, it wasn’t fulfilling at all,” he says. “I wanted something more. I needed a sense of purpose, otherwise what is the point?”

Speaking with contacts in the agricultural sector, Knezetic became intrigued by greenhouse work and pursued it. He met with greenhouse growers whose valuable insights encouraged him to enroll in the agriculture program at the University of the Fraser Valley (UFV). Shortly after his second year, he stumbled across a posting for line supervisor at Qualitree.

“At first I thought that I didn’t have the experience and shouldn’t apply, but I went for it anyway.” He didn’t get the job. Instead, Qualitree hired him as a part-time assistant grower and brought him on full-time after the semester’s end. “I was elated.”

“He rose to the occasion,” says human resources manager, Mayra Molsberry, “and within a few years he was Qualitree’s greenhouse grower, managing the crops in the new greenhouse facility.”

Having the freedom to explore and try out new techniques is one of Knezetic’s favourite parts about working at Qualitree. Among both successful and failed projects, the use of vapour pressure deficit (VPD) is perhaps one of his best comeback stories. Instead of using plastic sheets to root cuttings, the VPD technique relies on a high pressure fog system to regulate and stabilize the humidity.

“On our first attempt, we managed to lose about 50 per cent of our crop and swore off the fog unit to the point of almost decommissioning [it],” shares Knezetic. But the following season saw abnormally hot temperatures in the greenhouse bays. The team used the fog to help control the climate and saw exponential crop growth in the process, restarting Knezetic’s resolve to try the VPD technique in propagation.

Today, they use the VPD technique on 10 genera and counting.

“Switching to this method has increased crop yields, crop health and reduced labour and material costs,” says Knezetic. “It’s effective enough that we have commissioned almost all of the phase two section of our greenhouse with a fog machine.”

To engage the next generation of horticulturalists, Knezetic gives guest talks at UFV, sharing advice, experiences and an excitement that comes with exploring unrealized possibilities in horticultural production. 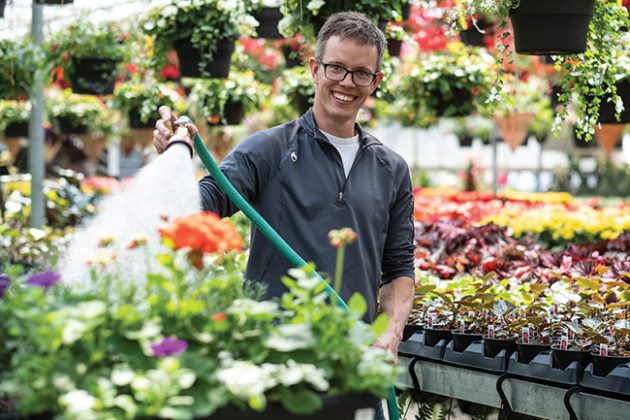 Growing up in his parent’s greenhouse and garden centre, Adam Sneek had always had a deep appreciation for the horticulture sector. “I knew that I would one day want to raise my own family with the same kind of ability to be there for them when they need me,” he says.

When an old greenhouse came up for sale 13 years ago, then 24-year-old Adam seized the opportunity to establish a separate, independent location for himself – The Mill Greenhouses Ridgeway. His wife, Diana, joined him shortly after. “It has now become something that I wouldn’t want to do without her and my children,” he says.

Within a few years, Adam had turned the rundown property into a viable business. Adding a boiler system and energy curtains, he picked up various skilled trades including electrical, plumbing and carpentry to repair and upgrade the building.

Diana has seen firsthand how Adam continuously strives to improve quality and expand their product range to meet the needs of gardeners in their community, turning their business into a popular retail destination for the Greater Fort Erie area. “He experiments with new varieties and ways of growing and is still learning to streamline [and] use our space in the best way possible,” she says. Over the years, they’ve added areas for trees and shrubs, as well as houseplants and tropicals. They’ve also dedicated more time to social media, reaching a whole new audience of plant lovers.

Growing more than 80 per cent of the product they sell, the Mill Greenhouses Ridgeway has a 30,000-sq.ft. footprint, but adds 20,000 sq.ft. of outdoor area during the spring season.

“Last year, we shifted all our sales area to a new outside space due to COVID-19. This decision was made for the safety of our staff as well as our family, which like many other families with young children, had to come to work with us,” says Adam.

The pivot to outdoor retail was a welcome change, and the owners received glowing feedback from customers on safety and comfort. In addition to budding plans for greenhouse expansion, it’s also given them ideas on how to use the space for growing and retail going forward.

“Working hard and doing my best to produce a wide variety of quality products for gardeners in our community is what makes me strive to always do better,” says Adam. 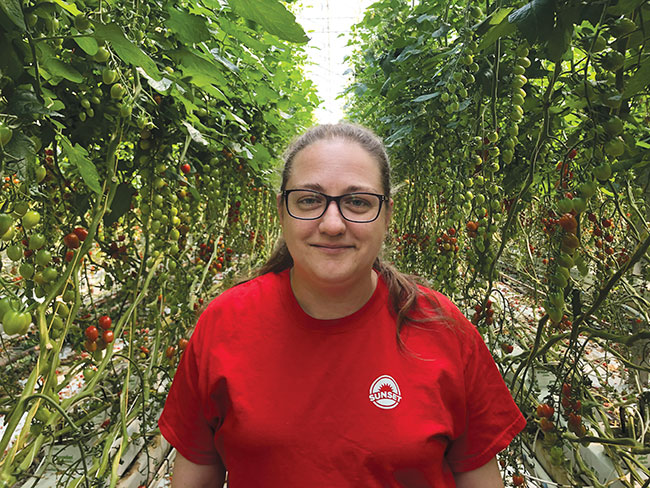 “My love of growing started when I first took a horticulture course in college,” says Leanna James, grower and operations manager at Envirofresh Produce in Sombra, Ont.

Originally intent on pursuing a career in social services at the time, James switched gears and applied to the greenhouse technician program at Niagara College. She was offered a position shortly after as general labourer at Envirofresh, a division of Mastronardi Produce under the Sunset brand.

“Envirofresh was a perfect place for me to grow as a person, leader and professional,” says James. She was able to build on the training from Niagara College, and credits much of the hands-on training opportunities to her mentor and head grower, Marco Verkade.

“Her dedication and willingness to collaborate has been a key force in driving the success of Envirofresh production and labour efficiencies,” says Verkade. “Leanna works passionately and has successfully increased efficiency and excellence in labour to produce the best-tasting, highest quality snacking tomato, all while increasing the bottom line.”

Not only did she play an integral part in transitioning the facility from sweet bell peppers to grape tomatoes, Verkade says James continues to find innovative ways to streamline production while improving sweetness and acidity, ensuring a consistent, delicious-tasting product every time.

“Leanna ensures her team is constantly informed and on top of new ways in growing for flavour, quality and sustainability,” says Verkade. “Not only has Leanna constantly pushed the boundaries when it comes to growing amazing tasting tomatoes, but she is always willing to explore new advancements in high-tech greenhouse growing.”

As a leader, Verkade says James is always ready and willing to mentor and coach other employees, regardless of position or title. “She is open, honest and always willing to lend a helping hand.”

“I can’t begin to explain how lucky I feel to have had this first shot with a company such as Mastronardi Produce/Sunset,” says James. “To lead a team in productivity, to see gains in difficult situations such as pepper weevil and COVID, this is an industry where the sky is the limit and we get better every year.”

In her eight years at Envirofresh, she’s seen the facility grow from 30 employees to 100.

“I am so happy that I chose growing as my career choice, but … at this point, I feel like it chose me.” 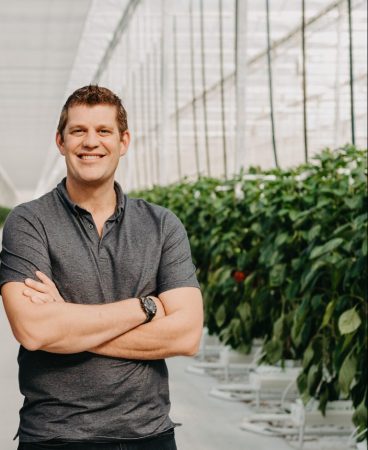 Even at a very young age, Justin Geertsema knew that he wanted to farm with his dad, Rob.

In 2000, Rob led Greenhill Produce to build their first six-acre pepper greenhouse. With Justin involved, the operation has since expanded to 127 acres with another 25 acres on the way.

It’s evident that Justin’s passion doesn’t  just lie with the family business, but the team he works with as well. Not only does he manage daily operations and construction, he also checks in with teams on a weekly basis and prioritizes employee engagement.

“In this business, it’s as much about growing a top quality product as it is about working together with a ton of great people to create something even greater,” says Justin. “My coworkers push me to be better every day.”

For general manager Isaak Guenther who has been at Greenhill for 17 years, he’s witnessed Justin become the leader he is today. “I remember seeing him when he came home for the summer (from college), and I was always amazed by his work ethic and his passion to help his dad, Rob, grow the family business.”

This sentiment is echoed by multiple employees supporting the nomination, citing Justin’s hardworking and driven, yet humble nature.

In addition to their rapid expansion, recent milestones include a state-of-the-art pepper packaging hall, as well as their own in-house construction team. The crew tackles all aspects from land development, drainage and excavation, to construction of the greenhouse and warehouse.

“It’s been amazing to see what can be accomplished with a team who is dedicated to see it all through,” says Justin.

“You may not hear a lot of news about what is happening at Greenhill Produce, and that is in part due to the tremendous humility of the owners,” says Dave Enns, the lead on labour planning and relations at Greenhill. “Justin’s passion for the greenhouse industry, combined with his years of experience, make him the inspiring leader he is today.”

Know someone worthy of Top 4 status? Watch out for nomination calls in 2022. 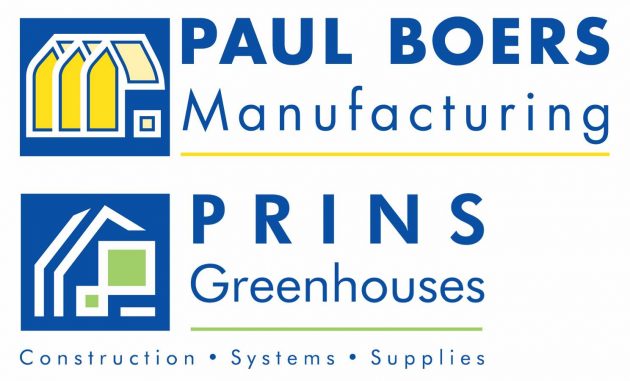