Features Crop Protection Inputs
To spray, or not to spray 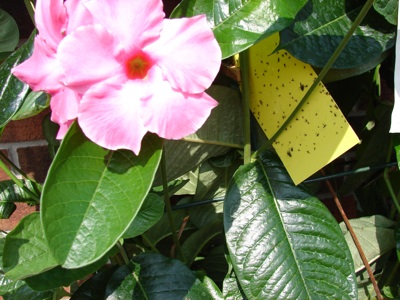 There are a number of non-chemical options to weigh The emphasis in controlling pests should be on crop management rather than insect management, according to noted entomologist Dr. Ken Fry.

The emphasis in controlling pests should be on crop management rather than insect management, according to noted entomologist Dr. Ken Fry. Speaking at the Saskatchewan Greenhouse and Vegetable Growers conference, the instructor at Olds College in Alberta suggested a number of non-chemical methods to consider before resorting to pesticides.

Pest management is multi-faceted – growers must focus on the pest, the environment and the plant itself. “The plant isn’t a passive participant,” he noted. “Plants communicate with each other and warn their neighbours if they are under attack.”

Plants often compensate for insect damage by growing new shoots and leaves. “A light insect infestation may actually be beneficial in that it may result in better yields,” he said.

Too much nitrogen can actually favour pest proliferation, in particular, aphids.

INTERCROPPING CAN INCREASE PEST PRESSURES
Intercropping also can increase pest pressures. Younger plants are weaker than older plants when it comes to fighting off pests, and some plants, especially eggplant, are insect magnets.

“Controlling weeds is very important in controlling insects,” Dr. Fry noted. Weeds can be alternate hosts. Growers have to determine, though, if taking out the weeds is more costly than using pesticides.

A crop canopy, along with high humidity, attracts a lot of aphids. If conditions are dry, the canopy will draw spider mites and thrips.

And when plants are grown too close together, it is easier for infestations to spread.
Different colours attract different insects. Thrips are attracted to blue, for example. Experimenting with different crop combinations might result in resistant crops placed next to more susceptible crops.

As for environmental control strategies, Dr. Fry pointed out that different pests flourish under different temperatures and humidity levels. The ideal temperature for thrip development, for example, is 25˚ Celsius. At that temperature, it takes just 13 days for them to grow to the adult stage, and two more days to produce eggs. While they live longer under cooler conditions, it takes more time to develop and reproduce.

Some growers, Dr. Fry said, are using sticky traps to catch insects. Yellow attracts many pests, though blue is best for thrips. Traps are not as effective as a one-shot pesticide, but they can considerably reduce pest populations.

PHEROMONE TRAPS BEING USED IN BRITISH COLUMBIA
Some British Columbia growers are using pheromone traps. They either trap males directly, or at least confuse them so that they don’t mate.

Another non-chemical strategy is screening. One Ontario grower says his screening efforts have significantly reduced thrip infestations. Growers can also place screening inside the greenhouse to separate different areas.

“You should also keep your greenhouses clean. Debris left laying around too long will become a host for insects.”

On the other hand, he noted, you don’t want to clean up fallen leaves right away because the accumulated debris also serves as a host for the development of wasps and other biological control agents.

Dr. Fry also spoke of the importance of constant crop monitoring. “If you want to reduce your use of pesticides, only use chemicals when it is absolutely necessary, that is when you believe that your plants will suffer long-term damage without pesticide treatment.”

Myron Love is a freelance writer and photographer in Manitoba.