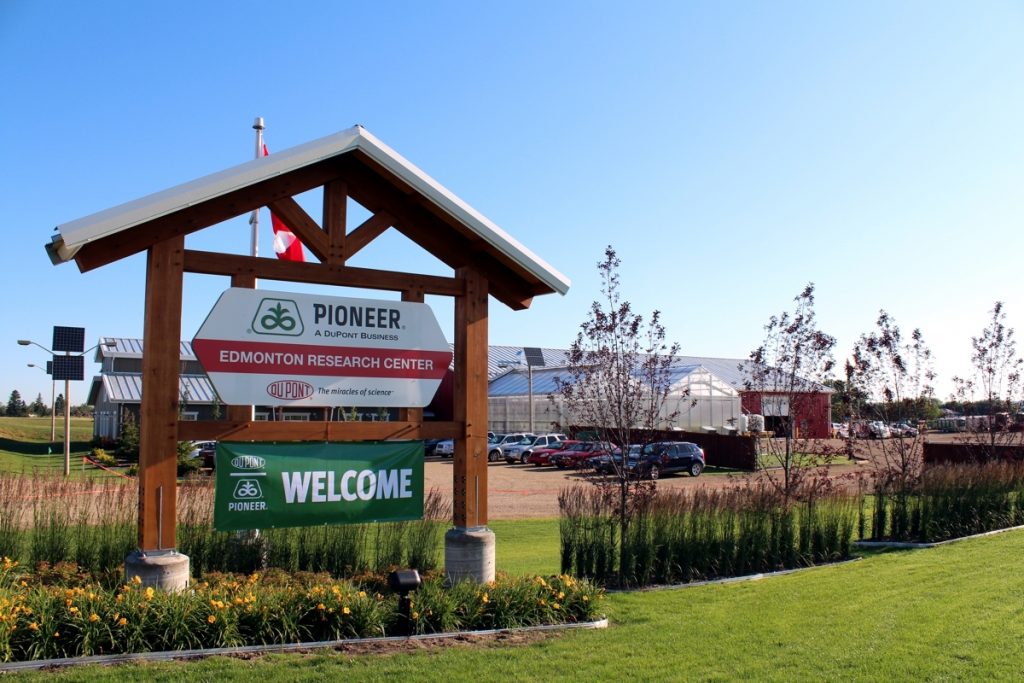 Bayer CropScience has just opened a new three-story, 60,000 ft2 greenhouse research facility in North Carolina that was built with sustainability in mind — a 70,000 gallon underground water storage tank for collected rainwater, for example, will reduce consumption of potable water for irrigation by approximately 700,000 gallons annually.

Bayer CropScience invested $20 million USD in ‘Greenhouse 5,’ where traits for corn and soybeans will be researched, molecular breeding will be carried out, and more.

“Each of the 21 compartments has a dedicated air handling unit recirculating air through the greenhouse. The system optimizes the use of chilled water for cooling and controls the use lights and shade cloths. Because of the significant solar gain, heating is minimal, and hot water is essentially required only during winter nights. The shade cloths automatically deploy in the case of a power outage to help control greenhouse temperature.”

Other sustainability features of Greenhouse 5 include a storm water basin which will suspend solids from rainwater runoff from the parking lot and other areas to improve water quality in nearby ponds and lakes. Energy-efficient motors and HVAC systems are also included, as well as motion sensors and compact fluorescent lighting. Eighty-four per cent of construction materials and debris were recycled.

Bayer also just built a new greenhouse at its Innovation Center in Gent, Belgium. “Instead of purchasing the electricity needed to light the greenhouse, the new greenhouse generates its own power using gas,” says Nick Hamon, head of sustainability, Bayer CropScience North America. “The heat generated, which is usually wasted, is recycled to heat our laboratories and offices which are next door to the greenhouses. Greenhouse 5 in North Carolina shares the same footprint as this Gent facility, with adaptation in design to adapt to N.C. conditions.”

DuPont Pioneer’s state-of-the-art Edmonton Research Facility was opened in August 2011. It is 15,000 ft2 and has over 20 full-time, seasonal and part-time employees. 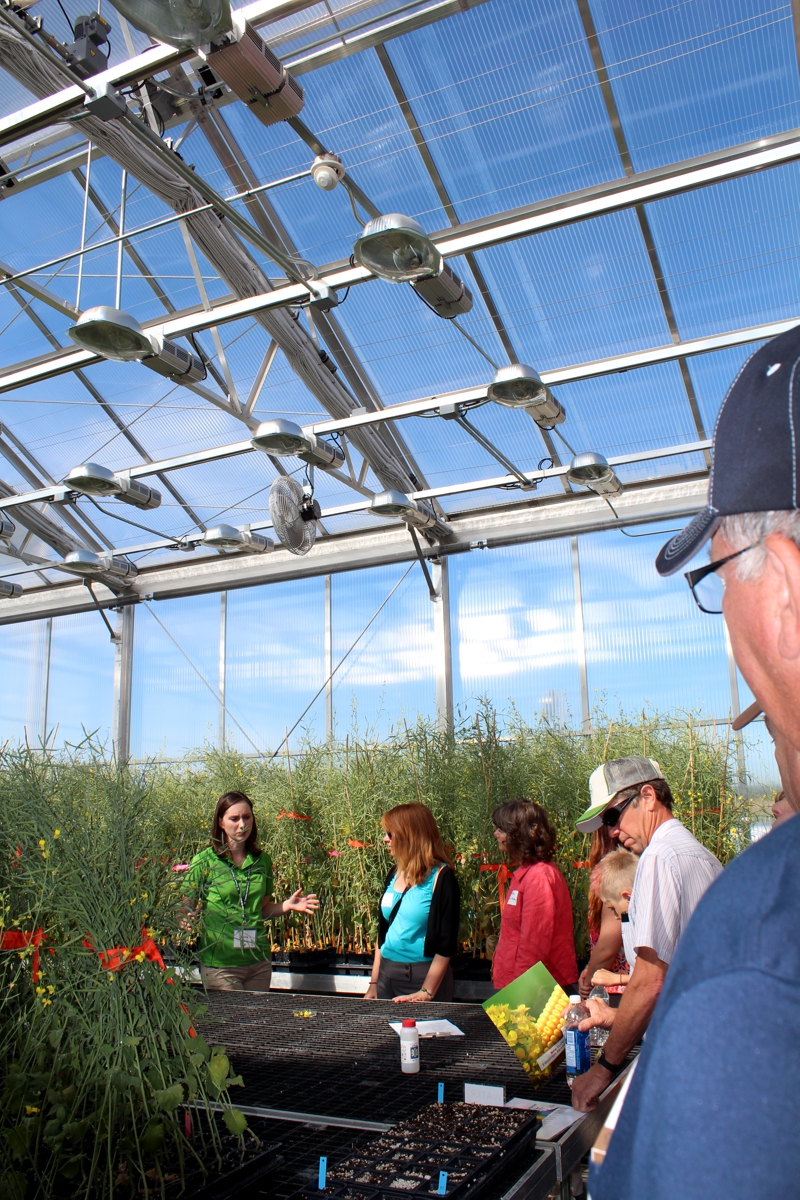 The greenhouse features energy curtains, programmed ventilation, dark bench tops for heat absorption and high-efficiency natural gas boilers. Control of growing conditions is fully automated through an Argus computer system. Rainwater is captured off the shop located adjacent the greenhouse and stored for use.

Tray bottoms are re-used in subsequent projects as much as possible, and staff minimize the amount of spraying required by using biological controls as a part of their IPM plan, says Kerrey Kerr-Enskat, Dupont Pioneer communications manager. Water is recycled through an evaporative cooling system.