Sixth annual Grower Survey finds higher sales in 2016 along with strong profit margins for many respondents…and a good dose of optimism for the current year. 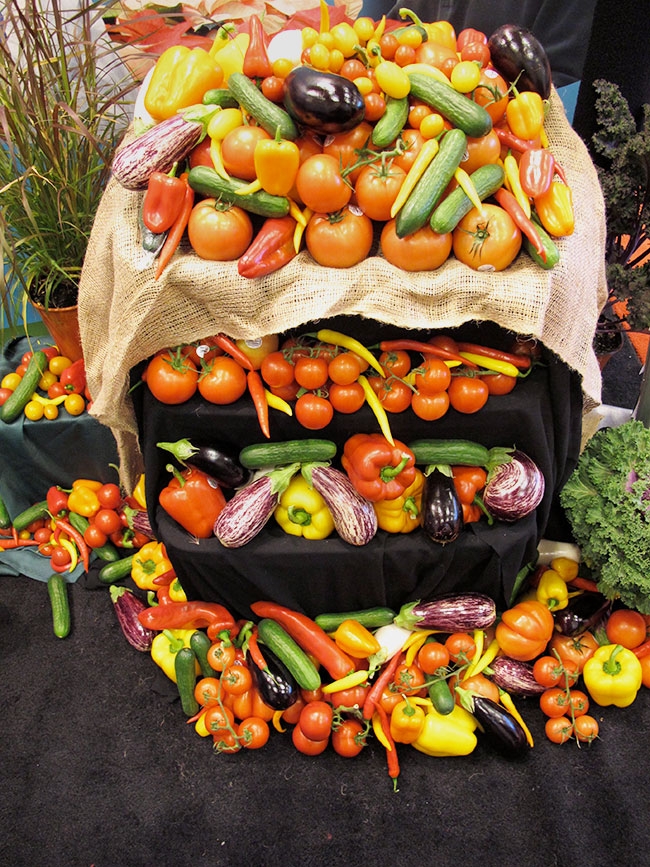 About 27 per cent of respondents listed “vegetables” as their primary crop.

May 2017 – Combine anecdotal feedback from growers mingling at industry events with results from our sixth annual Grower Survey, simmer and stir, and you’ve got a recipe for another fairly successful year (2016) in the commercial greenhouse sector.

Sales were solid, or at least above average for many, and the weather last year was largely on the side of growers.

Energy costs are becoming an issue, as growers tend to use lighting to extend the season and serve new markets. Electricity costs in most regions have been rising. Helping buffer those challenges is the fact natural gas prices remain at relatively low levels, and the pundits are calling for this trend to continue for some time. But cap and trade (or carbon taxes) costs are coming into play; the impact is now being felt and will be reflected, no doubt, in next year’s survey.

Our survey is far from scientific, and provides only a cursory glimpse of what’s going on in the sector. (Numbers in brackets are percentages. All numbers are rounded off.)

Who filled out this year’s survey? About half were wholesale growers, followed by vegetable growers (23 per cent), retail growers (20), and seven per cent were in propagation.

And where are they from? Ontario represented 60 per cent of the respondents, followed by British Columbia (19), Alberta (9) and Saskatchewan (7). We also had respondents in New Brunswick (2), Nova Scotia (2), and Quebec (2).

What are the “Primary” crops represented in the survey? Some 27 per cent grow “Greenhouse Vegetables,” while about 22 per cent grow “Ornamental Bedding Plants” and a similar percentage grow “Flowering Potted Plants.” Rounding out the survey were “Perennials” (seven), “Herbs and Vegetables as Bedding/Container Plants” (five), “Fresh Cut Flowers” (five), “Trees” (three). Filling out the list were “Tropicals,” “Woody Ornamentals,” and “Plugs and Propagation Material.”

Crop threats: We were also curious about pests and disease pressures in each quarter of 2016 compared to 2015, with the following feedback.

About 27 per cent of respondents listed “vegetables” as their primary crop.

Off-shore workers remain an important resource for the industry, with a little more than a third of respondents (36 per cent) employing off-shore workers.

Looking ahead to this year, there will be a modest gain in employment from among our respondents. Most (68 per cent) are maintaining employment levels, while 25 per cent are anticipating staffing increases of up to 10 per cent.

Investing in facilities/equipment: Our respondents reported little expansion last year, with only 18 per cent citing projects of 10,000 square feet or less. Some 76 per cent did not have projects last year.

Business threats and opportunities: We asked about “Business Threats in the Coming 3-5 Years.” Leading the way was “Energy Costs,” followed by “Market/Prices.” Rounding out the top three was “Taxes/Regulations.” The other threats included “Labour Shortage,” “Currency Fluctuations,” and “Imported Competition.”

On the question of  “Business Opportunities in the Coming 3-5 Years,” it was virtually a dead heat among “Non-Traditional Products,” “Buy Local Movement” and  “Organic/Green Products. All three are definitely strong contenders. Finishing a little behind the pack this year was “Export Markets.”

Thanks to all growers who participated this year, and we look forward to reconnecting next January…and hopefully to equally positive survey results.