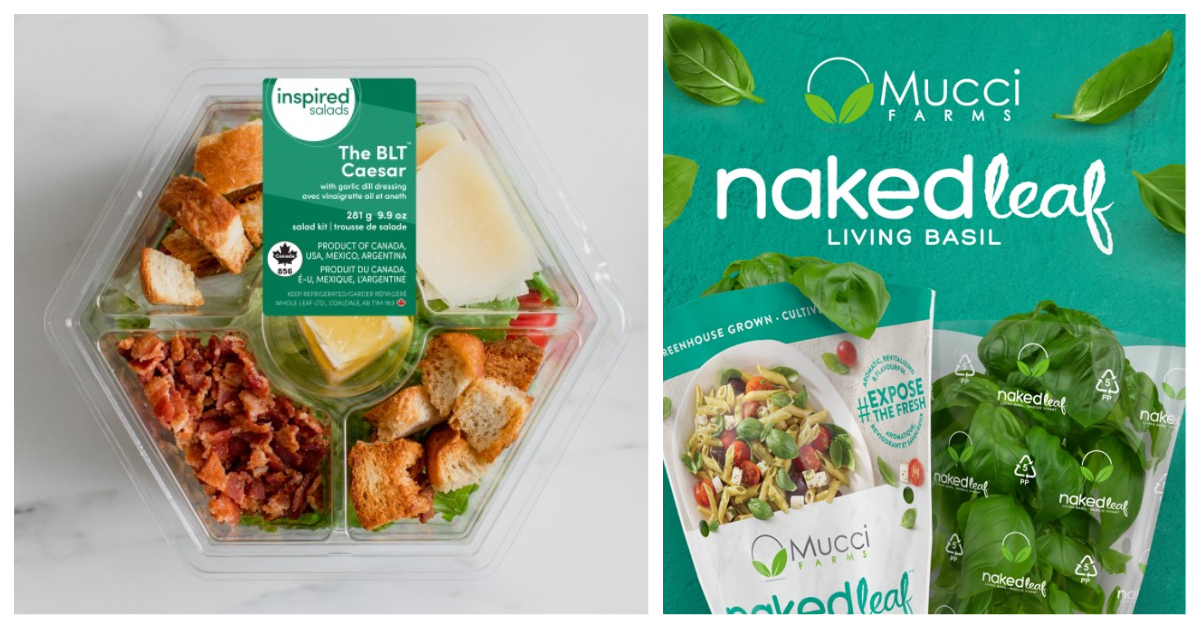 The Star Group’s new Inspired Salads was named Best New Product. Based in Alberta, Inspired Salads are prepared with greenhouse-grown ingredients and freshly made dressings, separated by compartments within a hexagonal container.

Mucci Farms’ Naked Leaf Living Basil won for Packaging Innovation. Reducing plastic by 50 per cent, its sleeve is made of 50 per cent paper with a compostable growing pot and a reusable exterior pot. 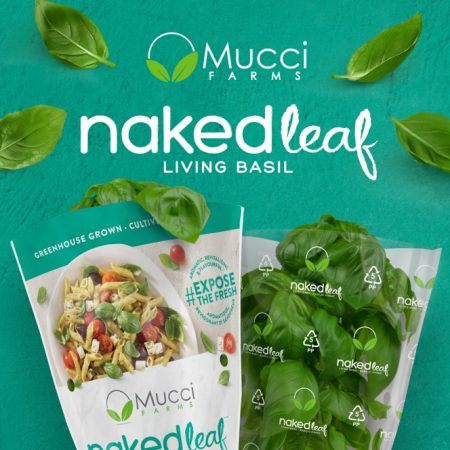 Each year, CPMA, through its New Product Showcase program, supports fresh produce industry members by introducing their new products to key industry professionals at its Convention and Trade Show.

“At CPMA we are committed to providing our industry members with tools and resources they need to grow their businesses and New Product Showcase is one of them,” said Ron Lemaire, CPMA president. “Our showcase has facilitated the introduction of countless products to the market by giving them valuable visibility before, during and after our Convention and Trade Show.”

The largest fresh produce event in Canada and CPMA’s first-ever virtual show, Fresh Week attracted almost 2,900 attendees from 42 countries. “One of the benefits of a virtual show is the opportunity to provide extensive education,” notes Lemaire. “All of our speaker sessions were well attended and had high audience engagement.”

This year’s event highlighted the theme: Industry Connections, Reimagined. In addition to providing industry members with networking, business development, and educational opportunities, Fresh Week’s program featured industry leaders who shared their challenges navigating through the pandemic and strategies they adopted to sustain and thrive their businesses.

The show featured an Expo Hub which hosted 175 booths with 183 companies active in the fresh fruit and vegetable market.

CPMA also carried on its tradition of supporting its community by raising funds for Food Banks Canada. At the end of the show, CPMA exhibitors and attendees raised $16, 604.75 surpassing the target goal of $15, 000. 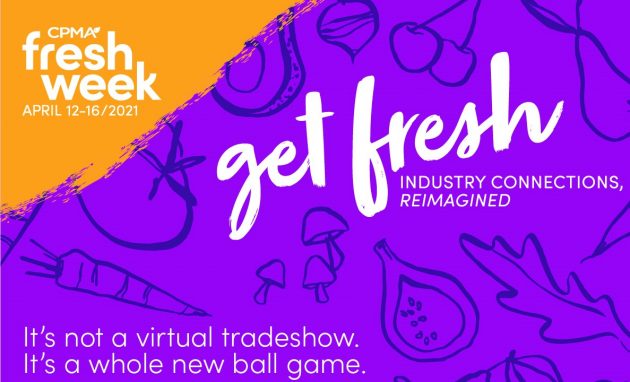 During Fresh Week, the 2021 CPMA Lifetime Achievement Award was presented to John Anderson, Chairman, CEO, and Managing Partner of The Oppenheimer Group (OPPY).

Anderson joined Oppy in 1975 when the company was a single office produce sales operation, earning just a few million dollars in annual revenue. He has since then become a leading grower, marketer, and distributor of fresh produce, generating a billion dollars in sales each year. Recognized as an industry leader, he has held various director-level positions with the produce industry in both Canada and the United States.

His contributions to the produce industry have earned him several professional awards including The Packer’s Canadian Produce Man of the Year and The Packer’s U.S. Produce Marketer of the Year – making him the only person to win this  publication’s awards in the United States and Canada. Under John’s leadership, Oppy has received several recognitions including being named one of BC’s Top Employers, Canada’s Top 100 Employers, Canada’s Best Managed Companies, and companies with Canada’s Most Admired Corporate Cultures.

“John Anderson has been a pillar of the Canadian industry supporting regional, national, and international associations to better the marketplace for all,” says Lemaire. “Throughout his career, John has recruited many people to join the industry, including myself,” Lemaire added. “Over the years he has been an advocate, a mentor, and a friend of CPMA, and I can think of no one more deserving of the 2021 lifetime achievement award than John. His legacy has been felt by many working today and it will continue to influence generations to come.”

CPMA thanks all sponsors, volunteers, exhibitors, and attendees for making this event possible and looks forward to welcoming everyone at its 96th Annual edition of CPMA’s Convention and Trade Show, April 5-7, 2022, in Montreal, Quebec.

With files from CPMA