The Rise of Biologicals 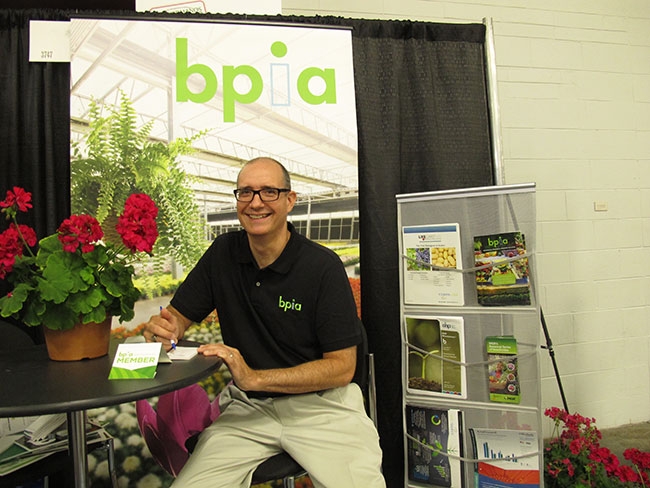 September 2017 – Growers who have been relying on biocontrols as effective pest management tools over the years are now also turning to biostimulants to improve crop performance.

The growth of biological products has been quite impressive, among the fastest growing sectors in crop maintenance. In 2015, it represented a $2.7 billion market; it’s forecast to grow to $4.1 billion by 2018.

The Biological Products Industry Alliance (BPIA) has been working since 2000 to increase awareness of biological products as effective tools, assist with further improvements to regulatory processes, and provide key networking opportunities for members and affiliates.

BPIA was formerly known as the BioPesticide Industry Alliance. The new name reflects its expanded membership. Biostimulants were added to its focus last fall. “We’re seeing a lot of growth in all sectors,” said BPIA executive director Keith Jones during our interview at Cultivate’17 in Columbus, Ohio, “but especially with biostimulants.”

The association has grown from five members in 2000 to 120 companies today, including about a half-dozen in Canada. BPIA welcomed its first member from Mexico this year.

And there is the potential for significantly more growth, since biologicals currently represent only five per cent of the global crop protection market, the rest being the traditional chemistries.

“As more biological technologies are developed, and the efficacy is demonstrated, more people will embrace it,” Jones explained.

Europe is about five years ahead of North America on the issue. People there are much more concerned about what is going on their food their flowers and their golf courses. “That’s a big driver,” said Jones, “and we see this coming our way.”

CANADIAN MEMBER-FIRMS ARE QUITE SUPPORTIVE

The Canadian member-firms with BPIA are quite supportive, and Jones is working to attract more companies. “We hope to form a Canadian committee within the next year or so.” There are different challenges in Canada and different regulatory issues. “I’d definitely like to see us do some programming in Canada.”

The association hosts a pair of major membership meetings each year in the U.S. – one in the West in the spring, and one in the East in the fall.

These events attract between 400 and 500 growers. “Attendance is growing every time we host one of these events.”

Jones was a speaker at Cultivate’17, discussing the building of a horticulture business through the incorporation and marketing of biological products. He explained that with high levels of consumer demand and rising levels of regulatory pressure on conventional products, the biological sector is flourishing and offers a variety of business opportunities.

Many BPIA members also create traditional chemistries. “We’ve never claimed that biologicals are a silver bullet,” said Jones. “We believe that they are part of the overall solution. We’re big proponents of Integrated Pest Management, where you use both together for the best results.”