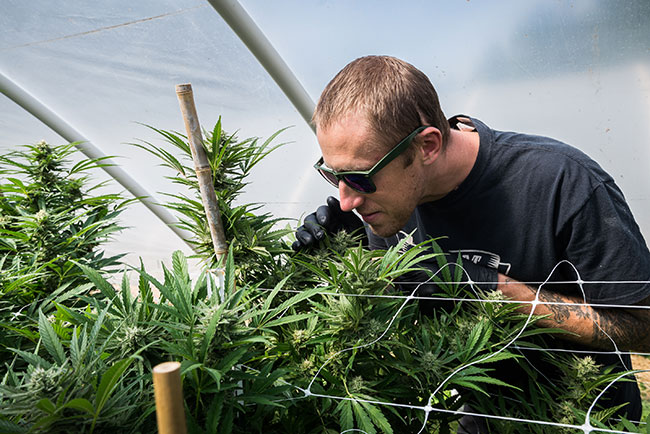 Modern autoflowering varieties don’t have to come second behind photoperiod strains when it comes to quality. They could potentially maximize overhead and space in the grow facility. photo courtesy of Mike Rosati

Environmental conditions in Canada follow a gradient of sorts from south to north. Along the southern border there is a pronounced milder, coastal influence where the successful planting and harvesting of most photoperiodic cannabis varietals is possible outdoors. As you move north into colder, harsher and more variable conditions, autoflowers become the ideal choice for outdoor.

Different from most commonly cultivated “photoperiod” types, autoflowers don’t rely on light cycles to determine flowering. They can also give you the added predictability of knowing you can harvest within 100 days or less from planting.

To craft the modern autoflower, crosses have been made using Cannabis ruderalis, which is hardy in cold, northern climates. The resulting strains can be grown in distinctly colder environments than what traditional varieties can tolerate.

The ruderalis subspecies carries adaptations that modern breeders have used to their advantage, yielding plants that have a variety of THC/CBD ratios and also the unique quality of allowing for multiple harvests on a quick timescale. Modern autoflower varietals bred by reputable, skilled breeders retain all the important terpenes and cannabinoids you would expect in traditional photoperiod genetics. Bud structure and density on par with photoperiod varietals is now standard for today’s autos. You’ll have the whole colour spectrum, from deep purples to vibrant greens represented as well.

The autoflower seeds of today can also compete with photoperiod strains in the marketplace in a way that wasn’t possible not too long ago. A significant portion of the Canadian market has been THC-focused for some time. With today’s updated autos, it’s possible to get the THC numbers demanded by the high-THC segment of the market. 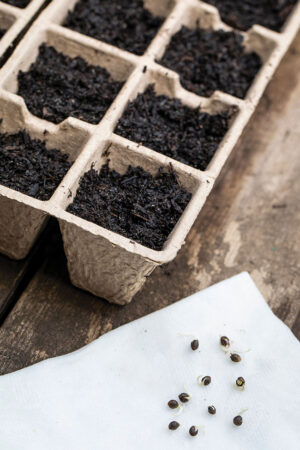 Autoflowers could be a good option for both indoor and outdoor growing environments. photo courtesy of Rachel Weill

That being said, the magic of autoflowers really is that they are suitable for both indoor and outdoor growing. Modern varieties dispel the outdated notion that autos are not as good as photoperiod strains. Whether you choose outdoor, a greenhouse setup, or a controlled environmental agriculture (CEA) approach, you could potentially maximize your profits and minimize your overhead by choosing autoflowers.

If you look at the harvest index, or measurement of crop yield, which is defined as the weight of harvested product as a percentage of the total plant weight of a crop, you’ll quickly see that autoflowers are considerably more efficient to grow. Photoperiod strains expend a lot of energy building massive stalks, whereas autos put all of their energy into growing the part of the plant that makes a profit. The harvest index becomes really important when you start calculating employee hours. Autos are much less time intensive in terms of leafing, pruning, harvesting and general greenhouse maintenance, leading to substantial cost savings. Being able to run multiple, consistent harvests in rapid succession gives growers the opportunity to scale up in a predictable way.

Due to the faster finishing times, autos require fewer nutrients than photoperiodic strains, which adds to the cost savings. Space is often at a premium. Starting with autoflower seeds allows you to eliminate the veg room and nursery team. You can dedicate your full square footage to flower production. Autos also come with the added benefit of being hardy. If you are growing outdoors or in a greenhouse and you have a surprising change in weather leading to quick fluctuations in temperature or humidity, there is less risk with autos. They are able to withstand more variability in environmental conditions when stressed. Some auto strains also offer enhanced pest and mold resistance, making them a potentially good choice for both experienced cultivators and those new to growing cannabis.

Commercial operations will want to keep a close eye on all plants, autoflowering or not, but smaller growers and hobby growers can just about set it and forget it with autos, making them convenient and fun to grow.