First identified in Israel in 2014, ToBRFV is a newly emerged virus mainly affecting tomatoes and peppers, which has since spread world-wide and was detected in Canada in 2019. 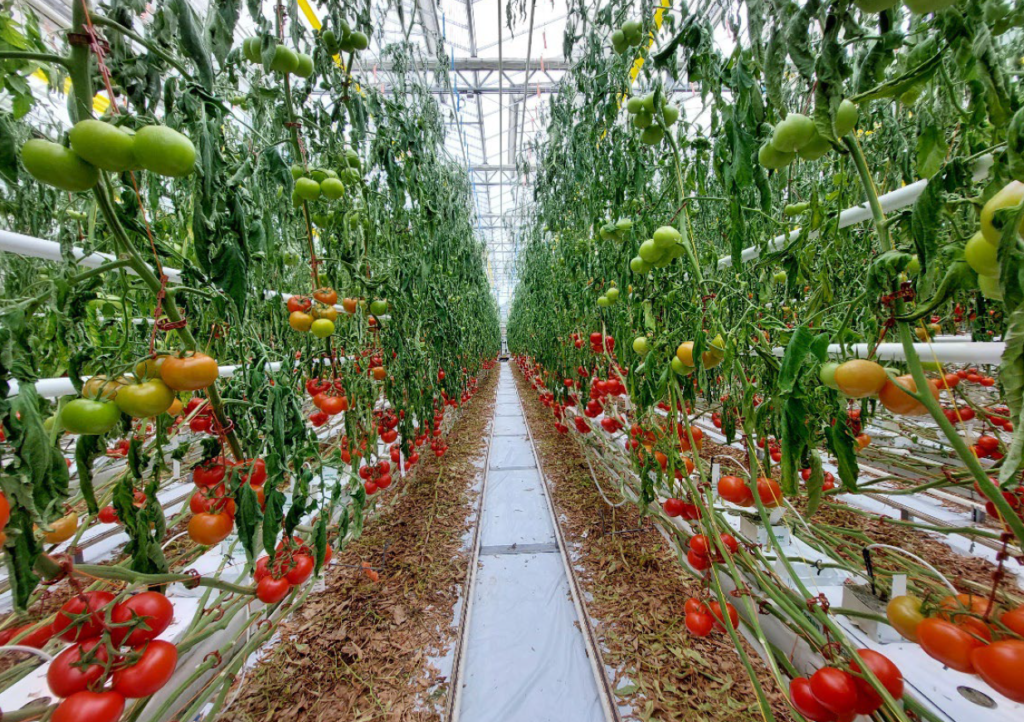 As the majority of tomato varieties have been developed by European seed companies, Vineland’s program focused initially on developing flavourful greenhouse TOVs adapted to the unique climate in southern Ontario, the epicentre of modern greenhouse vegetable production in North America.

However, the focus shifted in late 2019, when OMAFRA and OGVG invested in additional research at Vineland to identify a source of resistance to the Tomato Brown Rugose Fruit Virus (ToBRFV) and develop the necessary tools to add resistance to Vineland’s breeding program.

First identified in Israel in 2014, ToBRFV is a newly emerged virus mainly affecting tomatoes and peppers, which has since spread world-wide and was detected in Canada in 2019. Discoloured leaves and crinkled brown or yellow spots on the fruit are the hallmark symptoms of the disease.

Although not a food safety concern, it reduces the market value of the fruit and threatens global food security.

The Vineland team has since been involved in two separate efforts to combat this virus. First, a collaboration with researchers at AAFC to screen Vineland’s collection of diverse tomato lines for ToBRFV resistance. Secondly, a partnership with two global seed companies to screen a wide collection of tomatoes in Europe for ToBRFV resistance and to develop tools to efficiently breed that resistance into Vineland’s elite, Canadian-adapted TOVs.

If current efforts are successful, it is anticipated that Vineland will be able to begin testing new, high-yielding varieties in commercial greenhouses in two years, using the newly identified resistance and breeding tools.

This past August, Vineland showcased its research facility to a group of participants during the International Tomato Brown Rugose Fruit Virus Symposium. Hosted by OGVG in partnership with OMAFRA, AAFC and Flowers Canada Growers, researchers from around the world met to address the issue of ToBRFV by discussing a number of topics including: on-going research, crop management strategies and mitigation approaches.

This research program has been funded through AAFC, Genome Canada, Ontario Ministry of Agriculture, Food and Rural Affairs (OMAFRA) and OGVG.