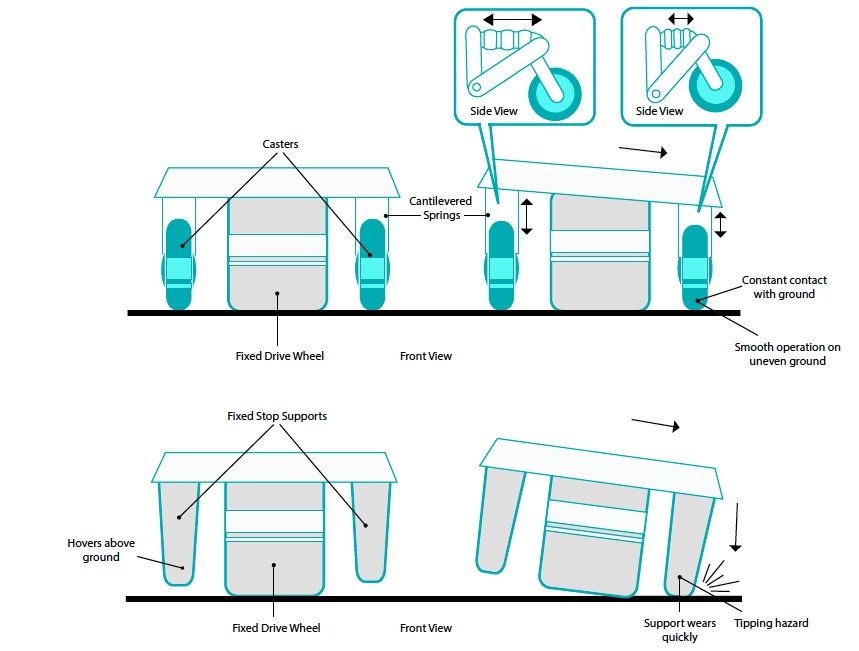 A fixed drive wheel supported by two cantilevered, spring-loaded casters are in constant contact with the ground, supporting the stability of the lift truck and its load.

The Stärke Continuous Stability feature offers improved control over fixed stop supports which sit off the ground and wear quickly over time, says the company.

Fixed stops are also prone to becoming caught up on rough or uneven floors, causing sudden stops, precipitating falling merchandise and possible damages and safety hazards, where the Stärke casters move over the terrain with a smooth and steady flow.

Stärke has created one of the most stable electric pallet truck on the market, offering added protection against product damage while in transit. It also has less than half the wearable parts of the competition.

An adjustable riser rod alters the height of the wheels with a simple nut adjustment, while offering ease of maintenance because of its simple, yet sturdy design.

Stärke also uses metal components, rather than plastic, in many instances, allowing for less wearable parts and less downtime.