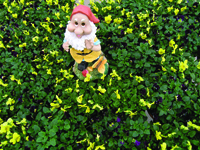 Despite a generally cool and wet spring across the country, a number of retail growers and garden centre operators we contacted reported increased sales.

“It has been a bit of a funny year,” said Karl Stensson of Sheridan Nurseries in Toronto. “The weather in April was excellent, but the first three weeks of May were very bad,” he reported. “Since then, the weather and sales have been very good. We’re up about five per cent over last year.”

Jan Pedersen, president of Shelmerdine Garden Centre in Winnipeg, said his sales are up about eight per cent over last year. “The cooler spring weather actually helped,” he said. “Business was steady. There were no peaks or valleys.”

Bill Hole of Hole’s Greenhouses near Edmonton noted that while the delayed spring initially slowed sales, by the end of May they had bounced back and surpassed last year’s figures.
John Zaplatynsky, the president of Gardenworks (with eight garden centres in the Vancouver area) echoed Hole’s observations. While business was soft in March, April and early May, stronger sales in late May and early June boosted profits somewhat above last year’s figures.
Back in southern Ontario, Terry Colasanti of Colasanti Tropical Gardens in Leamington, reported
that while Mother’s Day dawned cold and rainy, he has no complaints about the rest of the spring and early summer. 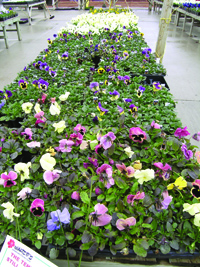 Marcel Senecal, agricultural crop adviser for the Québec Ministry of Agriculture, Fisheries and Food, said that while sales among Québec greenhouse and garden centre operators were good, they weren’t quite up to expectations. He cited poor weather as the defining factor.
In the Maritimes, spring weather “was lousy,” said Tony van den Hoek (Lowland Gardens in Great Village, Nova Scotia). Nonetheless, sales were on par with last year. Pack sales continue to decline, he noted.

Senecal reports that hanging baskets and specialty pots were in great demand in Québec.
Colasanti noted that gardeners prefer instant planting results. “People today seem to want to buy the grown plant, put it outside and enjoy it,” he explained. “They don’t want to wait.”
He said that tropical plants, such as pineapple, Italian fig trees and banana plants, are increasingly popular in southern Ontario. “People are looking for something unique.”
At Sheridan Nurseries’ stores, spread throughout the Toronto region, Stensson reported that nursery stock is really selling well. “We are seeing less interest in flats and bedding plants,” he says. “We are selling more plants in sizes 4” and up.”

Pedersen, at Shelmerdines, noted that sales of leafy shrubs are strong and people are buying more exotic annuals and patio climbers. 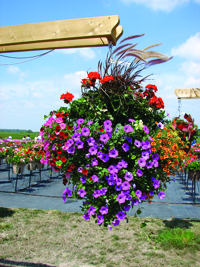 Container gardening interest is still growing in Alberta. “Nursery sales are down some, while bedding plants and hardware sales are up,” said Bill Hole. “We are also seeing more interest in exotic plants.”

Myron Love is a freelance writer and photographer in Manitoba.


Related
GRASSROOTS EXPERTISE ON GARDENING TRENDS
The ‘greening’ of the marketplace
Healthy markets for fresh berries
From the Editor: April 2011