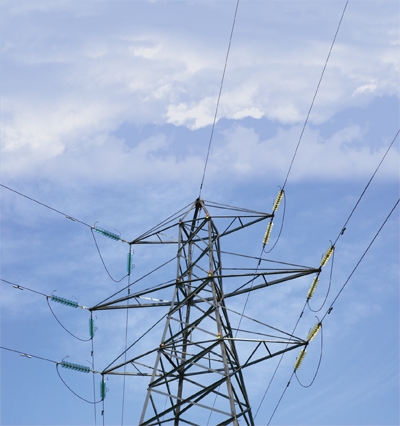 Horticulture accounts for about 10 per cent of electricity generation in the Netherlands.

Cogeneration has been increasing since 2005 in Western Europe and in particularly in Dutch horticulture.

The main reason for growers to invest in CHP (combined heat and power) is to reduce energy costs. An important advantage is also the availability of more CO2 by using a CHP compared with a traditional gas boiler.

In this and upcoming articles, we will inform you about CHP, the advantages and applications in the horticulture.

PART ONE: CHP FOR HORTICULTURE AND THE ENERGY MARKET
We know that a great amount of energy (heat) is lost with electricity generation. Most electricity is currently generated in fossil fuel-fired power stations. The waste heat, more than half of the energy input, is not used, but is discharged into the environment via cooling water or a cooling tower.

In modern gas-fired power plants – combined cycle gas turbine (CCGT) – the loss is still 45 per cent. In coal-fired power plants, the efficiencies are significantly lower. Additionally, the emissions of greenhouse gases and acidifying substances, per kWh of electricity generated, are higher than with natural gas. In some cases, this loss has been partly reduced by using the waste heat for district heating or greenhouses.

The efficiency of the electricity generation decreases because of the required temperature for heat delivery. Although the long transport pipelines are well isolated, heat losses occur.

CHP INCREASES EFFICIENCY THROUGH REDUCED HEAT LOSS
CHP is a good alternative for electricity generation and a useful application of the heat. The CHP operations are located mostly in the vicinity of the users, so heat losses in transport pipes are negligible. The CHP units are normally driven by heat demand, which means heat losses rarely occur. The fuel consumption for the combined production of electricity and heat in a CHP is lower than the consumption for the same amount of electricity in a power station and heat in a separate boiler.  The total efficiency for fuel conversion into electricity and heat in a CHP is usually about 90 per cent. Higher efficiencies are also possible by using waste heat at low temperatures. By partially using the condensation heat of vapours in the flue gases, the efficiency can even be close to 95 per cent.

CHPs start very quickly (within minutes) to generate electricity at full load. These units are suitable to compensate for the off-balance (arranging the electricity demand and generation) in the grid.

Most of the CHP in horticultural applications are natural gas-fired, but biogas is also possible. A reciprocating combustion engine is mainly used in greenhouse applications. Such an engine is comparable with a car engine, but uses natural gas or biogas instead of petrol or LPG. The water in the district heating system is heated by using the heat in the cooling water of the engine and the flue gases. The maximum heating water temperature is mostly 90º to 95ºC. Available engines for horticulture are rated between 1 to 8 MW.

ENVIRONMENTAL ADVANTAGES INCLUDE LOWER CO2 EMISSIONS
CHP applications have a significant fuel saving compared with conventional electricity generation and heating. The lower of CO2 emissions are an important contribution to reducing the greenhouse (global warming) effect. The amount of savings depends on the choice of power station, and the connection to the electricity grid. The savings increase when the heat is used at lower temperatures.

Depending on the connection point with public grid of the CHP, the savings on transport losses can be taken into account. The electricity generated in power stations has long transport distances with the associated cable losses. The electricity from the CHP is usually supplied close to the users. ■