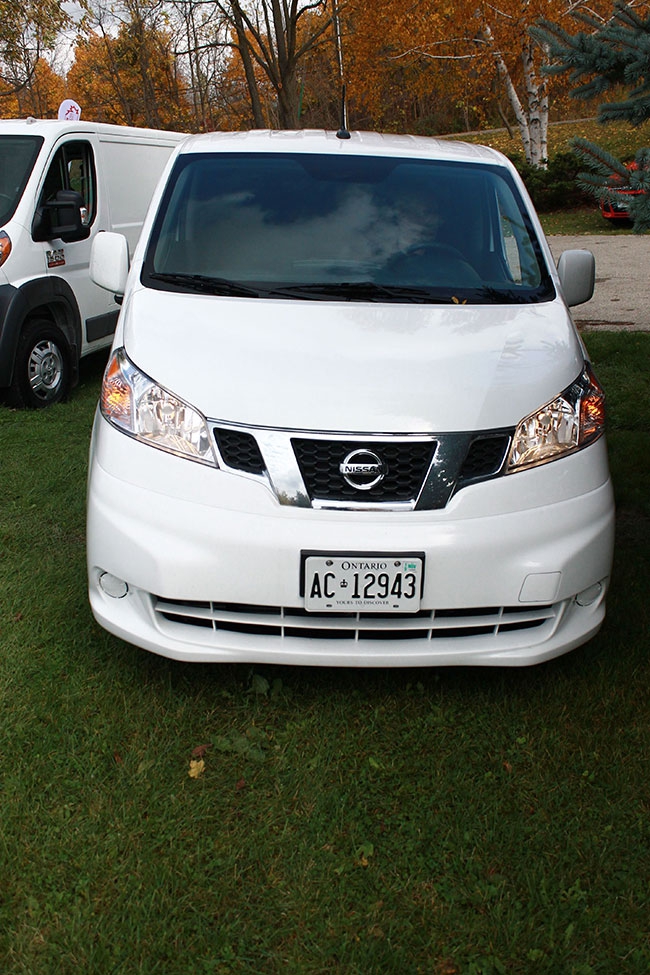 This year’s mid-size winner was the Nissan NV200.

February 2015 – Six judges evaluated these vans over two days last fall. Each is a member of Automobile Journalists Association of Canada, and they spend a substantial portion of their working year evaluated trucks, vans and vehicles that work for a living.

The Canadian Truck King Challenge has concerned itself with real-world pickup truck testing since 2006 – and still does. However, over the past few years a one-of-a-kind metamorphosis has taken place in the commercial van market in Canada, one that simply had to be investigated more closely.

Once we approached the manufacturers about doing our brand of testing on their products, they wholeheartedly agreed.

Now for those folks who buy and use commercial vans – well you already know that the landscape has changed. For most everyone else let me just say that what has happened to the traditional low-roof North American box van (think Ford E-series) is a European invasion.

Starting with Mercedes Benz several years ago, we saw the arrival of the Sprinter with its distinctive high-roof and diesel engine.

What followed was a Ford product, designed and built in Europe – the smaller Transit Connect and now the full-size Transit.

Quick on the heels of these two are the ProMaster vans. Badged as Rams, they started life as Fiats. They too bring a diesel powertrain as well as gas and a unique front-wheel drive design.

From the other side of the globe, Nissan brought a built in North America van – the NV. Gas-powered and with various roof heights, it’s a competitor to all the builders mentioned so far. Now Nissan has also offered up a smaller FWD van – the NV200.

Six judges evaluated these vans over two days last fall. Each of these judges is a member of Automobile Journalists Association of Canada (AJAC), and someone who spends a substantial portion of their working year evaluated trucks, vans and vehicles that work for a living.  But that pedigree alone is not enough (as anyone who follows the Challenge knows). We drove the vans empty to start with; then we loaded them with payload; and finally replicated downtown deliveries.

In total we drove over 1,600 kilometres while testing.

For payload, we used shingles – 3,070 pounds on a single pallet for the full-size vans and 1,040 pounds for the three smaller ones. These were supplied by IKO and loaded at Roof Mart in Brampton.

The following day we did something rather new to the Challenge. We ran a very small route through the congested downtown that took in laneways, parking lots and alleys. And, we spent a bit of time with each van backing into narrow docks. This exercise was to see how well the mirrors were setup, what the sightlines on each vehicle were, and to sense how well it steered in tight quarters. Judges scored each van based on their own observations.

So while how a vehicle drives and handles is a very subjective process when scoring, determining fuel economy isn’t. Just like last year (and with our Heavy Duty Challenge), we engaged a Kitchener company, MyCarma, to install electronic data readers in each of the vans to record fuel consumption over the two-day test period.

Please keep in mind that these results are as “real world” as it gets. The readers run constantly and the results are a blend of the driving styles of all six judges who circulate through the vans on a rotating basis. What we have done, though, is tried to break out the fuel numbers for when the vans were empty, loaded and during the low-speed simulated downtown delivery segment.

“…AND THE WINNERS ARE…”
So, who won? Well the Ford Transit come out on top for the full-size vans while the Nissan NV200 squeaked out a win in the smaller category.

And how did that happen? Well the story is in the details. Please have a look at who our competitors were and how the judges scored them – that’s where the story lies.

Who were the competitors?

Ford Transit 250: The Transit was born and raised in Europe and Asia but is now also being built in Kansas City, Missouri. It’s a typical front engine, rear-wheel drive configuration. Ford says the Transit will average 25 per cent better fuel economy than the current E-series that has now ceased production. Variations of this include three body lengths, two wheelbases, three roof heights, and bodies that include van, wagon, chassis cab and cutaway variations. Each engine is paired with an automatic six-speed transmission

Ford Transit Connect: This small van introduced in ’09 really started the trickle that has become a flood of new van products here in Canada. Late last year the Transit Connect got a nice makeover taking it into this model year. It got two new engines, a tow package, two wheelbases and new trims. Order it with second-row seating, a rear-view camera, 6.5-inch touch screen display with navigation, and SYNC with MyFord Touch. Ford suggests that the 1.6L EcoBoost I-4 will get in the 7.8L/100km range.

We had both an EcoBoost and a naturally aspired engine to test.

Mercedes Benz Sprinter: This year Sprinter has an updated body that features a higher nose, larger grille louvers, and new options like Bi-Xenon headlamps. Along with the body update, the V6 BlueTec diesel gets a new base engine partner – the 2.1L I-4 turbodiesel. This engine is said to get a combined fuel rating of 8.9L/100km. Mercedes has also added five new assistance systems to the Sprinter to help drivers avoid accidents. Last, but most interesting, a 4WD option is now available on these vans. While I have driven one after our event (and it worked very well), one was not available at the time. Maybe next year.

Ram ProMaster: The new ProMaster will cover consumers’ needs with a variety of body styles and weight categories (1500, 2500 and 3500) in Van, Chassis Cab and Cut-Away versions. However unlike the Mercedes and Ford, it is a FWD powertrain, giving it a lower, flat cargo floor.

The two ProMasters we had for testing were both built with the 3.6L Pentastar V6 gas engine. However the ProMaster is also offered with a 3L – I4 EcoDiesel that was not available at the time of testing. That falls into the “too bad” category because we were very curious to see how it stacked up to Ford and Mercedes. Again, maybe next year.

Nissan NV200: The NV200 is going up against the Ford Transit Connect and the coming ProMaster City. Unlike the others, it has already scored a market by being named the preferred taxi of New York City. Its small FWD platform lends itself to fleets and individual business functions. Its low pricing is certainly an advantage.

IN SUMMARY
These were our competitors. A very nice field – however there were a couple of vehicles missing for one reason or another. These were the full-size Nissan NV, the diesel engine ProMaster and also the ProMaster City, a smaller version of the ProMaster meant to do battle with the Transit Connect and NV200.

As for GM – well they are offering the NV200 now rebadged as the Chevrolet City Express for its small van market – this entry would have been redundant. And finally it still offers its full-size Savana and Express vans.

Howard J Elmer is a veteran Canadian automobile journalist and the owner of PowerSports Media Services. 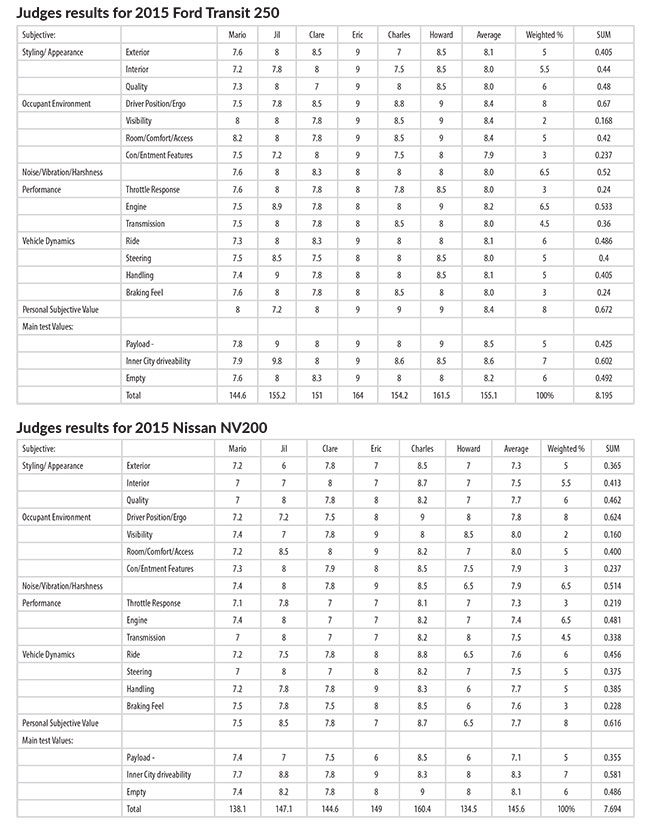