News
Some Pure Flavour veggies truly out of this world

These peppers will be part of the fresh food supply delivered on the Space X-4 cargo flight. 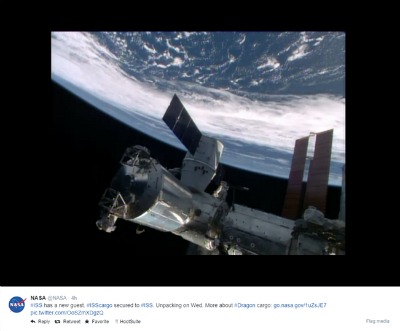 On Sept. 21, Space X–4 began its cargo flight from Cape Canaveral in Florida to bring supplies to ISS, including an assortment of nutritious fresh fruits and vegetables.

Bell peppers are an excellent source of vitamin B6, vitamin C and folacin, all crucial parts to a balanced and healthy diet.

“We are honoured to be part of this adventure to bring fresh vegetables to space,” said Matthew Mastronardi, chief marketing officer at Pure Flavour.

“All of us at Pure Flavour® are very excited to be working with NASA in their journey to explore the universe in a healthy way.”

Early in the space program, prepared meals for astronauts in space were only available in semi-liquid form stored in specially designed packages.

A few short decades later, technology has evolved and has given astronauts the ability to have more variety and better food selections that include some fresh fruits and vegetables.

“Pure Flavour would like to thank NASA for including us in this amazing journey and look forward to other future opportunities. We wish the crew members all the best and have a safe return flight back to Earth.”

Click here for more information regarding NASA or this mission.