Canadian horticultural lighting manufacturer, Sollum Technologies, is gaining momentum. Over the past few months, the company has made a number of announcements highlighting new dynamic LED lighting projects with both national and international producers.

TriSon Farms, Ont: In February, Sollum announced the commercial adoption of their technologies by TriSon Farms in Kingsville, Ont.

“We are really looking forward to working with Sollum™,” says TriSon Farm’s Chief Operating Officer, Josh Mastronardi, at the time. “With a dynamic lighting solution, we can push the boundaries of possibilities in our greenhouses.”

TriSon Farms is run today by a partnership of three grandsons and produces tomatoes, peppers and cucumbers. 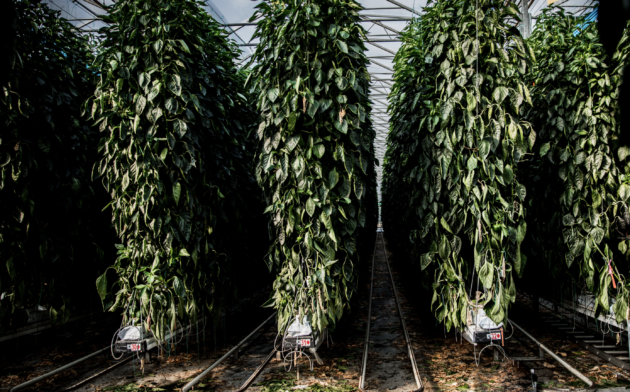 Maarel Orchids, Netherlands: In March, Sollum announced their first project outside of North America with Maarel Orchids, a producer with close to 22 acres of greenhouse facilities cultivating more than 115,000 orchids weekly and offering 25 different varieties.

“We pride ourselves on aiming for perfection in our greenhouse operations so we can consistently produce the highest quality orchids,” says Rene Vissers, Managing Director, Maarel Orchids. “Sollum’s dynamic LED lighting solution gives us the ability to control every aspect of our lighting so that it continuously meets the needs of our plants, even as they change.”

As a global hot spot for cut flower cultivation, the Netherlands presents a highly sought-after market for the top horticultural lighting companies, says Sollum. The lighting manufacturer was recommended to Maarel by Ledgnd, a brand independent lighting advisor company based in the Netherlands that matches LED light providers to growers. 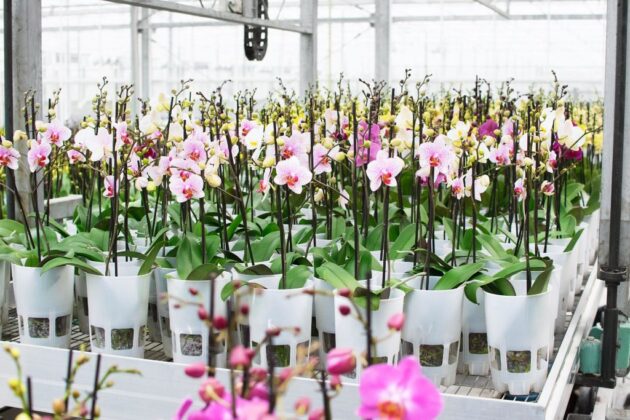 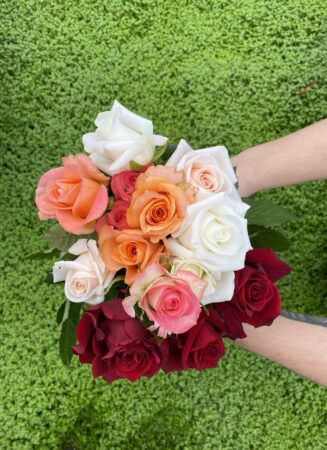 Founded in 1996, Rose Drummond was acquired in 2020 by Gilles Soucy who was searching for a lighting solution that would enable a wider variety of crops and increase productivity.

The company decided to implement Sollum’s smart LED grow light solution on over 1000 m2 of their 4175 m2 of greenhouse space, where they will grow roses, gerberas, alstroemerias, tomatoes and cucumbers.

The agroenvironmental college program at the ITAQ allows students to pursue research objectives in the Institute’s controlled environment greenhouses.

“With great success, we are currently using Sollum’s dynamic LED grow lights to conduct research on greenhouse peppers and eggplants,” says professor and agronomist, Caroline Vouligny. “The smart LED fixtures are a significant upgrade from our previous HPS lights and allow research students to gain experience with leading-edge technology in the controlled environment field.” 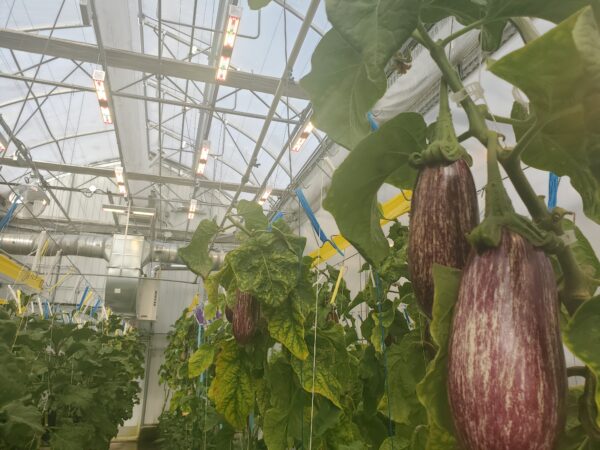 Demonstration project funding: In April, Sollum announced the second phase of their funding from Sustainable Development Technology Canada (SDTC). The supplier will be receiving $2.5M to jumpstart a demonstration project valued at $14M to highlight benefits of LED lighting solutions for the production of greenhouse tomatoes, working with partners SAVOURA Group in Sainte-Sophie, Que., Prism Farms in Leamington, Ont. and Agriculture and Agri-Food Canada’s Harrow Research and Development Centre (Harrow RDC).

SAVOURA Group and Prism Farms, both specializing in greenhouse tomato production in Québec and Ontario, respectively, will host demonstrations in dynamic greenhouse lighting and put Sollum’s lighting solutions to the test. Each of the greenhouse operating partners will demonstrate dynamic lighting on one hectare of growing space while Harrow RDC will be expanding their use of Sollum light fixtures for research on top of what they implemented during the phase one of SDTC funding.

Phase I was implemented in 2020, when the company first received a $5.25M investment from SDTC, allowing them to partner with Allegro Acres and Harrow RDC in Ont. to test LED lighting for greenhouse pepper production.

As was done with the greenhouse pepper project, new light spectra and photoperiod protocols developed and researched by Harrow RDC will be made available to the public via published data, which will also support SAVOURA Group and Prism Farms via the SUN as a Service platform.

“Sollum’s dynamic fixtures will be used to supply lighting for our new greenhouse expansion where we will aim to produce fresh tomatoes for our customers year-round,” says Ryan Tiessen, Vice President, Prism Farms. This technology will also allow us to find production and energy efficiencies that were not available to us before.”