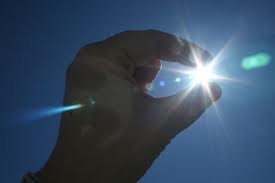 The solar pilot project could generate power as well as additional agricultural land. (Courtesy of IndianaPublicMedia.org.)

Despite restrictions on imported foreign solar technologies, Indian companies are powering ahead with innovative solar schemes like a solar powered greenhouse generator.

The project, which launched in July 2011, is a joint venture between renewable energy developer PR Clean Energy, and Fonroche Energie, the largest private solar company in France. The pilot photovoltaic-powered greenhouse is scheduled to come on-line later this year.

According to a Financial Times blog:

“PR Fonroche will initially build the greenhouses for farmers free of cost, use a little of the power produced to run the greenhouse and sell the rest to the local grid. But as the project develops, the company hopes to share the increased profits with the farmers.”

The blog post notes that this pilot project addresses two shortages India is facing right now: land for farming and electrical power in remote areas. These challenges are by no means unique to India, however, and the technology could have widespread applications in other countries as well.