January 5, 2021
By University of Texas at Austin (edited)

January 5, 2021By University of Texas at Austin (edited) 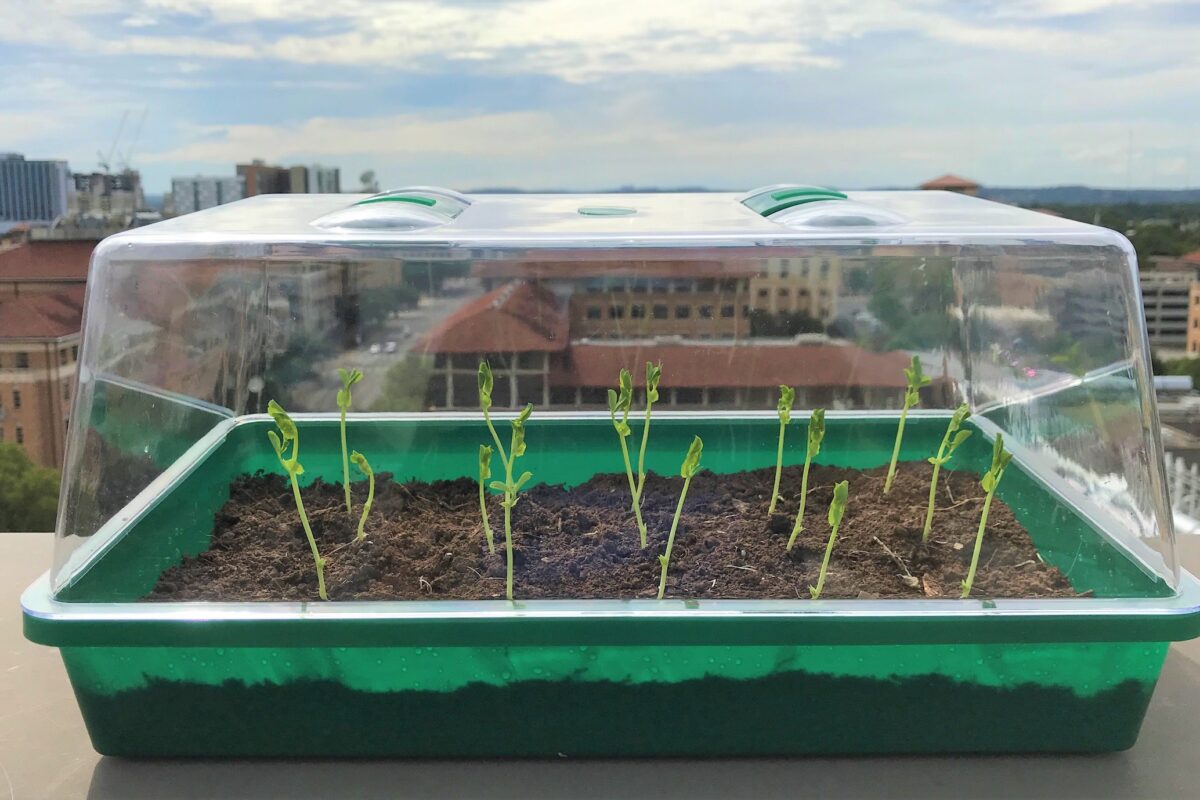 A new type of soil created by engineers at The University of Texas at Austin can pull water from the air and distribute it to plants, potentially reducing water use in agriculture.

As published in ACS Materials Letters, the team’s atmospheric water irrigation system uses super-moisture-absorbent gels to capture water from the air. When the soil is heated to a certain temperature, the gels release the water, making it available to plants. When the soil distributes water, some of it goes back into the air, increasing humidity and making it easier to continue the harvesting cycle.

Each gram of soil can extract approximately 3-4 grams of water.  The gels in the soil pull water out of the air during cooler, more humid periods at night. Solar heat during the day activates the water-containing gels to release their contents into soil.

The team ran experiments on the roof of the Cockrell School’s Engineering Teaching Center building at UT Austin to test the soil. They found that the hydrogel soil was able to retain water better than sandy soils found in dry areas, and it needed far less water to grow plants.

During a four-week experiment, the team found that its soil retained approximately 40% of the water quantity it started with. In contrast, the sandy soil had only 20% of its water left after just one week.

“Most soil is good enough to support the growth of plants,” said Fei Zhao, a postdoctoral researcher in Yu’s research group who led the study with Xingyi Zhou and Panpan Zhang. “It’s the water that is the main limitation, so that is why we wanted to develop a soil that can harvest water from the ambient air.”

The team has also tried the indoor growth of several microgreens such as broccoli, radish and peas. “They could be certainly used for indoor farming with controlled temperature, humidity and simulated sunlight. Our SMAG-soil can work for various crops and should be able to perform well in indoor settings,” says Yu.

The water-harvesting soil is the first big application of technology that Yu’s group has been working on for more than two years. Last year, the team developed the capability to use gel-polymer hybrid materials that work like “super sponges,” extracting large amounts of water from the ambient air, cleaning it and quickly releasing it using solar energy.

The researchers envision several other applications of the technology. It could potentially be used for cooling solar panels and data centers. It could expand access to drinking water, either through individual systems for households or larger systems for big groups such as workers or soldiers.