As growers look towards a seemingly new opportunity for indoor-grown hemp, experts advise exercising caution and conducting research before jumping in. 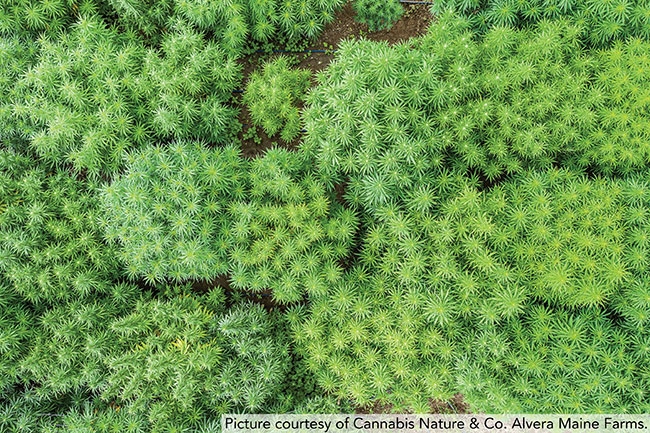 Earlier this year, industry consultant Dr. Mohyuddin Mirza spoke with a number of greenhouse growers who were interested in producing hemp as a commercial crop.

They wanted to know which hemp varieties in Canada contained higher CBD cannabidiol (CBD) levels, which would allow them to tap into a new, legal, seemingly growing market. No doubt, many had read about the non-intoxicating CBD and its allegedly positive effects on human health, from pain and anxiety to epilepsy and PTSD. And if one could grow it indoors under tight controls, maybe the potency and quality of the CBD would be higher than that grown outdoors.

Unfortunately, none of the varieties available in Canada have high enough CBD levels to be considered for commercial production and extraction, says Mirza. To import any other varieties, one has to obtain a research and development permit from Health Canada, and there are many other requirements which must be met. The potential for greenhouse cultivation is there, he adds, but like many other crops introduced to greenhouses, hemp also needs to be studied and experimented with. This one also has many regulatory, technical and production issues which still need to be worked out.

“My advice is to be cautious,” says Mirza, who has almost 40 years of experience in crop production, development and marketing. “Don’t just jump in thinking you’ll make millions — that’s not going to happen. You have to do your due diligence.”

Market size
One of the first steps should be understanding the realities of this new, shifting market, say Mirza and others. In 2018, there were about 250 licensed hemp growers in Canada and about 60,000 seeded acres of hemp, virtually all of it grown outdoors. In 2019, the Canadian Hemp Trade Alliance (CHTA) estimates there will be 120,000 to 150,000 seeded hemp acres in Canada, less than 1 per cent of which will be grown indoors.

The rise in acreage has to do with CBD and a recovery from South Korea’s hemp market closure to Canada in 2017. Still, CBD is and should continue to be a major player, says CHTA executive director Ted Haney, particularly for indoor growers. As there is no data yet from Health Canada for 2019, he estimates that about 50 per cent of Canada’s hemp acreage goes to co-harvests for seed and food only, while 30 per cent goes to co-harvests for seed, food, chaff and CBD. The rest is split between co-harvests for fibres and CBD, fibres only, and CBD only.

“In all cases, the indoor players that I’ve talked to — mainly in southern Ontario and the lower mainland of B.C. — are saying that they have a building that they weren’t fully utilizing and wanted to test what hemp can do for them indoors,” says Haney. “And almost universally, they are producing for CBD.”

As for the future, the CHTA is hoping Canada’s hemp acreage will hit 450,000 by 2023. That will be fuelled by a combination of four growing revenue streams – food, fibre, fractions and soon, livestock feed. Fractions refers to the extraction and fractionation of phytocannabinoids, including CBD, from hemp chaff (flowers, leaves and branches.) Though CBD will play a significant role, says Haney, he thinks CBD will likely never supplant food as the largest revenue stream for the hemp industry.

Market challenges
One challenge of entering the CBD market is getting a licence to grow hemp for CBD extraction. That licence is regulated under the Industrial Hemp Regulations. While this is a part of the Cannabis Act, says Haney, the process is easier, faster and cheaper than obtaining a cannabis licence. “Hemp farmers do not need to test their hemp for THC levels, as they are required to plant certified seed from approved cultivars that have been demonstrated to produce hemp plants with less than 0.3% THC in the flowering heads,” he explains. Not being required to test commercial production represents a significant cost-savings to farmers, as compared to the USA where 100% testing is mandatory. “That said,” he continues, “getting an industrial hemp growing licence is still somewhat of an ordeal, as Health Canada’s online “Cannabis Licensing and Tracking System (CTLS) – which must be used to apply for that licence – is complicated and not particularly intuitive.”

If successful, the licence allows growers to sell hemp stalk (straw) to anyone without a permit, as well as sell viable seed to food processors – and soon feed manufacturers – as long as the buyer has a hemp processing licence. Only hemp chaff is restricted for sale to licensed processors (LPs). And from what Haney has seen so far, greenhouses are lining up agreements with those LPs well before anything is ready to harvest. “Because most of them are skilled cash crop producers, all of them to the last understand that it’s a market-first business that they’re in. You don’t grow a flower, you don’t grow a tomato unless it’s already sold, so that philosophy has positioned them well in this volatile CBD market.”

That volatility may be felt a lot more over the next year or two, adds Haney, and that has everything to do with supply. Similar to the U.S., the supply of hemp to the CBD industry is increasing faster than expected, and while Canadian processors still need to buy significant volumes from wherever they can get it, that won’t last forever. “To everything there is a limit,” says Haney. And that will tend to favour lower priced product (i.e. outdoor-grown hemp). “We’re moving down the commoditization process a little faster than we thought, definitely a year earlier. So, I’d say that the indoor model is going to come under more price pressure this year than last, it will come under more price pressure next year than this.”

Technical considerations
Despite the downward pressure on expected prices, some licensed extractors that have a clear preference for indoor-grown hemp, says Haney. A big reason is that indoor-grown hemp allows for a non-pollinated, feminized production, which will result in a higher concentration crop than outdoor-grown hemp.

Another reason is that greenhouses can offer fully bio-isolated environments, and that’s particularly important to extractors focusing on a more pharmaceutical approach, says Haney. “And that may in fact for the medium to long term justify and support the continued production of indoor-grown hemp in Canada.”

Still, it’s not automatic that growing in greenhouses versus in fields will result in higher CBD contents, says Mirza. The biggest factor on this front is the hemp variety used, and in Canada right now the approved varieties have low CBD levels, usually between 0.5 and 2 per cent.

Of course, good lighting will make a difference when it’s needed, and Mirza says indoor hemp growers should take a similar approach to cannabis growers whether using high pressure sodium lights or LEDs. “Generally, a full spectrum with both blue light, visible light, and you also need the red component, so it has to be the complete spectrum,” he says. Indoor growers will also have to consider blackout curtains, because hemp plants require about 12 hours of continuous darkness during the flowering stage.

As for pests and diseases, powdery mildew, gray mold, white flies and spider mites are the most common, but there could be others on the horizon, says GGS Structures hemp expert Bob Martin. “I was at a lecture at Cultivate this summer where an expert in this field spoke and explained the work being done. Because hemp is just gearing up after so many years of inactivity, the specific insects and solutions along with the diseases are just now being seen and dealt with.” To prevent powdery mildew in particular, though, says Martin, humidity needs to be controlled, especially in the flowering stage, and cool pads along the vents can help keep the crop from being exposed to spikes in temperature.

For growing media, Mirza and Martin agree that hemp growers should stick with what they are comfortable with. Martin says he has seen successful crops grown in potting soil, rockwool, and coco fibre. “The only advice I would give is go to a reliable supplier in the greenhouse industry who can tell you the specifics about what they are selling you rather than someone’s secret mixture.”

Bottom line
So, is hemp a profitable space for greenhouse growers to add to their repertoire? Unfortunately, it’s just too soon to definitively answer this question, say everyone we talked to for this story.

Looking south of the border, recent reports suggest there has been a drastic oversupply of hemp for the purposes of CBD production, which of course drives down value. In Canada, it’s a more balanced environment because of the regulated nature of the industry and the pre-planning of Canadian producers. But as Haney observes, even here the supply is “increasing astonishingly,” and that puts great downward pressure on the value of CBD and the expected prices for hemp chaff.

While there are significant challenges with entering this market, there is still huge potential, says Martin. “Current greenhouse growers have an advantage because they understand the growing side of the business, and they understand you do not grow a crop until you have a plan for marketing and sale in place.”

Mirza agrees, saying it’s certainly a new, exciting area worthy of exploring. “There are success stories, but some are not. So, for anyone who wants to grow hemp for CBD, create a checklist with rules and regulations procedures, how you’re going to grow it, how you’re going to sell it. Don’t just do it because other people are doing it. Be educated, be aware, and use your wisdom to apply all of that knowledge.”


Related
Looking back towards the future: State of the industry
Getting to the root of lettuce tip burn
Top picks at LMHIA Growers’ Short Course
What to do when vegetables go vegetative