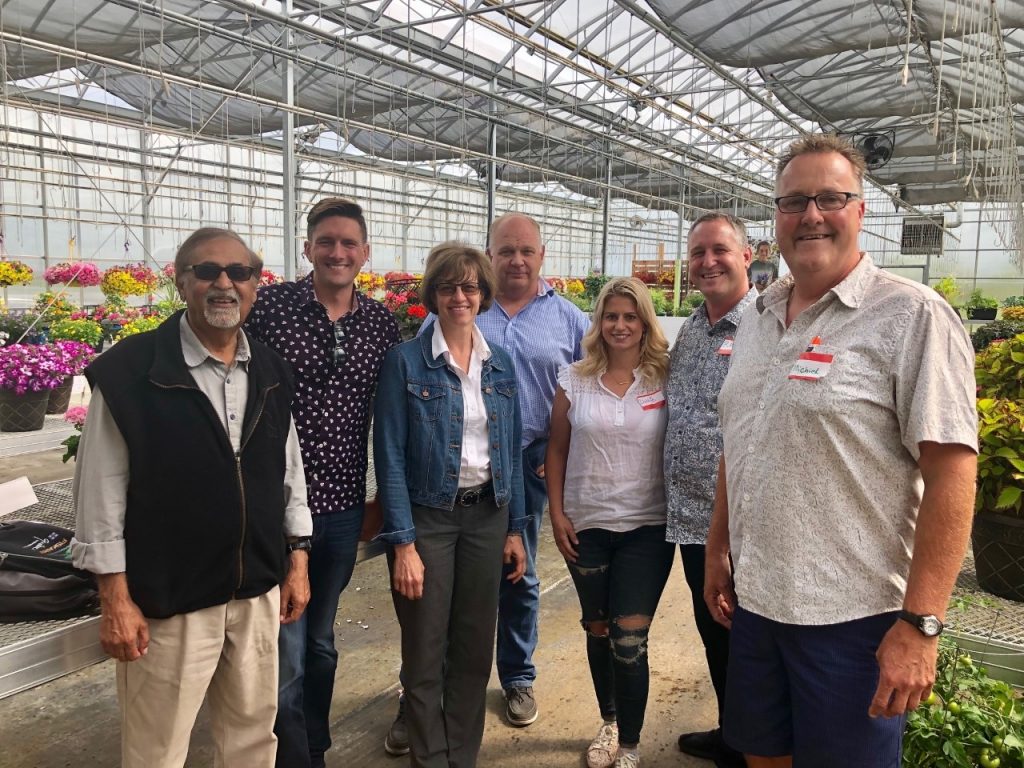 Greenhouse ornamental growers from BC, Saskatchewan and all over Alberta made their way to western Canada’s new varieties trials last week.

With over 300 new varieties spread out over 7,500 square feet of space, growers were engaged and enthused, even after long hours of driving, says event co-organizer and owner of High Q Greenhouses, Michiel Verheul.

The one-day showcase introduced new and improved varieties from multiple breeders, with side-by-side container trials grown by High Q Greenhouses. Attendees were also asked to pick their top favourites. The SunStanding Jazzy series rose to the top of the rankings with the “new and exciting variegated foliage on fully sun-tolerant hybrid impatiens”, reports Floraldaily. “Other top picks included the new Main Street Beale Street Coleus from Dümmen Orange and the Tall, Dark and Handsome geraniums from PlantHaven International.”

Foisy’s 18-year old daughter, Paige, unveiled some of her latest planter kit designs, complete with photos and design recipes of each. With complimentary colours and styles, the combinations make use of some of the best performing varieties from different breeders and have been very popular among consumers.

Verheul himself also spoke at the event, explaining that they’re “still finding new and innovative ways to use succulents.” With different sizes, colours and habits, the possibilities for their uses are far from exhausted.

As to what’s in store for next year, Foisy says they would love to see more tropicals and hints at some exciting new varieties on the market that they hope to showcase next year.

To commemorate the event, a special drink was concocted by Berg, garnished with Plant Haven’s floral varieties. The name and recipe for the drink will be included in Plant Haven’s cocktail couture book in 2020, and revealed at New Blooms next year.

Related
Container trials set for Ontario this week
What’s in store at the Green Industry Show
Top picks at LMHIA Growers’ Short Course
Looking back towards the future: State of the industry