Features Business Trends
Sales, Profits Are On the Rise

Fifth annual Greenhouse Canada Grower Survey finds respondents to be quite enthused and positive this year after very good results for many growers in 2015. 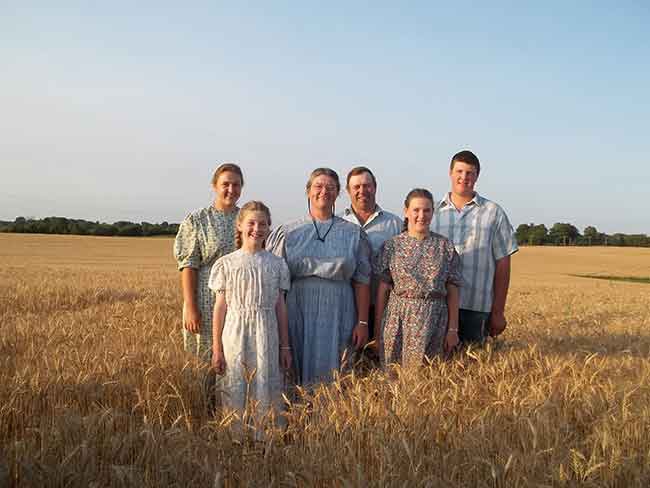 Melvin and Joanna Steckle are this year’s Grower Survey iPad Mini draw winners. The family has a small garden centre operation as part of their diversified farming operation.

There were no big surprises in our fifth annual Grower Survey as grower confidence again remains high, a sentiment echoed in the four previous reports.

Profit margins, for one, have improved over the past three years, and the majority of growers are predicting higher sales volumes this year compared to 2015’s survey.

As a quick overview, the majority of our respondents were from Ontario (55 per cent), followed by British Columbia (16 per cent), Alberta (12 per cent) and Quebec (five per cent). Saskatchewan, Manitoba and New Brunswick were also represented.

Note: all percentages in this report are rounded off; totals won’t always number to 100.

A little less than half our respondents are looking to see more products heading out the door this year. Twenty-four per cent are projecting sales increases of up to 10 per cent, while 23 per cent are counting on increases of more than that. Forty-seven per cent, however, see a flat sales year, while about five per cent are fearing declines.

BUSINESS THREATS
Again this year, we asked growers to assess the following issues and whether they will be affected: currency fluctuations, labour shortages, energy costs, markets/prices, imported competition; and taxes/regulations.

Currency fluctuations: This issue usually strikes a nerve. About 46 per cent say they are “somewhat” concerned, while 36 per cent are “very” concerned.

Labour shortages: Probably as a testimonial to the Foreign Agricultural Resource Management Service (FARMS), this is not a big concern; in fact, half of our respondents says it’s “not at all” a worry for them. Of course, on the other side of the coin, the other half say it’s a problem – “somewhat” (31 per cent) and “very” (19).

Energy costs: Whew! This issue always gets growers on edge. On the one hand, natural gas prices are low and are projected to remain low for the next few years. However, electricity prices are rising, particularly in Ontario, home to the majority of our respondents. Some 58 per cent say they are “somewhat” concerned, while 28 per cent are “very” concerned.

Markets/prices: This is another issue that keeps many growers up at night. Fifty-nine per cent say they are “somewhat” concerned, and a further 24 per cent are “very” concerned.

Taxes/regulations: This is probably the most contentious issue for growers, especially red tape and taxation level. About 54 per cent are “somewhat” concerned, and 36 per cent are “very” concerned.

BUSINESS OPPORTUNITIES
We listed four business opportunities in the survey: non-traditional products; “buy local” movement; organic/green products; and export markets. And here are the responses as to levels of interest.

Draw prize winners
Our thanks to all respondents for taking the time to complete the survey. Hopefully, it’s a fun exercise.

We know it put a smile on the faces of the Steckle family of southwestern Ontario!

Melvin and Joanna Steckle are this year’s draw winners for an iPad Mini. They’re the proud owners of Steckles’ Produce & Flowers of Harriston, situated about halfway between Guelph and Owen Sound.

The Steckles started farming as newlyweds in 1992. Crops grown on the farm provide feed for the 500 Angus cattle in their feedlot. They work about 500 acres of hay, wheat, corn and sometimes beans.

Their kitchen garden and flower hobby has grown into a small business that nicely complements the main farm operation.

The retail greenhouse keeps the family busy during the spring, growing and selling bedding plants and hanging baskets. The spring selling season merges into the summer produce season, as they handle about seven acres of market gardening produce.

Their first greenhouse was built 10 years ago, to replace a small hobby house. It’s since tripled in size to about 8,600 square feet. In addition to bedding plants and hanging baskets for retail sales, they also grow their own plugs for their market garden crops.

“The greenhouse alone is only a small part of a busy place, but it does keep us and our four children out of trouble most of the time,” Joanna says.

“My gardening hobby is really what started all this, and now it is a part of what makes the farm viable.”