Is there an advantage to using aeroponics? The answer seems to be up in the air. 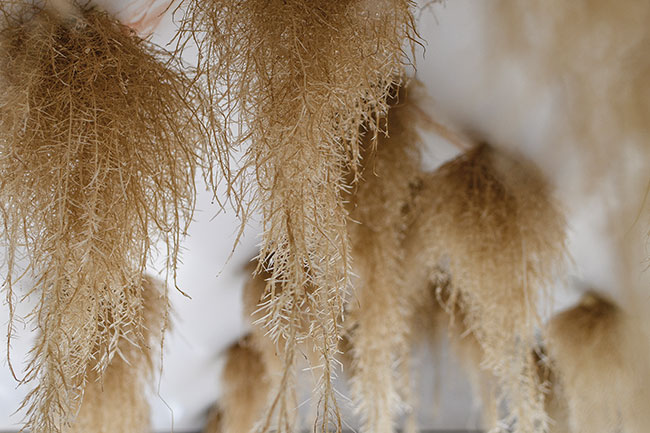 Do aeroponics produce superior products? Proponents say ‘yes,’ but their success may be rooted in the high precision and knowledge needed for this particular type of production system. Photo credit: CleanGreens Solutions

Aeroponics, as most know, is a growing method where fertilized water is misted or sprayed onto roots kept in darkened chambers.

Nozzle clogging, a historically common problem due to the nutrients in the irrigation solution, is now handled through the use of water pressure sensors and other technologies.

“Aeroponics is another type of growing system for root zone management and requires sound knowledge using water as the only medium,” says Dr. Mohyuddin Mirza, an Alberta-based greenhouse industry consultant who has worked with hydroponic, aeroponic and nutrient flow systems. “One can learn about the system, but crop losses can be avoided by gaining knowledge of water quality, nutrient ratios, recycling of nutrients and understanding how plants would response to a totally liquid medium. Growers must realize the importance of maintaining adequate levels of oxygen in the nutrient solution in an aeroponic system.”

Success with aeroponics requires much knowledge. Both root growth and the rootzone environment must be consistently monitored to ensure the crop’s success. While the nutrient solution can be completely recycled within an aeroponic system, growers need to carefully watch pH and mineral build-up. Some discard their water periodically. 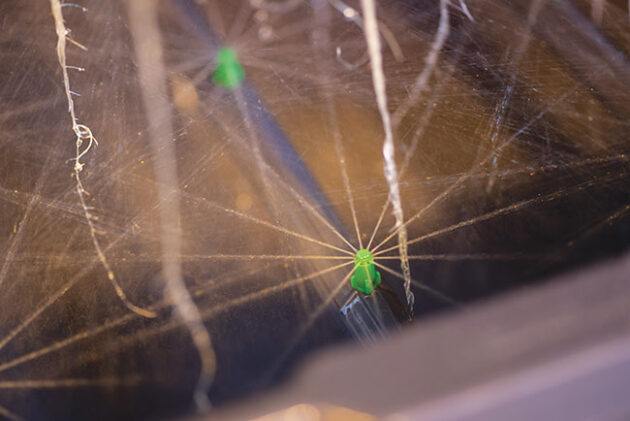 As an example, Mirza shares a previous experience working with an aeroponic grower who had trouble maintaining the right level of bicarbonates needed for pH buffering in the root zone. The growers were using reverse osmosis water which has no bicarbonates. As a result, the pH dropped below the required threshold so fast that it led to crop damage along with significant economic loss.

He points out that in the case of cannabis, the crop has a tendency to develop massive root systems as more photosynthetic assimilates are translocated to the roots rather than being supplied to the leaves, shoots or buds. “This is more pronounced in growing media which have unlimited water and nutrients,” he says. Growers must ensure that they have good knowledge of crop steering in the generative direction for water-based aeroponic or hydroponic systems.

In case of fertigation pump failure, Mirza points out that a back-up system would be critical. Plant root cells can only survive about 30 minutes without water, and as it turns out, aeroponics are not immune to pests and root diseases either.

“Growers should not assume that there will be fewer pests or diseases because of the use of an aeroponic system,” Mirza says. The roots secrete nutritious compounds or act as food themselves for fungi, pests and pathogens. Common culprits include Fusarium and Pythium. “In aeroponics, if you don’t pay attention to oxygen, root diseases can occur.”

“I have seen cannabis growers who started with aeroponic systems and then switched over to rockwool and/or coir-based media, simply because there were so many problems with root zone issues,” he adds. “On the other hand, I have also seen growers switching over to aeroponics because of the anecdotal mention of higher quality crops.”

With the depth of knowledge needed to successfully execute an aeroponic system, could it be the high level of precision that, in the end, facilitates high quality results?

For aeroponically grown cannabis, “roots are not bound by soil and expand root surface area with abandon,” says Phil Gibson, vice president of marketing at aeroponic systems maker AEssenseGrows in Sunnyvale, Calif. With healthy roots and sufficient oxygen, proper aeroponic use could help the plant benefit from efforts to boost photosynthetic efficiency.

Cannabis, says Gibson, “loves this infinite nutrient feed. This, combined with very high-intensity photosynthetic photon flux light density at the canopy surface results in very fast growth. High potency is also a result of this efficiency. Anecdotally, our customers are seeing five to eight per cent lift in cannabinoid content from plants grown in aeroponics versus the same strains grown in soil media.” His customers, he says, have been able to sell their cannabis at premiums of 25 to 40 per cent above pricing for similar shelf products.

One of AEssenseGrow’s customers is Grump Weed in Manitoba. President and CEO David Hargreaves says in addition to their choice of strains, Grump Weed’s use of aeroponics has helped create an extremely high-quality product, not just one high in THC. “We believe that smooth and clean smoke, good bud structure, bud density, trichome count, terpenes [and] flavonoids are all more important than THC,” he says. “Our main focus is increasing the quality of the product and in many ways, aeroponics helps us accomplish this.”

To ensure the cleanest growing environment possible, Hargreaves says they clean every surface of every grow room daily and fully disinfect every week.

“A good-quality premium cannabis product starts with creating the cleanest and smoothest tasting cannabis on the market,” he observes. When asked about gaining the knowledge needed for success, Hargreaves says no one on his team had aeroponics expertise when they started, but learned along the way. He explains that while the learning curve was large, having equipment that automates pH, nutrient levels, water temperature and spray cycles has helped a great deal.

Beyond cannabis, aeroponics is also being used in food production.

“Generally leafy crops like salads, herbs and those in which leaves are harvested, are more adoptable to aeroponic systems, although they grow well in soil or soilless cultivation systems as well,” Mirza says. “Vine crops like cucumbers, tomatoes and peppers are not well suited to aeroponic systems because of massive root growth and oxygen depletion.”

With its high costs and touted potential for producing quality products, it’s no surprise that aeroponics is being explored for high-value crops such as saffron.

In the field, growing saffron is complex, labour-intensive and yields are low. Within a controlled indoor growing environment, saffron could potentially be produced year-round with high yields and extremely high quality that is described as being ‘pharmaceutical level.’ In addition to saffron’s primary market as a high-end cooking ingredient, the plant is also used in cosmetics, natural medicines and dyes.

Based in Israel, Saffron Tech is developing a controlled saffron-cultivation system and recently entered an agreement with Israel’s largest agricultural research institute, the Volcani Center. Saffron Tech CEO David Freidenberg says they have purchased AEssenseGrows equipment and may be in a position to work with it by the end of this year.

Another, perhaps unexpected, food crop that may be suitable for aeroponics is the potato.

In 2014, researchers at the Brooks research facility in Alberta explored the use of aeroponics for producing seed potatoes. More recently, researchers at Jiangsu University in China published a study on aeroponically grown potatoes in 2020. They found that the operational cost amounted to one-fourth that of field cultivation in China. In addition, much higher yields were possible within a shorter period of time. The scientists found that the growth phase could last for more than 180 days, with potatoes of the desired size continually harvested, causing the initiation of new tubers.

Globally, other aeroponic technology suppliers are targeting lettuce and herb production. One of these is Switzerland-based CleanGreens Solutions, which has three installations so far of its mobile robotic systems; one in France and two in Switzerland, with two more starting in Kuwait and France in 2022. 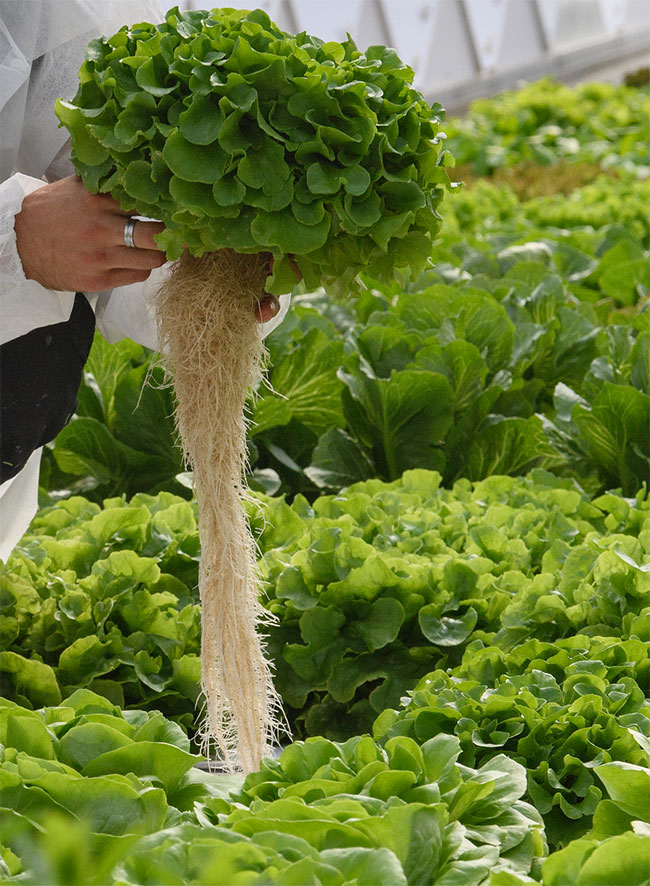 “Our irrigation robot travels under the roots and thus this allows [us] to save [on] a lot of nozzles compared to fixed systems,” explains CleanGreens Solutions’ director of operations and procurement, Céline Calais. “It overall decreases the cost of the system but more importantly, it reduces maintenance needs.”

Calais notes that for those who are undecided between hydroponics and aeroponics, the potential yield difference could be an important factor. “Yields per square metre using our system are two to three times higher than hydroponics,” she says. “For lettuces, we reach yields of close to 1,000 tonnes per hectare per year and for most herbs, we are close to 400 tonnes per hectare per year.” Calais says that in hydroponic systems, lettuce heads tend to max out at about 300 g. By comparison, she’s seen Batavia lettuce heads that can easily reach 800 g with their aeroponic technology.

She adds that, “lettuces and herbs, even if they look good in hydroponics, cannot compare to aeroponics-grown…in terms of smell, taste, and texture. Not suffering from root asphyxia enables them to develop full flavours and texture.”

In the U.S., AeroFarms sells microgreens and baby leafy greens from its aeroponic operation in New Jersey, and has operations under construction in Virginia, U.S. and Abu Dhabi, United Arab Emirates. “The next AeroFarms commercial farm will be located in the broader St. Louis region,” says Marc Oshima, AeroFarms CMO & co-founder. “We also have an…initiative, where ten community farms are coming online in Jersey City, New Jersey.”

Looking forward, Calais believes increasing uptake and awareness along with continuous R&D and tech development will drive down the capital costs of aeroponics as these factors have done for every new technology.

“Remember the cost of a computer 30 years ago and look at its price now,” she says. For her customers, the technology checks all the boxes: reliability, profitability, food safety and environmental responsibility. “They like the newness of the technology and even push us to innovate more, especially in terms of automation of the system and data science.” 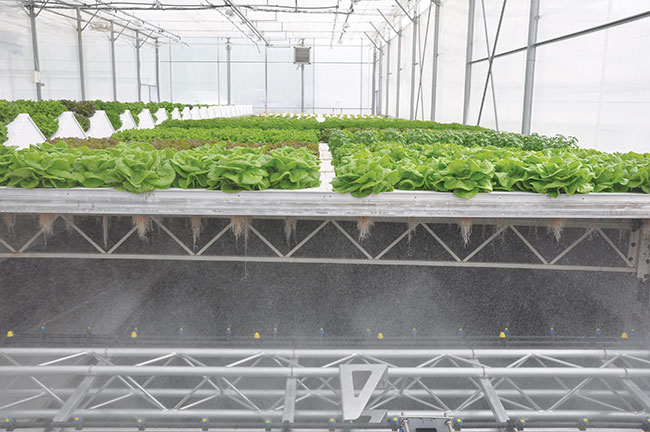