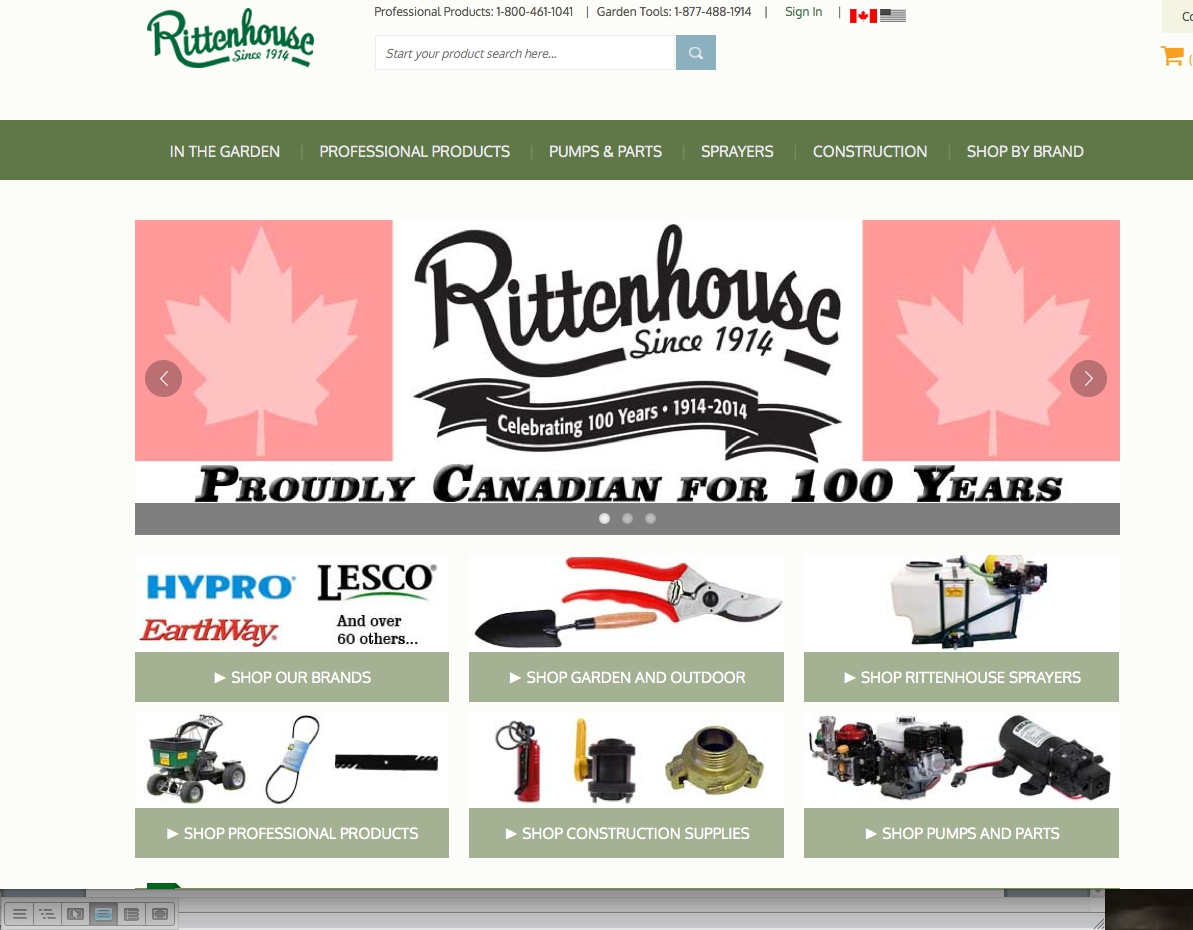 Feb. 26, 2015, St. Catharines – After more than a year in development, Rittenhouse has launched its new and improved e-commerce website.

Two years ago Rittenhouse began working on an overhaul of its successful, but dated, website. The site had been a workhorse for the company since 1999, taking thousands of orders and providing information for professionals and consumers alike.

The site was due, or overdue, for an overhaul.

That, along with the fact that the company was turning 100, meant it was a perfect time to start construction on a new site.

“We were certainly due for an updated web site, and reaching the 100 year milestone seemed to signal the perfect time to do it,” said company president Mark Rittenhouse.

The new site is focused on simplicity and function. Customers will enjoy easier category navigation, and enhanced search capabilities, thus increasing the efficiency of their shopping task.

“Presenting a clean look coupled with easy navigation was imperative for this web site,” says Rittenhouse.

Rittenhouse is a third generation, family owned company based in St.Catharines. It has been selling horticultural tools and equipment to the green industry across North America for over 100 years.