May 13, 2019
By U.S. DEPARTMENT OF AGRICULTURE Agricultural Research Service (Edited)

May 13, 2019By U.S. DEPARTMENT OF AGRICULTURE Agricultural Research Service (Edited) 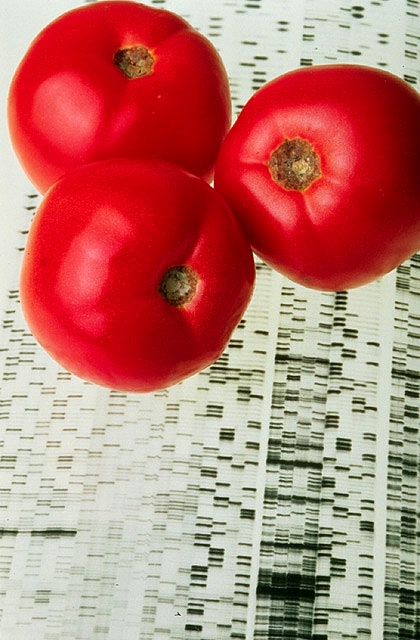 Scientists have identified a gene that could help boost the flavour of store-bought tomatoes.

Researchers at the Agricultural Research Service (ARS) and Boyce Thompson Institute (BTI) recently published a paper in the journal Nature Genetics, identifying a rare form of a gene known as TomLoxC. “The gene influences fruit flavour by catalyzing the biosynthesis of a number of lipid (fat)-involved volatiles – compounds that evaporate easily and contribute to aroma,” explained molecular biologist James Giovannoni at the ARS.

The rare version of TomLoxC was found in only two percent of older or heirloom cultivated large tomato varieties, and was present in 91 percent of currant-sized wild tomatoes, primarily Solanum pimpinellifolium, the wild predecessor of the cultivated tomato. It is becoming more common in newer varieties.

“The increase in prevalence of this form in modern tomatoes likely reflects breeders’ renewed interest in improved flavour,” Giovannoni added.

Rather than working on the genetic material of a single variety, this work came from mapping out the pan-genome of the tomato, which include all of the genes from 725 different cultivated and closely related wild tomatoes. Their research revealed 4,873 genes that were previously unidentified and could be used for future crop breeding.

In modern times, breeders have concentrated on traits such as yield, shelf life, disease resistance and stress tolerance, traits that have been economically important to growers. With the availability of this wide array of specific genetic information, breeders should be able to work quickly to increase the flavour of store bought tomatoes while preserving the traits that make them an economically advantageous crop.