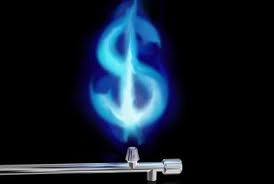 Canadian demand for natural gas is projected to double by 2035. (Courtesy of IPAA.org.)

Natural gas investment and production is expected to add nearly $1 trillion to the Canadian economy over the next 24 years, according to a Conference Board of Canada analysis.

“Clearly, the natural gas industry contributes to Canada’s economy and to the economy of each province,” said Len Coad, director of environment, energy and technology policy. “While the benefits are most concentrated where natural gas is produced, economic impacts are felt in manufacturing, construction and services industries in all provinces.”

The analysis published in the report The Role of Natural Gas in Powering Canada’s Economy includes direct, supply chain and other effects in order to quantify the full economic footprint of the industry.

The Conference Board estimates that Canadian demand for natural gas will double between 2012 and 2035. This estimate is based largely on three factors: natural gas demand for bitumen production (Alberta’s oil sands), electricity generation (largely in Alberta and Ontario), and exports of liquefied natural gas (LNG) in British Columbia. However, Canada’s growing demand will be met by declining exports to the United States; over the forecast period, Canadian natural gas production will remain roughly constant.

Still, the Conference Board estimates that natural gas industry will invest $386 billion (in 2012 dollars) over the next quarter-century to maintain production levels. The investments will be centered in British Columbia ($181 billion) and Alberta ($154 billion).

The upstream industry, which includes exploration, production, gathering systems, and liquids extraction facilities, will account for almost 76 per cent of the total investment.