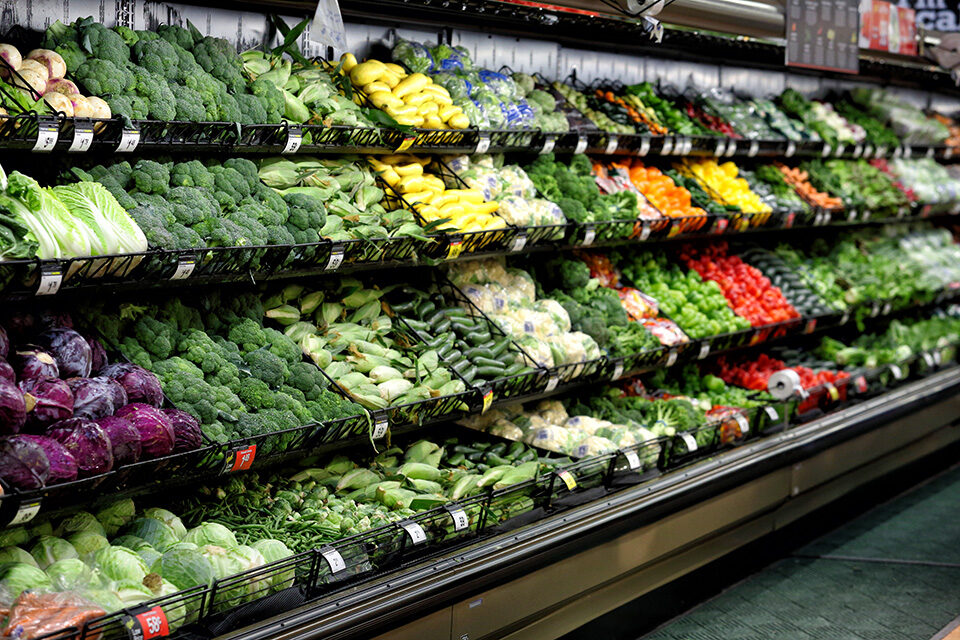 Ontario consumers are spending more on fresh produce than before and vegetables came in strong, according to a 2020 report on Ontario retail produce.

Vegetables saw an 11 per cent increase in sales compared to their fruit counterparts which grew by 6.1 per cent.

Among the vegetables, tomatoes, potatoes and peppers saw the highest growth in sales. Potatoes, onions and carrots experienced the largest increase in tonnage.

“Growth can be attributed to more at-home cooking during the pandemic and possibly consumers replicating their favourite restaurant meals at home. Resulting in a bump in vegetable sales and a desire to try non-conventional produce items,” says the Ontario Produce Marketing Association (OPMA), author of the report.

Oranges, strawberries and cherries topped sales growth among fruit, while avocados, watermelon and oranges led by growth in tonnage.

“The findings of this report indicate increased grocery spend on fresh produce,” noted OPMA President, Michelle Broom. “Whether it’s being driven by a desire to build immune defenses in the face of a pandemic, or wanting to experiment with different flavour profiles, Ontario consumers are spending more time than ever in the produce aisle.”

Consumers are also reaching for more exotic choices. Citrus, Asian and Indian vegetables including cooking roots such as garlic, ginger and turmeric, led the way in year-over-year growth.

“This research points to unique opportunities for both suppliers and retailers,” said Mike Mauti, managing partner at Execulytics Consulting. “While consumers are still doing a lot of their cooking at home, it’s a good time for suppliers to diversify with a larger variety, perhaps adding specialty or multicultural vegetables into their offering. Retailers can capitalize on the growing desire for exotic fruits and look at in-store merchandising changes to strengthen this category.”

Underperformers among vegetables and fresh produce included salad greens and Italian vegetables, in sales and tonnage. Fruits that saw a decline in tonnage growth include cut fruit, grapes, apples and pears. “A decline in these commodities can be explained by the consumer’s desire to experiment more with their home cooked meals,” says the OPMA.

The report was based on NielsenIQ MarketTrack data for fresh produce sold in Ontario grocery banner, mass merchandiser and drug channels for the 52 weeks ending October 3, 2020.  Additional analysis was conducted by Execulytics Consulting.


Related
Consumer tastes prefer local, organic and fair trade produce
Looking back towards the future: State of the industry
What to do when vegetables go vegetative
BC cannabis growers excluded from carbon tax relief