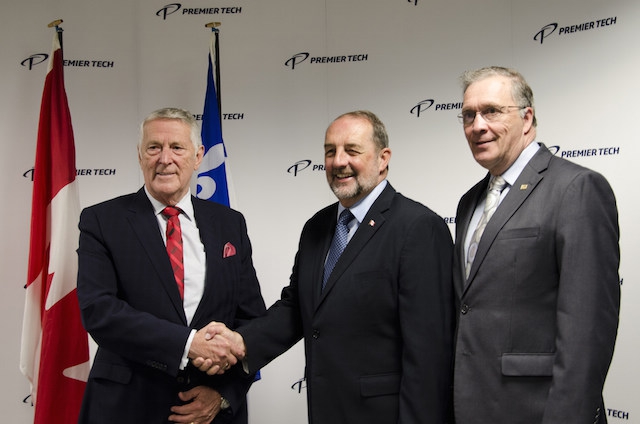 The company has signed a $8.3 million refundable contribution agreement with Canada Economic Development, assisting with the investment program.

MP Denis Lebel, minister of infrastructure, communities and intergovernmental affairs and minister of the Economic Development Agency of Canada for Quebec, was on hand for the signing ceremony.

The program will help create 45 Canadian jobs, mainly in in the Rivière-du-Loup region.

Premier Tech has identified promising development niches and will implement a unique and significant IR&D capacity in its three core industries at the international level.

“Our continued and sustained investments in innovation have fueled our commercial successes and allowed us to record an annualized growth rate of 11.5 per cent over the last 25 years,” said Bernard Bélanger, chairman of the board and chief executive officer.

“This new partnership with Canada Economic Development will give us the latitude to fully leverage our innovation capacities as well as the potential of the business sectors targeted by IDEE.”