Sept. 30, 2011, Toronto — York University bee researcher Clement Kent
has been awarded the Pollinator Advocate Award of Canada – not for his
work in the lab, but his efforts in the garden.

Sept. 30, 2011, Toronto — York University bee researcher Clement Kent has been awarded the Pollinator Advocate Award of Canada – not for his work in the lab, but his efforts in the garden.

Kent, president of the Horticultural Societies of Parkdale and Toronto, founded the Pollinator Garden Project two years ago to teach gardeners, members of the public, and school children how to create and conserve habitat for pollinators. 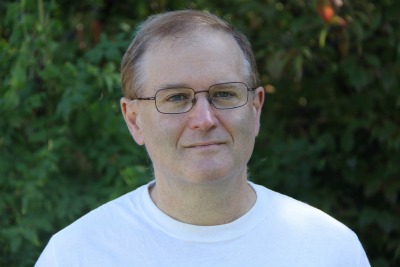 A postdoctoral fellow in the Department of Biology in York’s Faculty of Science & Engineering, he is the only Canadian to receive the award this year from the North American Pollinator Protection Campaign (NAPPC). The NAPPC is made up of more than 120 groups of scientists, researchers, conservationists, government officials and volunteers who lead programs to protect pollinators.

“A pollinator garden is a garden that maximizes chances for food, nesting, and survival, for any kind of pollinator – so we are not focused on just bees, or birds, or butterflies,” says Kent. “That means it needs to have leaves that caterpillars eat, flowers chosen specifically for hummingbirds, and nesting sites like stems, or places in the ground for bees.”

A gardener for many years, Kent left a successful career in the software industry to earn a PhD in biology. He now uses his background in math to do genetics and genomics research in Professor Amro Zayed’s bee laboratory at York.

“I found myself working in a lab at York where Professor Bridget Stutchbury, who wrote Silence of the Songbirds, is down the hall. In the other direction is Professor Laurence Packer, who wrote Keeping the Bees. A lot of what they are talking about is habitat,” says Kent. “I recognized that gardens can be very good habitat if they are managed properly, so I decided to spread the word.”

The NAPPC will present Kent’s award at an international conference at the Smithsonian Institution in Washington in late October.

Click here for information about the Pollinator Garden project.