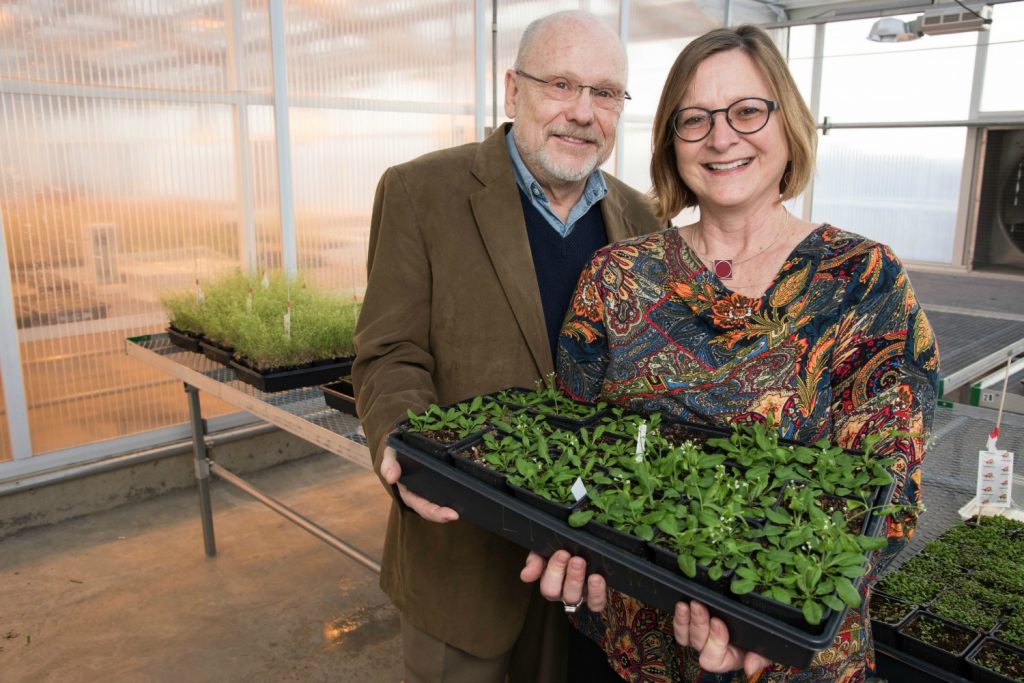 Often, this damage takes the shape of areas chewed by insects that are easily observed. However, much of the important responses plants make to insect bites takes place out of sight.

In one of the broadest studies of its kind, scientists at the University of Missouri recently studied how plant genes responded to insects that harm them.

They found that plants can recognize attacks from diverse kinds of insects, such as caterpillars and aphids, and that plants respond differently to each attack. Identifying these defense genes could allow plant breeders to target specific insect species when developing pest-resistant crops.

“It was no surprise that plants responded differently to having their leaves chewed by a caterpillar or sucked by an aphid,” said Heidi Appel, senior research scientist in the Division of Plant Sciences in the College of Agriculture, Food and Natural Resources, an investigator in the Bond Life Sciences Centre at MU and lead author on the paper.

“What surprised us was how different plant responses were to each of the caterpillars and aphids. The plants could clearly tell insects apart – they really seem to ‘know’ who’s attacking.”

Two caterpillar species were placed on the plants and encouraged to chew on their leaves. Researchers also allowed two species of aphids, or small insects that pierce plants with needle-like mouthparts, to attack the plants. Then those plants were examined on the genetic level to gauge their responses.

The team, which also included scientists from the University of British Columbia and The Pennsylvania State University, found that plants responded differently to both species of caterpillars and both types of aphids and determined that plants had different genetic responses in all four cases.

Additionally, insects caused changes on the signaling level that triggered genes to switch on and off helping defend plants against further attacks.

“There are 28,000 genes in the plant, and we detected 2,778 genes responding to attacks depending on the type of insect,” said Jack Schultz, director of the Bond Life Sciences Centre at MU and a co-author on the study.

“If you only look at a few of these genes, you get a very limited picture and possibly one that doesn’t represent what’s going on at all. Turning on defence genes only when needed is less costly to the plant because all of its defenses don’t have to be ‘on’ all the time.”

A sister study, led by Erin Rehrig, a doctoral student at MU at the time of publication, showed that attacks by both caterpillars and beet armyworms increased plant hormones that trigger defense responses.

However, plants responded quicker and more strongly when fed on by the beet armyworm compared to the cabbage butterfly caterpillar indicating again that plants can tell the two insects apart.

“Among the genes changed when insects bite are ones that regulate processes like root growth, water use and other ecologically significant processes that plants carefully monitor and control,” Schultz said.

“Questions about the cost to the plant if the insect continues to eat would be an interesting follow-up study to explore these deeper genetic interactions.”

The study, “Transcriptional responses of Arabidopsis thaliana to chewing and sucking insect herbivores,” and its sister study, “Roles for jasmonate- and ethylene-induced transcription factors in the ability of Arabidopsis to respond differentially to damage caused by two insect herbivores,” were published in Frontiers in Plant Science and funding was provided by the National Science Foundation (DEB 0313492).

(The content is solely the responsibility of the authors and does not necessarily represent the official views of the funding agency.)

For more on this story, visit “Harm and Response.”

Jeff Sossamon is a research information specialist at the University of Missouri.