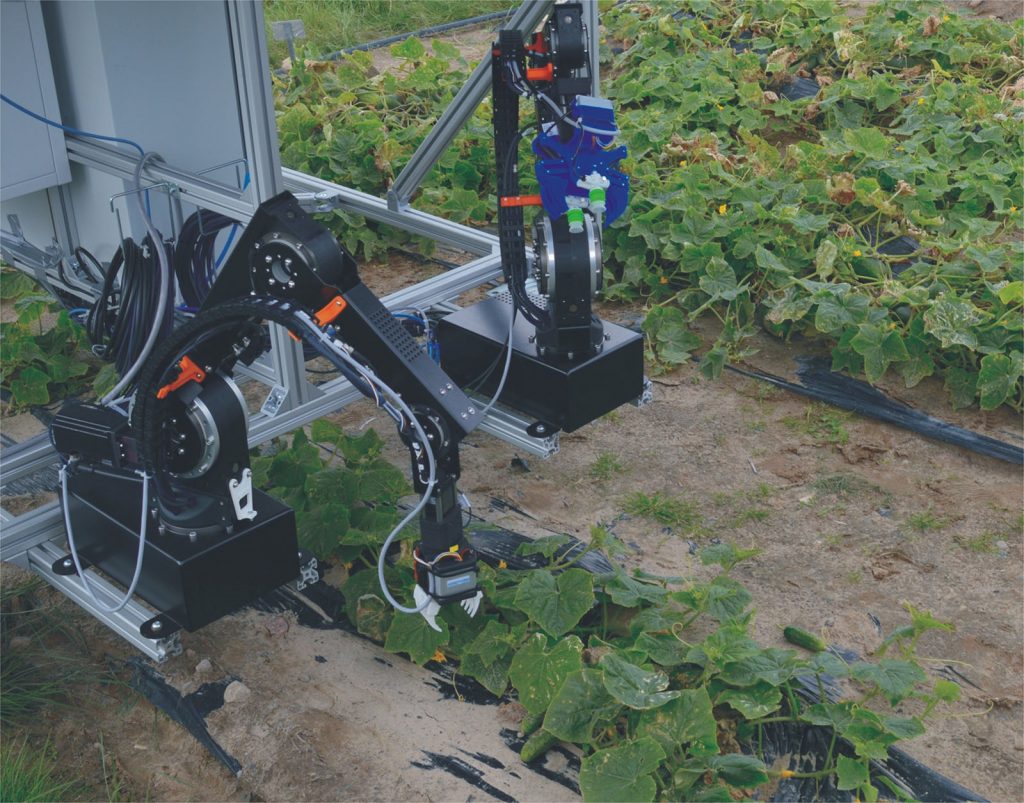 Somewhere in Germany, there’s a robotic arm being created to harvest cucumbers.

Meant for pickling, these cucumbers are typically hand plucked by seasonal workers who lie on the winged extensions of a machine known as a “cucumber flyer”.

With rising costs and the introduction of a minimum wage in Germany, much of the cucumber farming has begun moving out to Eastern Europe and India. In an effort to maintain the economic viability of cucumber farming, experts at the Fraunhofer Institute for Production Systems and Design Technology IPK are developing a lightweight, cost-effective solution to an otherwise labour-intensive and uneconomical harvest process.

Partnering with the Leibniz Institute for Agricultural Engineering and Bioeconomy in Germany and the CSIC-UPM Centre for Automation and Robotics (CAR) in Spain, researchers aim to develop a robotic arm that can distinguish ripe cucumbers from the surrounding greenery, then use two gripper arms to gently pick and store them without pulling the crop from the soil.

In other words, it needs to see, touch and harvest the crop like a human.

Researchers are looking into multispectral cameras and intelligent image processing to help the robot arm “see” the cucumbers. Currently, this camera system can help it locate approximately 95 percent of the cucumbers. Now all it needs to do is determine ripeness. Three gripper prototypes are also being developed.

Drawing on their previous work on a robotic control system for industrial assembly, researchers are coming up with an intelligent system to mimic human behaviour.

As Dr. Dragoljub Surdilovic, a scientist at Fraunhofer IPK, explains in their news release, “The robot can, for example, push leaves to the side using symmetrical or asymmetrical movements, or congruent and incongruent movements. As a result, it can automatically change directions on the fly to approach and then grasp a cucumber.”

Project researchers put the system to a field test last July. They are now working on additional tests in a greenhouse setting.

The project was unveiled at Agritechnica last November, one of the world’s largest trade fairs for agricultural technology.