May 28, 2013, Richmond, B.C. — Phoenix Perennials is not shy with its gardening promotion efforts.

May 28, 2013, Richmond, B.C. — Phoenix Perennials is not shy with its gardening promotion efforts.

It was selected as the winner in the category of “Growing Gardeners” at the Chrysler Garden Centre of the Year Awards for their efforts in 2012.

This category recognizes their work to encourage gardening in the community.

“The judges were impressed with Phoenix Perennials focus on promoting perennials and that education was such a key focus for the nursery,” says Canadian Nursery Landscape Association representative Rebecca Doutre. 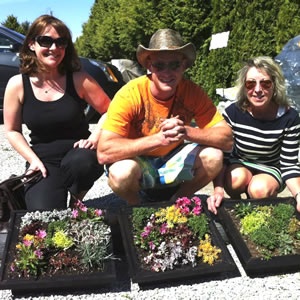 Phoenix Perennials hosts a number of events to attract customers into the store, including a wide range of workshops for all ages.

“We have always been dedicated to education at Phoenix Perennials,” says Phoenix Perennials owner Gary Lewis. “We offer about 30 different workshops a year on diverse topics. I give up to 15 garden club and garden show talks a year and we have lots of online content with our e-newsletter, email alerts, Facebook, Twitter, YouTube and Pinterest.

“We are also dedicated to one on one education and are always happy to meet any gardener at whatever level they are currently at in their gardening expertise.”

Lewis also says that he tries to focus on encouraging gardening among different generations of gardeners. 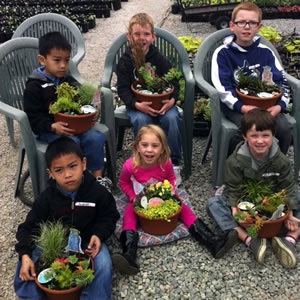 Excellence program. The awards help recognize the professional work of the Association’s retail members in various categories which include Growing Gardeners, Growing the Environment, and Growing Sales, among others.

Gary Lewis took over Phoenix Perennials in 2004 and has since expanded the nursery to include what he believes might be the largest selection of perennials in Canada with over 4000 different species and cultivars offered each year.

Lewis is the Canada Region Director on the board of the Perennial Plant Association, the North America industry group for retailers, wholesalers and designers who work with perennials. He also serves on the Perennial and Bulb Selection Committee of Great Plant Picks and as Image Bank Coordinator for E-Flora B.C., an online atlas of B.C. native plants. 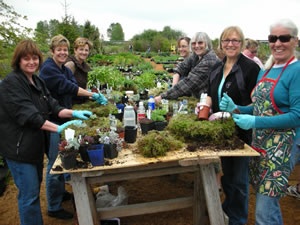