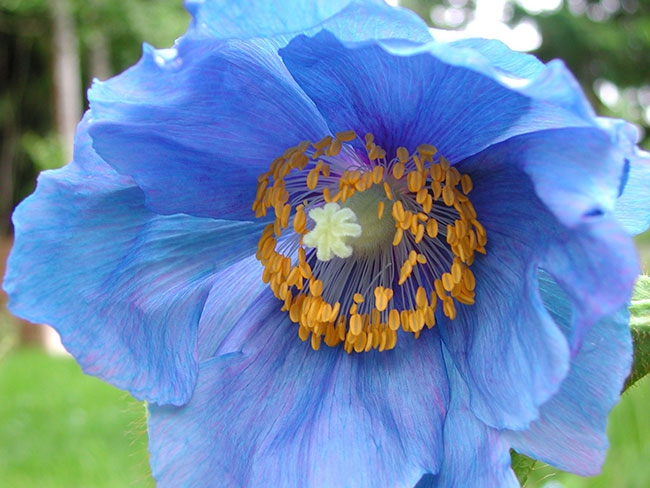 Meconopsis ‘Lingholm’ has been one of the company’s most popular mail order items over the last two years.

February 2015 – Phoenix Perennials is building on its success as British Columbia’s destination nursery for cutting edge and rare plants by going national with a new mail order division to supply plants to gardeners across Canada.

This is their third year offering this service as Canada’s newest mail order nursery.

“It was a difficult decision to launch a mail order service,” says company owner Gary Lewis. “While the retail nursery and the mail order division are in some ways complementary, they can also conflict with each other logistically in staffing, inventory and marketing. Not only that, mail order is essentially a new business that needs to build its own client base almost from scratch.

“It was the pleas of gardeners across Canada who were finding rare plants on our website and begging us to ship to them that finally convinced us. As avid plant lovers at Phoenix, we couldn’t bear to deny them!”

Lewis says they purposely launched the service slowly over the first few years and limited marketing to their digital content and to small advertisements in a few national magazines. This allowed them to develop their online shopping cart system, shipping methods and administrative system to best serve mail order customers while integrating the new division into the larger business.

About 500 plants from their overall catalogue of 4,000 will be included in their mail order offerings each year. Asked how they narrow it down,  Lewis says that it comes down to offering an exciting product mix that is different than other mail order companies while accepting the reality of shipping.

“We have to select plants that have a long period of availability and good inventory levels. Then we have to decide if the plant can tolerate up to a week in the dark travelling from coast to coast to coast!”

Phoenix Perennials is an award-winning, cutting edge plant nursery located in Richmond, B.C. Lewis became company owner in 2004 on his 28th birthday. Since that time he has greatly expanded the nursery to include one of the largest and most exciting selections of perennials in Canada filled with plants hard to find anywhere else.

He strives to include cutting edge new perennials, tried and true garden stalwarts, and the rare and unusual in his plant offerings.

In 2014, Lewis was selected as one of Canada’s “Top 10 Under 40” award-winners by Greenhouse Canada magazine.

In 2012 and 2013, Phoenix Perennials won the category of “Growing Gardeners,” part of the Chrysler Canadian Garden Centre of the Year Awards.

In 2013, Lewis was selected as Communicator of the Year by the B.C. Landscape and Nursery Association, an award for which he was nominated in 2012. Both awards recognize his work to educate and inspire the gardening public through speaking engagements, nursery workshops, special events and diverse online content.