News
Perennials To Watch in 2016

It’s a case of ‘Stuff We Know,’ ‘Stuff We’ve Heard,’ and ‘Wait …What(?)’ as we look at the familiar and the foreign in the world of interesting perennials 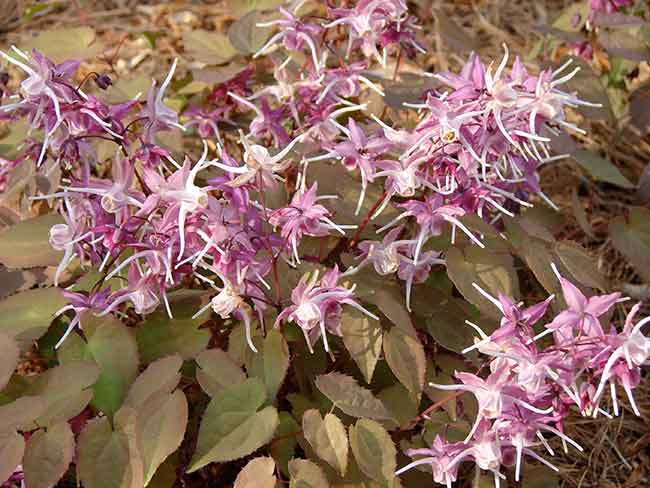 It’s late, but there’s still time to get perennial orders in order for spring shipment. What’s likely to sell in 2016? I’ve grouped my guesses into Stuff We Know, Stuff We’ve Heard Of, and Wait …What?

Versatility: Millennials habitually do three things at once, so everything they own must multitask. Ergo, your garden should be attractive AND edible, or attractive AND a way to save the world. Buying American Beauties brand natives (a) provides bird and bug habitat and (b) supports environmental causes. Plant for the Cure and Pink Ribbon Plants programs raise funds for breast cancer research.

My favourite switch-hitter, Asclepias tuberosa, always sold pretty well, but only lately have retailers told me they can’t keep it in stock thanks to pollinator/ butterfly gardens.

Gardeners and landscapers have grown leery of hyped plants that don’t outperform tried-and-true varieties. Somewhere between oddity and commodity, between “New & Risky!” and “Yawn … ” is the sweet spot where profits live. Here are three groups undergoing major developments.

Heuchera: In a three-year Heuchera trial at Mount Cuba Centre in Delaware that ended this year, the winner was ‘Citronelle.’ True to its name, it burns like a candle even in part sun. Mount Cuba pegs its sun tolerance at zero hours per day. But in shade, it scored 4.7 of a possible 5.

Echinacea: Mount Cuba also trialled Echinacea for three years, ending in 2009. Breeders have been so busy since then, that of 50 types trialled, only a few retain market prominence today: ‘Coconut Lime’ from Plants Nouveau; three from Terra Nova – ‘Fragrant Angel,’ ‘Tiki Torch,’ and ‘Hope,’ a Plant for the Cure variety; ‘Fatal Attraction’ from Future Plants; and ‘Elton Knight’ and ‘Pica Bella’ from PlantHaven.

Too new for those trials, but winning favour in the trade are: Darwin’s Sombrero and PowWow varieties, Plants Nouveau’s Butterfly series, and ‘Cheyenne Spirit.’

Nearly half the sedums are from Terra Nova, some bred for an interesting trait: Seed colour. Why? Picture the classic Sedum ‘Autumn Joy’ (Hylotelephium ‘Herbstfreude’ for purists): the inflorescence segues from green to pink to russet, and then you dead-head it because it’s brown.

In the small/compact category, Festuca Beyond Blue is gaining on ‘Elijah Blue’ and ‘Boulder Blue.’ But save room for ‘Cool as Ice’ from Intrinsic Perennials in Illinois, which is looking very promising.

Natives: At a recent trade show, Schizachyrium ‘Standing Ovation’ from North Creek Nurseries got lots of attention. Great colours, and it really stays upright as others sag. Supply of Panicum ‘Hot Rod,’ after a couple of frustrating seasons, is finally approaching demand. Carex pensylvanica continues its roller-coaster ride: Can’t keep it in stock one year, can’t move it the next. Demand follows big landscape contracts, mainly public jobs.

STUFF WE SORTA KNOW
Epimedium: Creek Hill Nursery in Pennsylvania grows 14 varieties of “barrenwort,” a niche plant some deem ready for bigger things. It’s a consistent also-ran for Perennial Plant of the Year honours from the Perennial Plant Association.

“They’re great plants for dry shade,” says president Ron Strasko. “The flowers are small, but they have great foliage. There aren’t many growers doing starters, because they’re not easy. But with bare root, there are virus issues.”

Creek Hill’s best seller is E. xversicolor ‘Sulphureum.’ Ron’s favourites are ‘Purple Pixie’ and ‘Orange Queen.’ He’s building stock of ‘Pink Champagne,’ because “everyone’s raving about it.” Says Strasko, “we can sell every Epimedium we can grow.”

Anemone: As if to prove the point that NEW isn’t everything, 2016’s Perennial Plant of the Year is Anemone ‘Honorine Jobert,’ introduced in 1858. Expect a sales uptick in the whole genus from the POTY’s ripple effect.

WAIT, WHAT?
It’s good to see newcomers vying to crack a market increasingly served via risk-averse channels. It’s also good to remember that every common thing we sell was once strange and novel. Cheers to those who bring us shiny new things.

Mukdenia: I first saw this at Terra Nova in Oregon two years ago. They’ve crossed it with Bergenia, creating xMukgenia Nova™ Flame. Despite the awful name, it has serious potential. Hardy to Zone 4, it forms tidy, Heuchera-like mounds of toothy, leathery leaves, puts up pretty pink flowers, and takes on great fall color. A lot to like.

Hardy Orchids: Not long ago this whole family was a fanatic’s hobby, or a flower to pin on for prom. Now, it’s the #2-selling potted plant. Can it find a little of that success in the garden? Cyprepedium and Bletilla are the leading candidates.

Eucomis, a.k.a. Pineapple lily: A neat, short vertical accent, but Zone 7 doesn’t cut it in most of North America. That’s 0 F, or -17 C – not exactly a tough Canadian winter. It’s finding itself among the tender bulb crops.

If you’ve sold perennials for years, and you’ve been paying attention, your guesses are probably as good as mine. You’ve seen mine. What are yours?

John Friel is the marketing manager of Emerald Coast Growers. Visit their website at www.ecgrowers.com. For photos, visit our online posting of this feature.