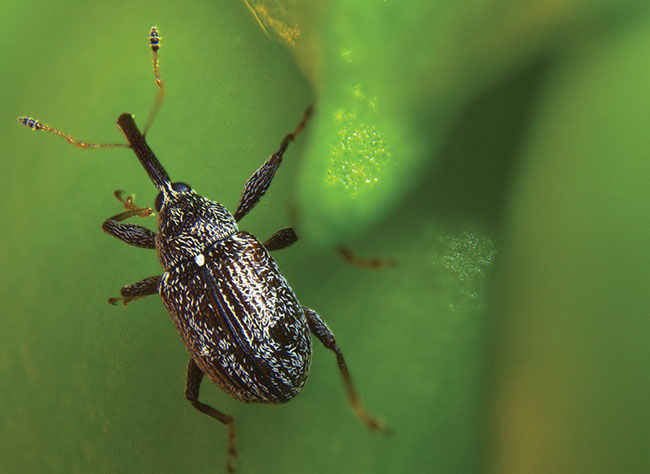 The pepper weevil can be a difficult pest to control. Research in parts of North America show signs of populations becoming resistant to conventional pesticide products. ALL PHOTO CREDITS: AAFC

The pepper weevil is a native North American pest with origins in Mexico. While it does not overwinter outdoors in Canada, it is routinely re-introduced with pepper imports from regions where the pest is prevalent.

Beginning in 2009, pepper weevil has periodically appeared in Ontario, but only in 2016 was it considered a major crop pest when it incurred significant greenhouse and field pepper crop losses. These economically damaging pepper weevil populations were linked to mild winters and hot summers during 2015-16, which enabled early and rapid pest population growth and spread. Since then, Ontario’s greenhouse pepper industry has made many transformational changes which have greatly mitigated the reoccurrence of pepper weevil in Canada. But the threat posed by this pest remains.

Some of the challenges related to pepper weevil management are that most life stages – including the egg, larvae and pupae – occur inside buds and pepper fruit. Coupled with the adult’s instinct to hide in and around crops, these behaviours make it difficult to effectively monitor and control this pest. As a result, the mostly hidden pepper weevil easily persists in crops, where it is protected from insecticide treatment and can trigger premature fruit loss through egg laying and larval feeding.

In addition, the pepper weevil is challenging to control through many conventional insecticides. Research in Mexico and the US indicates that some populations are becoming resistant to conventional products including carbamates, organophosphates, organochlorines and pyrethroids. Given this resistance, and the fact that Canada already has a limited toolkit available for managing pepper weevil, the entomology research team at Harrow Research and Development Centre, supported by Ontario Greenhouse Vegetable Growers and the Canadian Horticultural Council, set out to identify new solutions for pepper weevil management in Canadian greenhouses.

We conducted extensive product screening to assess multiple new insecticide products labelled as reduced-risk (biorational), conventional, and biopesticides. In total, our team completed five rounds of insecticide testing in laboratory and greenhouse crop settings. We assessed 16 different compounds at up to three different doses each and observed whether they could lead to adult pepper weevil mortality and reduced crop injury. 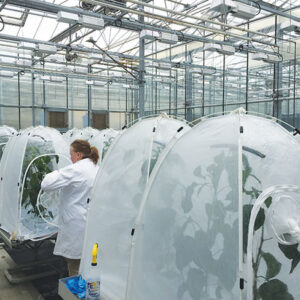 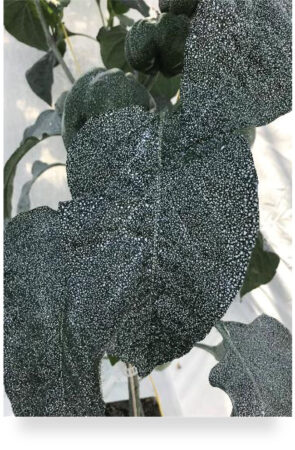 Surround works through two relatively unique mechanisms. It is both a potent irritant to the insect itself and also deters feeding and egg laying when applied to crops. As such, researchers observed both a direct mortality of adult weevils following Surround applications, the greatest reduction in premature fruit loss, and the lowest number of weevil offspring emergence measured among the different pesticides tested on greenhouse crops. In other words, this product could ultimately help protect crop yield.

Pure Spray Green also worked well to control adult pepper weevil, to minimize fruit loss and was the next best product for reducing weevil offspring emergence. This input suffocates all exposed stages of the pest, damaging their cuticles and acting as a repellent.

Other benefits of both Surround and Pure Spray Green include reducing the risk of resistance development in either pepper weevil or other pests and their potential compatibility with organic production.

One challenge however is that Surround leaves a residue on pepper fruit and leaves. While this residue does not affect fruit production, it does represent a need for treated fruit to be washed prior to sale. Alternatively, treatments can be made after last harvest when residue is no longer a concern. Using this strategy, a superior crop clean out can be achieved, limiting the carryover of pest populations between crop cycles.

Product labelling and registration in progress

Data from this research is being used in the pursuit of label expansions through the User Requested Minor Use Label Expansion (URMULE) program at the Pest Management Regulatory Agency (PMRA). Requests will include product uses for management of pepper weevil on greenhouse and field pepper crops in Canada.

To date, kaolin clay has been submitted to the PMRA for use against pepper weevil in greenhouse peppers.

To growers who have known and suffered the wrath of this destructive pest, it’s worth knowing that new effective products have been identified with the potential to improve pepper weevil management in Canada. This is particularly important for organic greenhouse producers as otherwise, there is no insecticidal product currently available for use on pepper crops. Furthermore, these products with novel mechanisms will be useful for resistance management, representing potentially more compatible complements to existing biological control organisms routinely used on greenhouse pepper crops. More information on use patterns will become available as products are registered for use on greenhouse pepper crops.

This article is based on research originally published in the Journal of Economic Entomology and available online at: https://doi.org/10.1093/jee/toaa092

Acknowledgements: The research team involved in this work includes Dana Gagnier, Rebecca Rizzato, and Hannah Thibault of AAFC; Amanda Tracey of OMAFRA who provided technical assistance and collected trial data; as well as Jim Chaput (retired) and Hannah Fraser of OMAFRA who contributed to label expansion and new registration packages submitted to PMRA.

Roselyne Labbé, PhD, is a research scientist in greenhouse entomology at AAFC’s Harrow Research and Development Centre. Cara McCreary is the greenhouse vegetable IPM specialist with the Ontario Ministry of Agriculture, Food and Rural Affairs (OMAFRA). Matthew Brazil is a student in the Horticultural Technician Program at Niagara College.

This is one in a series of research updates, written in collaboration with students in the Hort1346 Greenhouse Production Course at Niagara College and initiated by instructor Sebastien Jacob.

Related
Helping growers learn the ABCs of IPM
Friendly but deadly: Getting to know your mycoinsecticides
Can parasitic wasps effectively kill the pepper weevil?
Friends with benefits: Biopesticides and biostimulants